If you can’t take any more sadness on This Is Us, you’re in luck. The Season 2 finale will give fans something that’s been missing from the recent storylines: happiness. The minds behind the NBC hit-drama recently told The Hollywood Reporter that lighter episodes are in the show’s future. Think more Randall being dad of the year, and less Kevin being the worst son ever. But, when is the season finale of This Is Us? It feels like the second season just started, yet the much-awaited finale airs Wednesday, March 13.

The celebratory episode will give viewers a front-row seat to Kate and Toby’s wedding. “It’s always so much fun for us whenever we can have all of our characters in one place, which is a little rare because of the nature of the show and everyone living on different coasts,” executive producer Isaac Aptaker revealed.

What else can you expect? More flash-forwards. 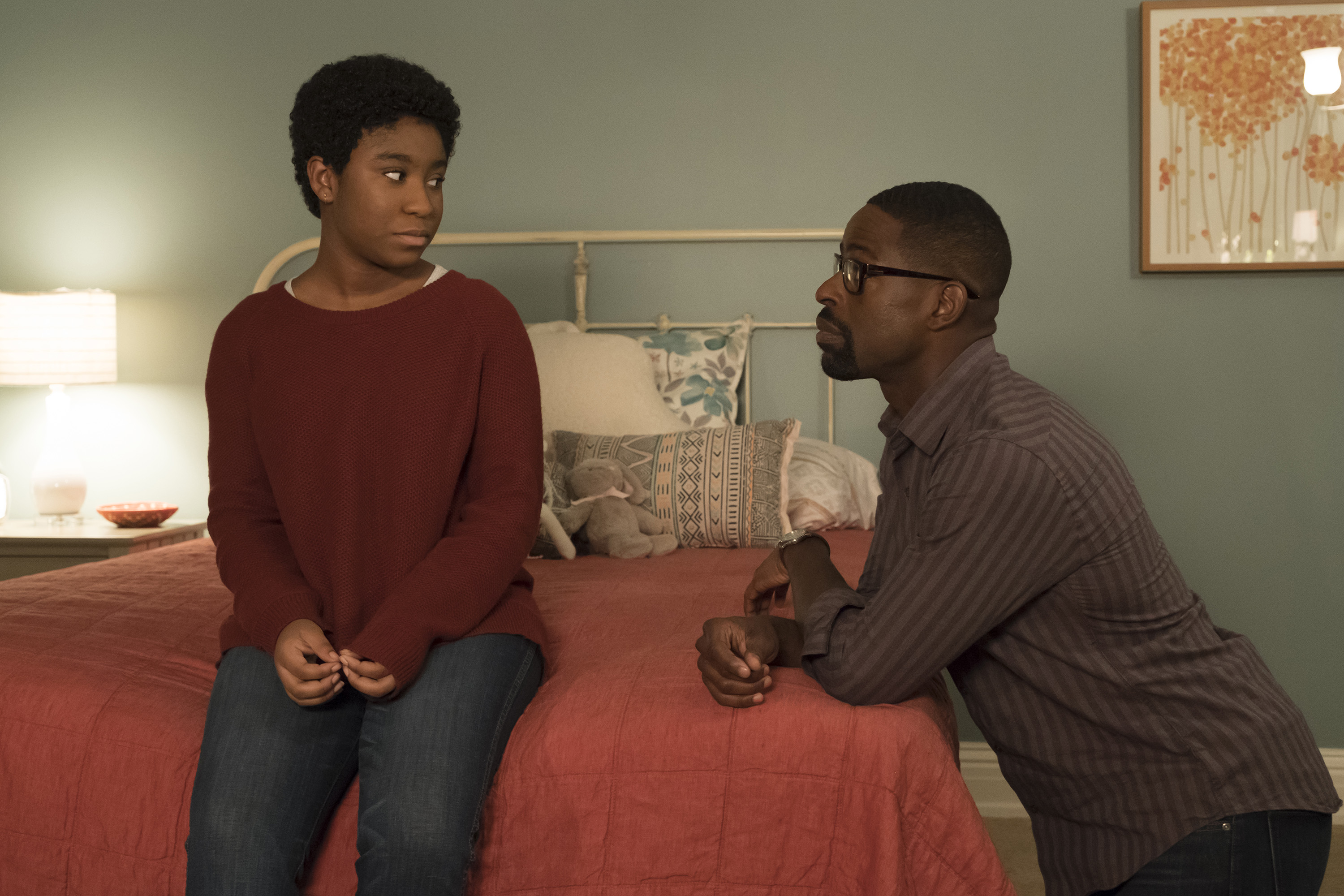 “Since the beginning that’s been something we’ve known we were going to get to in the show,” he continued.

We still have a week before the final episode of the season airs. The penultimate episode — “This Big, Amazing, Beautiful Life” — will do a deep-dive into Déjà’s past. “It’s really unexpected and special,” he continued about the episode. “We’re going to do a deep dive and explore Déjà because we’ve gotten to know her through the context of Beth and Randall, but if you think about it we really know very little about what her situation was before she wound up in their house or once she was removed from it. We’re looking at the flip side of our story as in what things have been like for Deja and what led to her winding up in the Pearsons’ lives.”

If you’re feeling sad about the idea of saying goodbye to This Is Us, remember it has already been renewed for Season 3. So, the finale is more of a see-you-later than a true goodbye.

NBC chose to continue the show more than a year ago, when the network renewed the series for Season 2 and Season 3 — each receiving an 18-episode order — before Season 1 had even finished. “We all got our wish that this is a hit show,” NBC Entertainment President Jennifer Salke told reporters at the time. “This Is Us is as good as anything we’ve ever had, we’re thrilled to renew it for two seasons and there’s no doubt it will have a long life on NBC.”

Next, see Lonnie Chavis’ best dance moves in the video below: