We all know household tasks such as doing laundry, cleaning the bathroom, and picking up after your kids (for the millionth time) aren’t necessarily fun, but we didn’t know that housework could also be dangerous.

As a mother-of-five, Sara Van Beck is accustomed to doing laundry nearly every day. She had just put a load of her children’s clothes in the washer when she heard a whistling noise and decided to investigate. Her Whirlpool Duet is only 3 years old, but she knew something wasn’t right. Her plan was to turn off the machine and determine the cause of the noise, but she didn’t get that far.

“I got as far as the utility sink and it exploded, sending ball bearings and pieces at me,” she wrote in a Facebook post about the incident. She told CBS News, “It sounded like a bomb. It was so surreal.” She continue on her post: “My feet went out from under me, and I dropped on our bench and cabinets, hitting my head pretty hard.”

When Van Beck regained consciousness, she realized she didn’t have her phone to call for help, and she wasn’t able to get up. “My head hurt. I couldn’t move,” she said to CBS News. Instead, Van Beck told Siri on her Apple Watch to call her husband, Noah, who also happens to be a first responder for the local fire department.

At first, Noah thought his wife was pulling a prank on him. But after he heard her cry out in pain, he rushed home and arrived within 30 minutes. The couple went to the emergency room where Van Beck was diagnosed with a concussion and a sinus cavity injury. 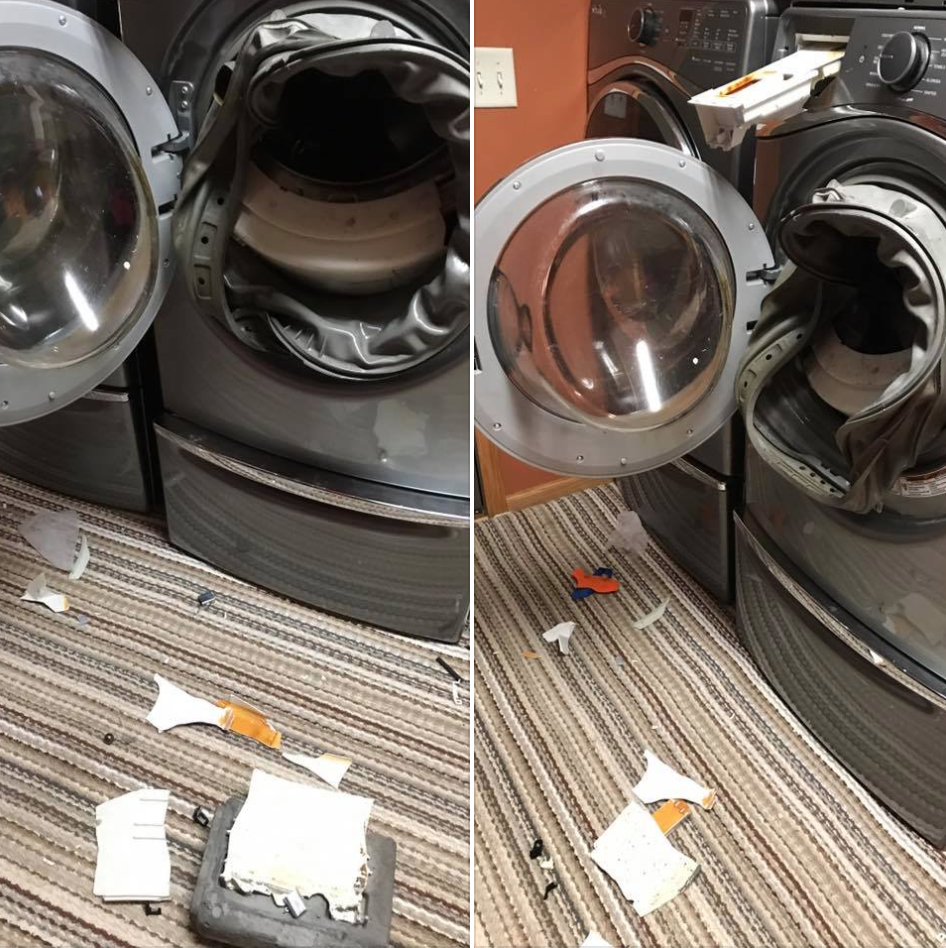 Initially, Van Beck wasn’t going to tell her story, but she realized it could happen to anyone and thought it would be important to share her experience. “I am blessed [and] I am ok, other then my concussion and pride, maybe,” she joked on her Facebook post.

As for her future laundry loads, a representative from Whirlpool contacted Van Beck three days after she reported the explosion and agreed to replace both the washer and dryer. “Although we cannot speculate about what happened with this particular product, Whirlpool is committed to delivering safe, innovative products to consumers,” Whirlpool spokeswoman Kristine Sherman told CBS News. Van Beck also said she is planning on filing a claim for her medical expenses.

Remove Wrinkles In Your Shirt With This Surprising Item