There’s an app for everything nowadays, from grocery list apps to those sometimes-scary children’s apps to apps that alert you about whether or not the McDonald’s ice cream machine is working. Now, there’s an app that’ll let you know whenever there’s a flu outbreak in any area in the United States. It’s called Sickweather — the first-ever real-time map of human health.

Available for free for both iOS and Android users, Sickweather uses social media posts to find and locate people who are suffering from the flu, allergies, or a constant cough. So whenever someone posts a public Facebook or Twitter post that reads something like, “I’m sick” or “I can’t stop coughing,” Sickweather uses that information to create an illness map using its special “patent-pending algorithm.”

The aptly-named Sickweather website claims that the app is capable of displaying the previous 15 weeks of flu and illness and predicting the next 15 weeks by using seven a high-tech “social listening surveillance system.” 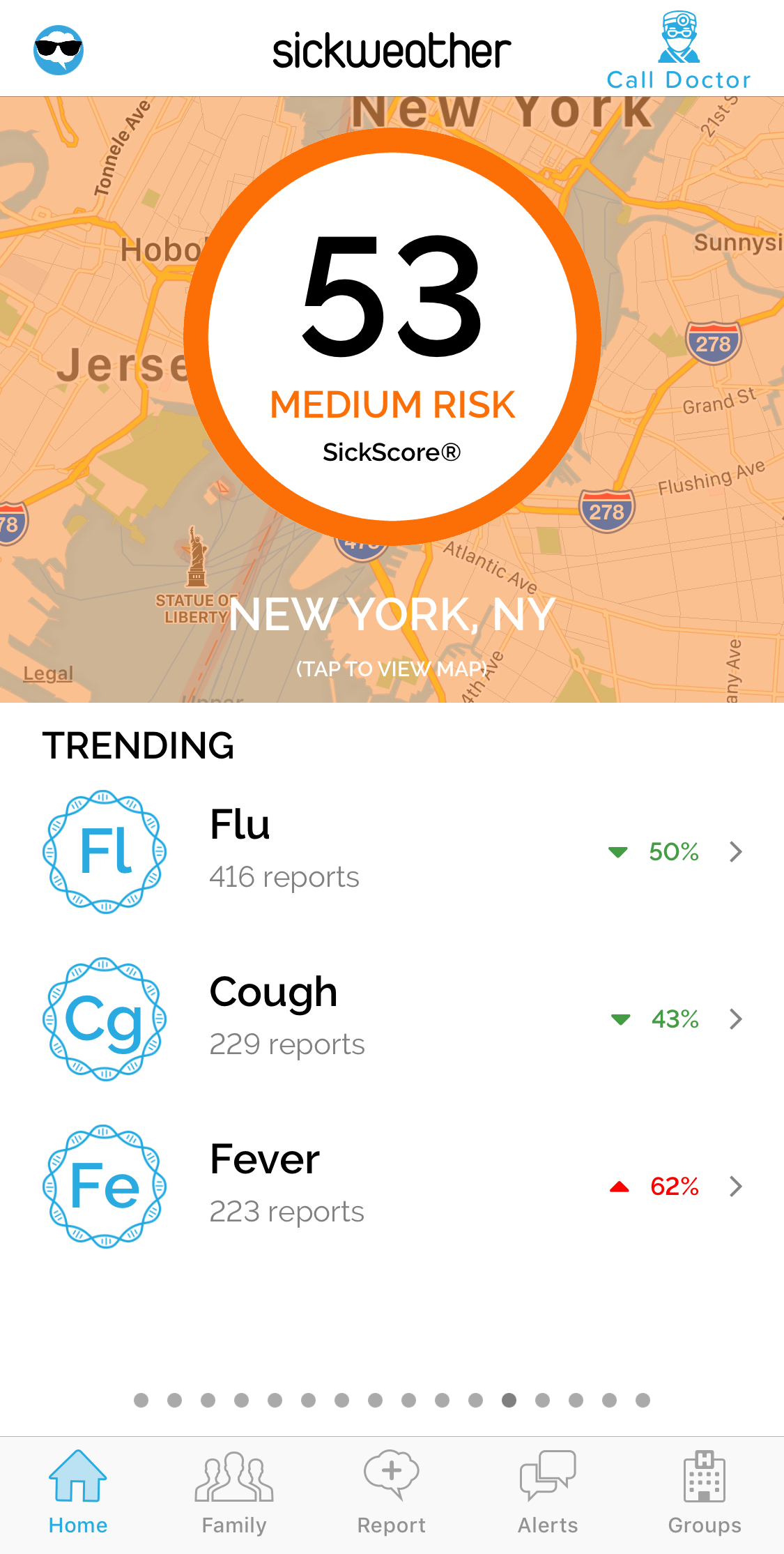 “Every day thousands of people around the globe update social media sites like Facebook and Twitter when they (or someone close to them) get sick,” the website reads. “Just as Doppler radar scans the skies for indicators of bad weather, Sickweather scans social networks for indicators of illness, allowing you to check for the chance of sickness as easily as you can check for the chance of rain.”

Sickweather also allows users and third party partners to report directly to the map and to forecast anonymously via the app. Users can select from a menu of illnesses that Sickweather tracks, or post a message to the location they follow in Sickweather groups. Don’t want to download the app? No problem! You can also visit Sickweather.com for a live map of your area.

If you’re a mom, you know that life is tough enough without having to play doctor, so an app that takes much of the guesswork out of how to avoid sick people is a welcome concept. Figuring out where you and your family should and shouldn’t hang out can be as easy as looking at your phone or glancing at the computer screen. Technology sure does have its perks, doesn’t it?