A self-confessed night owl, Christina Applegate knows all too well the pain that comes from a lack of sleep. The Emmy-winning actress recently opened up to FirstforWomen.com about her struggles with insomnia, which began in her 20s and only got worse after she gave birth to her daughter, Sadie.

“I was so tired at the end of the day, I could fall asleep,” Applegate, now 46, told us at an insomnia-awareness event in New York hosted by the “Why So Awake?” campaign. “But now, you’ve got a person who’s waking you up every three hours. And then, when she started sleeping through the night, I still was waking up every three hours, like feeding an imaginary baby.”

Applegate is not alone. A 2014 study by the National Sleep Foundation found that 45 percent of Americans said poor or insufficient sleep affected their daily activities at least once in a week’s time. Like many of these folks, it took the Bad Moms star a while to start talking about her struggles openly. Applegate said that when she was younger, she learned to “push through” long work days while running on little sleep — and this sometimes involved drinking up to 10 espressos in a day. She admits this was no way to live, especially since her sleeping problems were turning her into a “grump-a-lina” in the mornings and affecting so many important parts of her daily life — including her parenting of seven-year-old Sadie.

“If I don’t greet her kindly in the morning, that affects her day,” Applegate said. “She knows that something’s wrong if I’m like, ‘Ugh, Sadie, just give me five more minutes.’ I mean, that’s just no way to greet your kid.”

For a long time, though, Applegate was convinced that her sleeping woes were just part of her reality — she just didn’t sleep, so “whatever.” But when she first partnered with Merck for its “Why So Awake?” campaign three years ago, she was blown away to learn all the things she’d been doing wrong before bedtime and that were part of the problem.

She was looking at her phone and watching TV. She was keeping her bedroom temperature too warm. She was sometimes eating too close to bedtime. And when all of these factors came together to jolt her awake long before her alarm, she’d lie awake filled with anxiety about not being able to sleep, which obviously did no favors in helping her get back to some much-needed snoozing.

People have insomnia for a wide variety of reasons. But regardless of the specific cause of sleep loss, insomnia can affect people both mentally and physically in several detrimental ways. Just a few possible complications of insomnia can include slowed reaction time while driving and higher risk of accidents, lower performance at work, and even an increased risk of serious conditions like heart disease, according to Mayo Clinic. This may sound scary to folks who struggle to place sleep on the same level of importance as healthy diet and physical activity, but that doesn’t mean they can’t show insomnia who’s boss — as Applegate did. 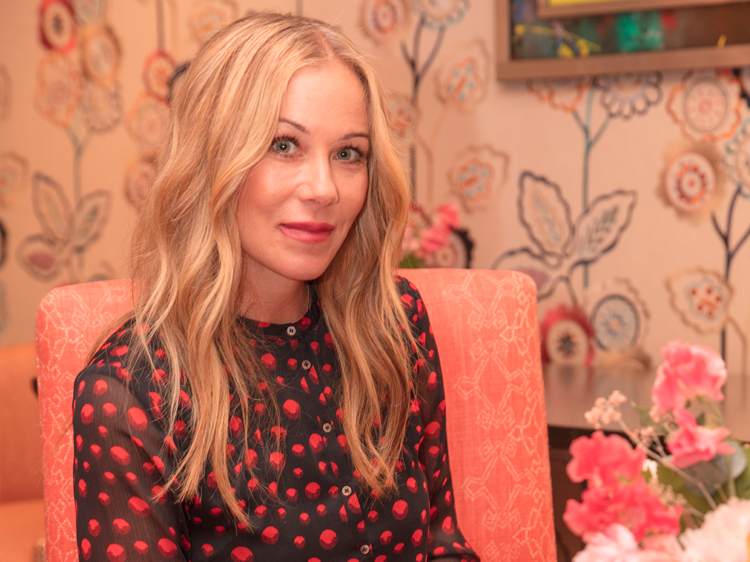 Putting together all the pieces to the puzzle gave Applegate the motivation she needed to take proactive steps toward getting better sleep. For instance, at 6 p.m. every night, she started changing her phone’s bright, stimulating “blue light” to a dimmer “yellow light” — a change easily made in the iPhone by going to “settings,” selecting “display and brightness,” and turning on “night shift.” She also kept her bedroom cooler and simply used her blanket to stay warm, rather than cranking up the thermostat. Additionally, she became more mindful of what she watched or read on her TV or phone — especially if it was negative or upsetting news. These small changes have made a big difference, especially when she remembers to do all of them before crawling underneath the covers.

“I have more good nights than I have bad nights now, and that in and of itself is a huge, huge accomplishment for me, because I was not sleeping at all,” she said.

Most importantly, Applegate notes that these practices have helped her become a better parent to Sadie, as she’s now able to enjoy all the time she possibly can with her child.

“She comes in like, ‘Good morning, Mama!'” she said. “You want to be met with that same energy, so I think that it’s become such a priority for me to get sleep, so I can be like, ‘Well, good morning, Sadie!'”

That said, Applegate still has some nights where she doesn’t get as much rest as she’d like. But instead of tossing and turning endlessly or getting out of bed in frustration, she tried something totally new recently — forgiving herself.

Applegate thinks many people are suffering with insomnia in silence. She wants them all to know that they should not be ashamed, because nothing is wrong with them; they just might be doing the wrong things before bed, like she was. She suggests they check out WhySoAwake.com to learn more about what’s keeping them up at night. It’s also worthwhile to speak with a trusted health practitioner about any sleep issues, especially if they’re recurring and frequent.

“You really have to support yourself, because at the end of the day, it’s you and you alone in those moments,” she said.

Next, learn 10 ways to sleep better starting tonight in the video below:

11 Best Sleep Masks for the Most Satisfying Slumber

The Best Mattress Toppers for a Restful Night’s Sleep