In her recently published recipe book The Kefir Cookbook ($22, Amazon), Julie Smolyansky, president and CEO of nutritious-foods company Lifeway, remembers having a very specific craving while pregnant with her daughter: she desired nothing but lemon curd. While traveling in Mexico, she became so desperate for lemon curd one morning that she called her hotel’s room service for help — only to find out that the kitchen had no idea what she was talking about. In the next two minutes, Smolyansky frantically told the chef how to make her special Lemon Icebox Pie with just a few eggs, some sugar, two lemons, and kefir labneh (a yogurt-like cheese that’s loaded with probiotics). Suffice it to say, the quickly prepared treat hit the sweet spot!

If you’re like Smolyansky and in dire need of a sugary pick-me-up (or maybe you’re just looking for a twist on the classic lemon curd recipe), cure your dessert craving with the adorable and easy-to-carry Lemon Icebox Pie below! 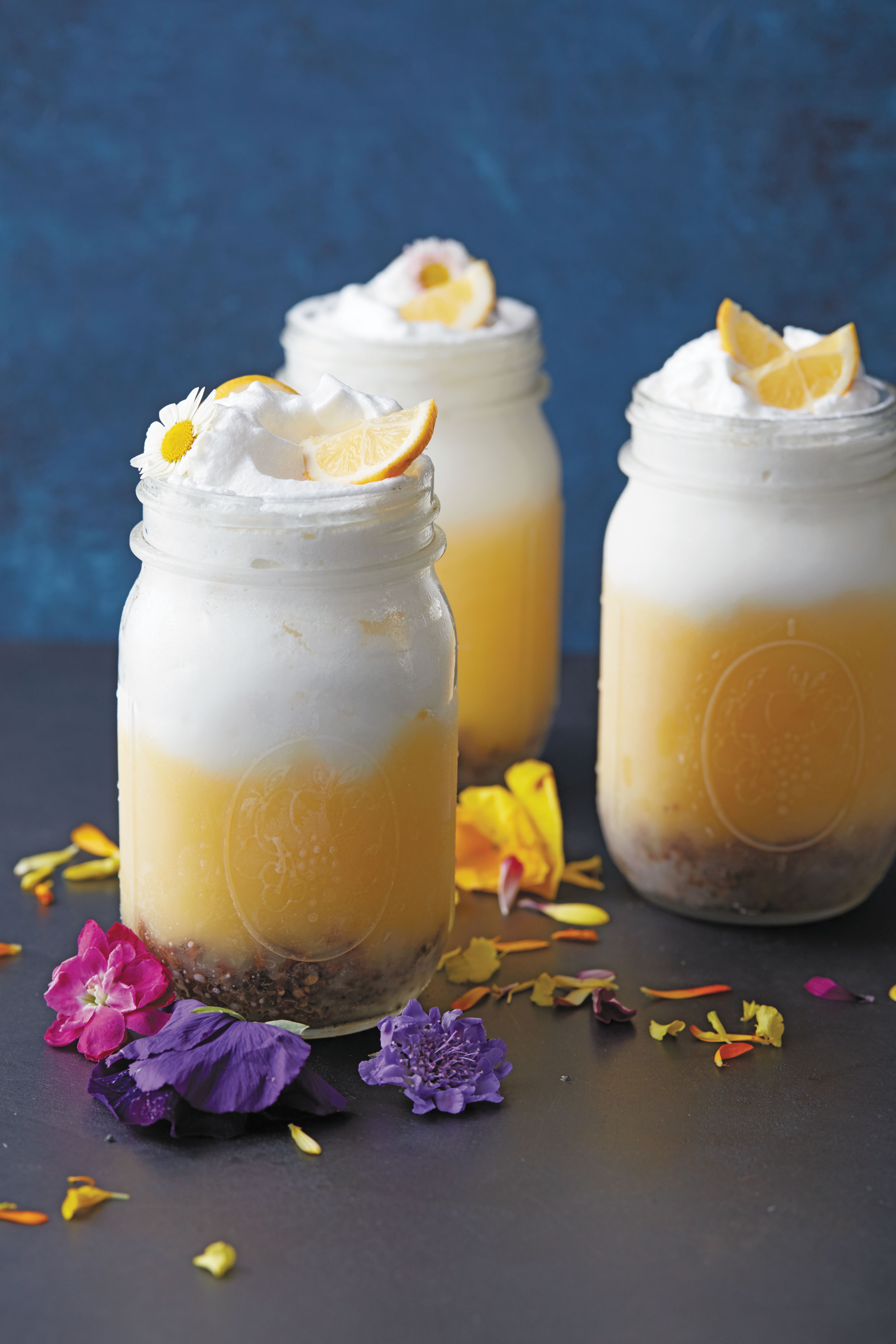 1. In a mixer, whip the egg yolks with 1/2 cup of the granulated sugar until thick. Stir in the lemon juice and transfer the mixture to a glass bowl. Set the bowl over a pan of simmering water and cook, constantly stirring, until it thickens, six to eight minutes. Remove it from the heat and allow it to cool. Once the egg yolk mixture is cool, fold in the labneh.

2. Clean out the original mixer bowl, then beat the egg whites and the remaining 1/2 cup granulated sugar, whipping until soft peaks form. Fold the meringue into the cooled egg yolk mixture.

3. In a bowl, with a hand mixer, beat the heavy cream with the powdered sugar until soft peaks form.

4. Crumble the pie crust and pour a small amount into the bottom of each of the canning jars. Divide the lemon mousse among the four jars, topping each with an equal amount of whipped cream. Cover each jar with a lid and freeze before serving.

Tip: This sweet-and-tart, no-bake pie recipe has the luxurious texture of key lime pie, and the jars make them picnic-ready.

This recipe originally appeared in The Kefir Cookbook: An Ancient Healing Superfood for Modern Life, Recipes from My Family Table and Around the World. Copyright © 2018 by Julie Smolyansky. Reprinted with permission from HarperOne, an imprint of HarperCollins Publishers.

Feeling bloated? Check out the video below for eight foods that’ll banish bloating for good: