Life for our family changed forever in 2013 when our two-year-old baby girl was diagnosed with neuroblastoma. For four years, Evie Grace endured seemingly endless treatments only to relapse four times before gaining her angel wings in December 2017. Throughout our family’s cancer journey, there were moments of extreme joy alongside the heart-wrenching pain. Here are a few lessons I learned along the way.

1. Cancer does not discriminate (and neither should you).

I remember one of the first things Evie’s doctor said to us was that it was nothing that we had done that had caused Evie to become sick. Childhood cancer is not like cancer in adults. There is no known prevention. Research has shown that it does not discriminate between gender, race, socioeconomic status, where you live, etc.

When your child is sick, you can often wonder if there was anything you could have done to prevent it. Then there are those well-meaning people who try to comfort you with their opinions as to why it may have happened. I’ve had people say they think it’s immunizations, and others say it’s the food.

All I can say is if you are ever in the horrid position of having a friend or family member who has a child diagnosed with cancer, they don’t need you to solve why it happened. They need love and support. Full stop. They need a shoulder to cry on. They need someone to vent to on a bad day. They need someone who they feel safe to talk to when they are scared or don’t know how they are going to get through it. They don’t need people being medical experts and making them feel guilty about what they could have done to prevent their child from getting cancer.

2. Children with cancer need blood transfusions throughout their treatment.

The very first time we were told Evie needed a blood transfusion was just after we found out that she had a tumor. It was all new and scary. I didn’t really understand, and I felt so devastated. As they hung up the bag of blood they were about to transfuse into Evie, I looked at the date the blood had been given: July 31, Evie’s birthday. I remember thinking how beautiful it was that unknowingly, someone had given Evie a present on her birthday by giving her blood that would help save her life.

After that first transfusion, Evie had so many transfusions of both hemoglobin and platelets. If there is anything I can encourage people to do, it is to give blood if you are able to. It is something simple you can do that really does make a huge difference to a child receiving treatment for cancer.

If you have ever set foot in an oncology clinic or ward at a children’s hospital, it really does change you. The children look different. Often, they have bald heads and a bit of a gray skin tone. Some are really skinny or are in wheelchairs, and some have feeding tubes taped to their faces.

However, they are still kids. They just happen to be facing the biggest battle of their lives. They are resilient heroes who, despite what they are going through, continue to smile. They still sometimes throw tantrums or cry about having to get a shot or take disgusting medicine, but they are incredible. There were times when I felt so broken and exhausted, only to be given strength from Evie. She never knew what she was doing, but she would say or do something that would spur me on, and I found myself drawing strength from her. 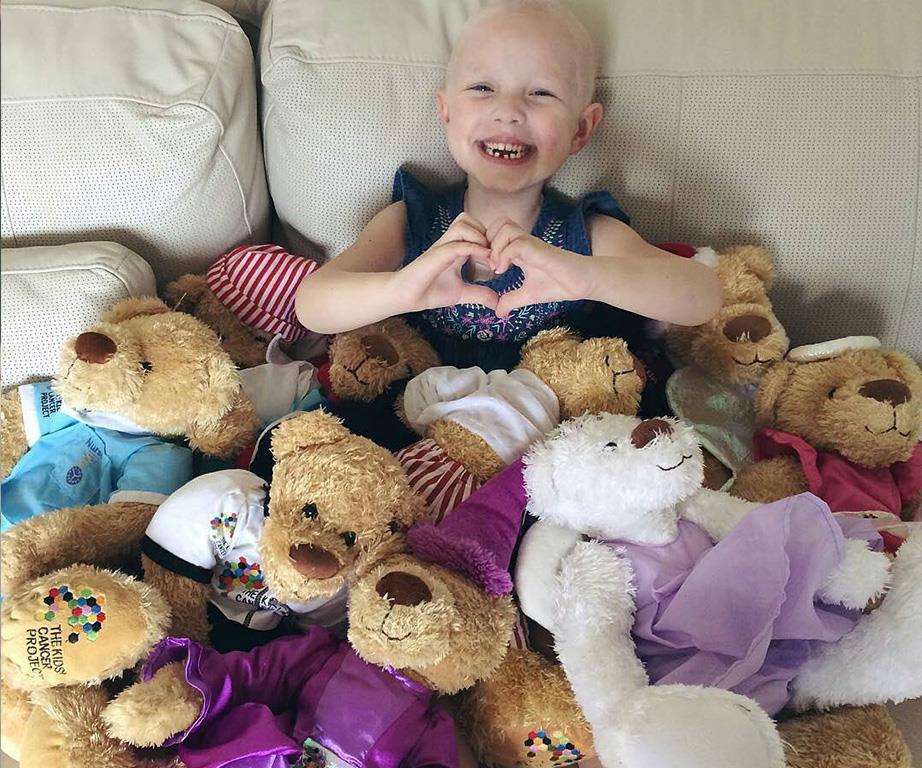 As parents, we often feel we are meant to teach our children about life and how to live. I have discovered that they in turn teach us so much. I learned so much from Evie and watching her battle cancer. My perspective on life and what is important changed through watching Evie and the kids I met at the hospital.

4. Siblings of children with cancer suffer more than you would think. 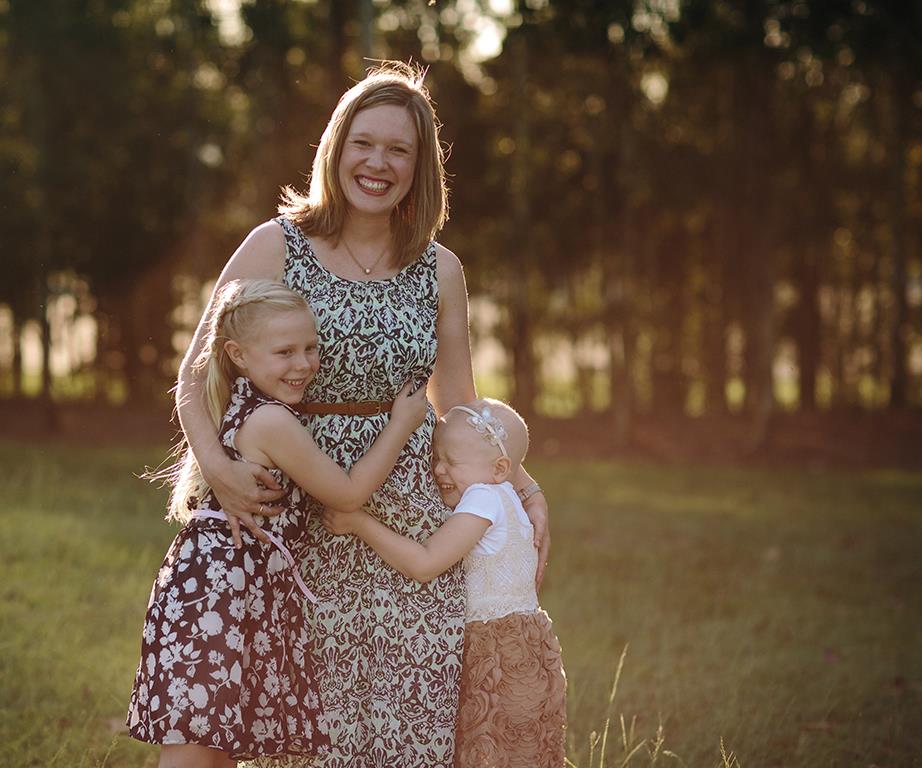 In many ways, I feel like my other daughter Alicia struggled more with Evie being sick than Evie herself. This is probably due to Evie being so young when it all happened. For many siblings, having to watch someone they love go through a nasty treatment, witness them get really sick, and be apart from them is so heart-wrenching, confusing, and scary. They also have to deal with either mom or dad being away a lot, spending time at the hospital with the sick child. They see their brother or sister get loads of attention, and can sometimes feel like they wish they were the sick one.

Alicia always struggled when Evie had to be in the hospital. She was also affected when Evie relapsed, as she understood what that meant. The day of Evie’s last scan, we picked up Alicia from school and the first thing she said to me was, “Is Evie OK? Was the scan good?” She said she had been fragile all day thinking about Evie’s scan. The siblings of sick children are the unsung heroes.

5. Friendships made in the hospital with other parents are so important.

Being in the hospital is isolating and lonely. Sometimes we had to spend weeks at a time there. I don’t know how I would have survived those weeks without the friendships I made in the parents’ room. Those friends become your second family. You often see them more than you do your actual family!

When you spend your days sitting in a square box of a room, bumping into another mom or dad while making a cup of coffee and having a quick chat is your sanity. It’s because you’re connecting with other people who truly understand what you are going through and how you feel. They are people who know how lonely it is lying in a hospital bed all night beside your child, comforting them while they are sick in the early hours. They know how scared you sometimes feel at the thought that you could lose your child, and how anxious scan day is. They know how much responsibility you shoulder, giving your children medication and hooking them up to tubes when you are discharged from the hospital.

Childhood cancer is a terrifying world, and I am so thankful that in the midst of very dark days, there were rays of light with the friends I made. These are friends I will call friends for life; friends I share a bond with that can’t be broken.

6. Life is never the same after your child has cancer.

There is no going back to the somewhat normal life you lived before you heard the awful words, “Your child has cancer.” You are forever changed.

Even when treatment is finished, you still live with the threat that it will come back. Many children suffer long-term side effects from treatment. You see life very differently, and in some aspects, for the better.

I know that my perspective has changed so much. Situations that would have stressed or bothered me before pale compared to what I’ve faced. I have become really mindful of living for the now, trying not to worry about what will happen, and instead enjoy what is happening right in front of me. I also find myself appreciating things that would have just seemed so ordinary — things I may not have even noticed before.

No, life is the never the same, nor should it be.

This is a very harsh awareness. Unfortunately, I know this all too well and our family is certainly not alone. While Evie was going through treatment, we saw many children pass away. It is one of the most excruciating things to have happen to you. Cancer stole our baby. Not because she didn’t fight hard enough, or we didn’t do everything we could.

8. Fundraising and research is vital.

Before Evie was diagnosed, I had never fundraised. But over the past four years, I’ve found fundraising to be a very rewarding and healing project. There have been so many times when I felt helpless and like everything was totally out of my control. To have a greater purpose and an outward focus has really helped. To know that I am doing something for the greater good that will potentially help children and families in the future is powerful. I don’t have to just sit and twiddle my thumbs. I can be proactive in finding a solution, and be a voice for children who may not.

If you’ve ever found yourself thinking or saying, “I wish there was something I could do to help,” there is. You can donate blood, you can host a fundraiser or attend one, or donate money to a charity like St. Jude Children’s Research Hospital. Children like Evie and her friends who have battled or are still battling cancer deserve a cure. They are worth fighting for.

This post was written by Sarah Weir. For more, check out our sister site Now to Love.

Country Singer Jewel Opens Up About Life as a Single Mom

I Became a Better Mom the Moment I Quit Cooking