My daughter looked glum as she pushed her roast chicken around her plate. “What’s wrong, sweetie?” I asked. It was the third time that week Cherish-Rose, 11, had left her dinner untouched. “I’m not hungry,” she mumbled, refusing to meet my eye. I sighed. Where was my happy girl with the healthy appetite?

Lately, she’d lost a fair bit of weight around her face and limbs, but had developed a little pot belly. She’d been acting really strangely, too. Normally, she was a super energetic kid, singing and dancing to Lady Gaga around the living room. But now, when she got home from school, she’d go straight to her room and flop onto her bed. Her once bright, bubbly mood had changed completely. She was lethargic and still had no interest in food. 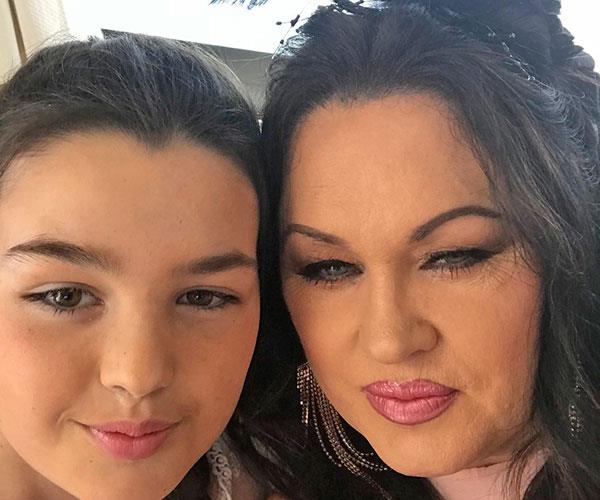 Me with Cherish-Rose. (Photo Credit: Now to Love)

After researching online, I feared she’d developed some sort of eating disorder, like anorexia. Surely, she’s too young, I thought, hoping desperately to be right. In a panic, I booked her an appointment to see a psychologist, but there was a lengthy waiting period. What was I going to do? If this was something serious, I couldn’t afford to hold off. One day, I sat her down on the lounge and gently broached the subject.

“I’ve noticed you’re not eating, honey,” I said. “Please tell me what’s going on, so I can help you.” She told me she had a broken tooth, which hurt whenever she tried to chew. So I took her to the dentist, and sure enough, there was a new tooth coming through. I breathed a sigh of relief. He said it was nothing to worry about and she would feel better soon. But days later, Cherish-Rose still refused to eat.

One night, she complained of nausea so I let her climb into bed with me. A few hours later, I woke to her sobbing. “My belly! My back!” she shrieked. I pulled up her shirt to see her tummy was swollen. It had to be more than just bloating. Whatever was happening was serious; I just knew it.

The next morning, I took her straight to the doctor for tests. “We’ve found a 22-pound growth in Cherish-Rose’s stomach,” he said. “She needs to go straight to [the] emergency [room].” Twenty-two pounds? No wonder she looked pregnant! My mind whirled with terrifying possibilities as I drove her to the hospital.

Cherish-Rose went straight in for a CT scan. Then, two doctors led me into a private room. “The growth in Cherish-Rose’s stomach is a tumor,” one said. “It’s a symptom of a cancer on her ovaries.” As I tried to take in his words, I felt like I was floating above my body. It couldn’t be true. Eleven-year-old girls didn’t get ovarian cancer. She was far too young! 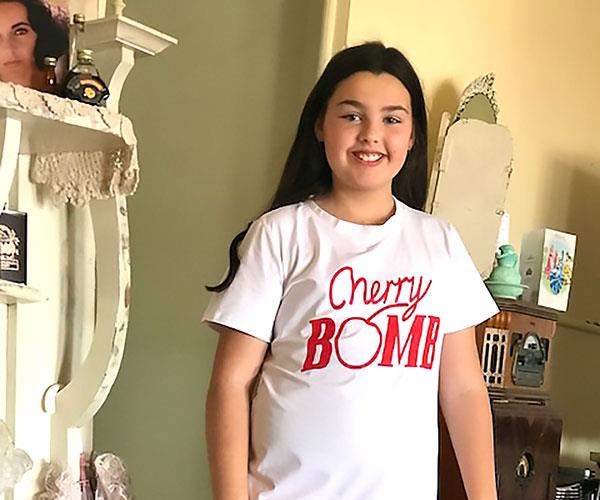 A wave of nausea hit me, and I doubled over as my body heaved with sobs. Cherish-Rose would need to be flown to Brisbane, Australia, immediately to start treatment. They’d try to shrink the tumor with chemo before it could be removed. I couldn’t believe what I was hearing, but I had to pull myself together.

In Brisbane, Cherish-Rose was hooked up to a chemotherapy machine. As I saw her distraught little face, it took every ounce of my strength not to pull all the tubes off her. The oncologist explained that her condition was a germ cell tumor “It’s one of the most treatable forms, especially when it’s found early,” he said. “We’re going to save your little girl.” I felt as though someone had opened a window and the light was flooding back into my body.

Cherish-Rose still has a difficult road ahead of her. She’ll have to go through at least six months of chemo, as well as surgery to remove the tumor and one of her ovaries. Thankfully, there’s a good chance she’ll still be able to have children when she’s older. For now, she’s still has the protruding belly, but I’m starting to see glimpses of the old Cherish-Rose again. 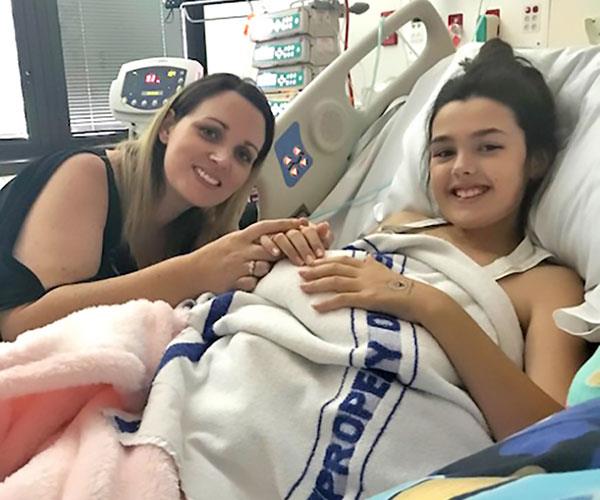 Cherish-Rose in the hospital with her sister Shandelle. (Photo Credit: Now to Love)

Nothing will break her spirit. “I want to get a bright, pink wig!” she said, when I told her she’d lose her long, thick hair during chemo. She has the selflessness and bravery of a warrior, too. She wants to save her allowance to buy the other kids on her ward sock puppets. The last few months have been such an emotional roller-coaster for our family, but our local community has been fantastic by donating to our GoFundMe page, which a family member set up to help us pay for the hospital bills. Cherish-Rose’s room is full of get-well cards from strangers — she even got a note and flowers from one her idols, Bindi Irwin! “I hope you feel better soon,” Bindi wrote. “Stay strong.”

Her dream in life is to become a singer, dancer, and actor, and I can’t wait to see my beautiful angel go from the hospital bed to the big stage some day.

This post was written by Louise, from Hervey Bay, Australia, as told to Now to Love. For more, check out our sister site, Now to Love.

The first sign of breast cancer isn’t always a lump. Watch the video below to discover five signs that might signal breast cancer.

Dear World: My Grief Is Not Contagious