When new mom April Neubauer was rushed to intensive care after complications during the birth of her first child, Rosalía, her husband, Maxamillian Neubauer, knew caring for his new baby daughter was up to him for a while. The 29-year-old father from Wisconsin was prepared to do whatever it took — and for his new baby girl, that meant getting the feeding right in a most unusual way.

With the help of medical staff, Neubauer was set up with a syringe full of formula, tubes, and a nipple shield to attempt mock “breastfeeding.” The idea was to get his baby girl in the habit of feeing from a nipple until Mom was healthy enough to do it herself. Neubauer posted images of the special moment on Facebook, writing: “Due to complications during April’s emergency C-section. This super rad nurse made an epically killer offer, and I was fortunate enough to slap on a suction cup fake nipple.” 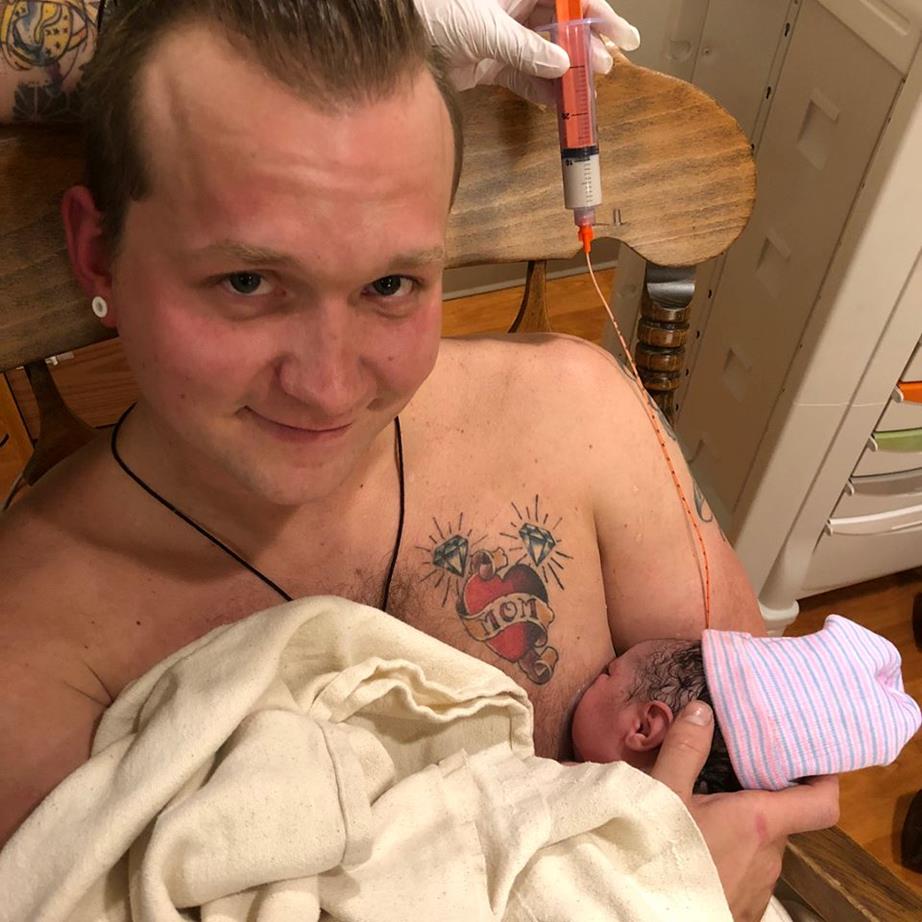 Hospital staff say that prior to Neubauer, no dad had ever agreed to try this breastfeeding tactic, making the moment even more special.

Speaking with PEOPLE, superdad Neubauer says he’ll try anything once: “With C-section babies, it’s very important to get them used to eating right off the bat. [It was] like 1:30 in the morning, April was knocked out on drugs. So the [nurses] said we could use this nipple shield and imitate breastfeeding. This is probably the best way to do it, much more natural for the baby. I said, ‘I’m willing to do just about anything once. Let’s do it!'” 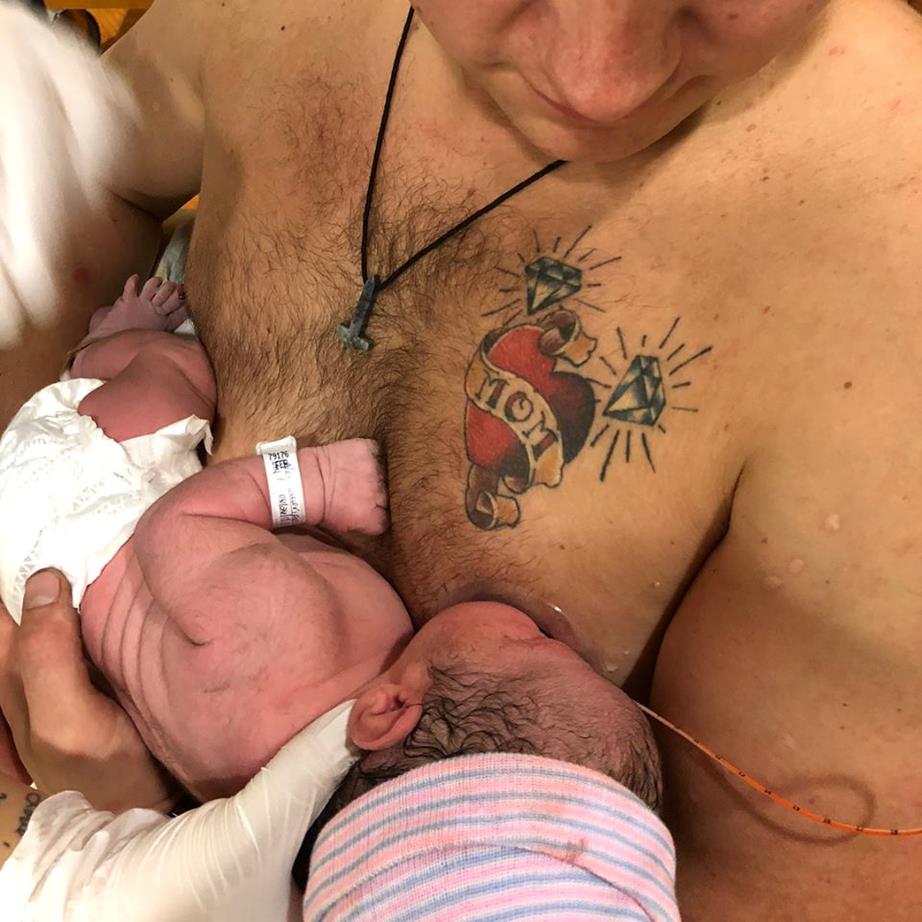 “It was awkwardly magical.”

Breastfeeding can be difficult even for healthy moms, so what was it like for a dad who had no idea he’s be attempting this? Neubauer explains that it didn’t exactly come naturally.

“Seeing as I’m not an expert breastfeeding, it was a little bit awkward at first. I’m really happy I had a couple of nurses there who knew what they were doing. I never thought in a million years that I would ever be breastfeeding a baby. The minute they brought her out, it was hard to hold back the tears. It was instant love, it’s my baby. I was just really happy I could be there for her. It was awkwardly magical.”

As for Mom, she regained consciousness just two hours later and was proud to know during that time that her baby had been looked after so remarkably well by her daddy. “We still did what we wanted to do,” the 24-year-old new mom said. “We did the skin-to-skin and we did the breastfeeding like we had planned, it just wasn’t with me.”

This post was written by Rebel Wylie. For more, check out our sister site Now to Love.

Kristen Bell Admits She Breastfed Her Husband to Ease Her Mastitis

Women Who Breastfed Cut Their Diabetes Risk Nearly in Half, Study Finds