Where were you when you found out that Princess Diana died? I can remember it vividly, even though it was 20 years ago. It was a Sunday morning and I was sat in my parents’ living room in Newcastle, aged 9, watching cartoons with my younger sister, when my dad came home talking about it and gesticulating with a copy of that day’s Sunday Times in his hand. Though I was still slightly too young to really know that much about her, it was obvious to me that she was an influential and iconic person, and I actually felt pretty sad about her passing. She was, after all, the most famous woman in the world.

Most other millennials of a certain age — around 25+ — will undoubtedly have their own memories of “The People’s Princess” and many of us remain both intrigued by and obsessed with her to this day. “My fascination with her began when I was about 7,” fashion journalist Bethan, 29, says. “I would flick through my mum’s Hello magazines, and she was probably on the cover every week wearing a different outfit. I just found her so glamorous. When she died my mum was really upset and we went to sign one of the Books of Condolence — that really cemented her in my mind as somebody who had obviously been very important.” 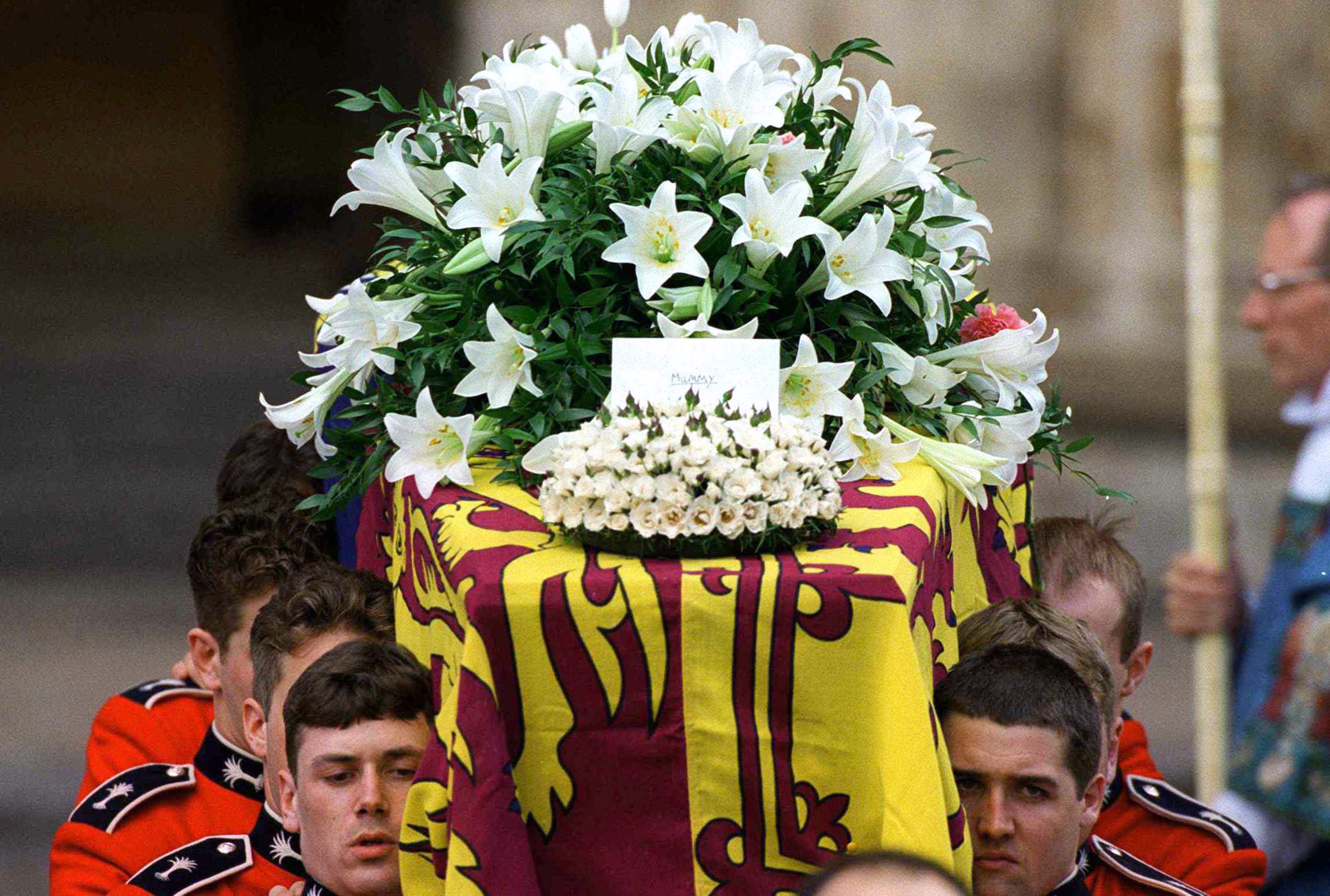 For Georgie, 26, the day Princess Diana died marked the beginning of her fandom. “I had no idea who she was but I remember being really captivated by her whooshing blonde hair as the news networks compiled footage of her philanthropic work to honor her life. I literally thought she was the most beautiful woman in the world,” she says. “When I was a kid, I would pretend to be her helping the needy (my teddy bears were fantastic “orphans”). As an adult, I have every book written about her, and I’m just about to start the new edition of Tina Brown’s The Diana Chronicles.”

MUST-SEE: What William and Harry Taught Us About Princess Diana in the New Documentary About Her Life

I wonder what it is about Diana that speaks to so many young women, especially those who were children when she died in the Paris car crash on 31 August 1997. Millennials can be nostalgic with our love of throwback nights, sharing 90s memes, and loving 1980s and 1990s fashion, so does our love of Lady Di play into this phenomenon?

“I think people in our age group who are nostalgic look back at her and want that glamorous lifestyle, living for fun rather than what other people think of you,” Saskia, 28, explains. “I didn’t really get into Diana until I was in my late teens, but it was part of finding my own identity and rejecting much of modern society, which in some ways feels rather dystopian with our reliance on social media to make us happy. I genuinely think the ’90s was the last great decade as it was so fun and free and no one really took themselves too seriously — like Diana.”

Georgie says she believes those of us who love Diana have carried “our innocent adoration from when we were young to now.” “It’s kind of like our favorite film or TV characters that we held with so much reverence as a child and even though we are grown up now, that feeling is never lost because it’s wrapped up in nostalgia and unrestrained love — no matter how much more you know now that could potentially reverse your perception.”

MUST-SEE: New Tapes of Princess Diana’s Darkest Moments Prove How Strong She Was

For Bethan, Diana’s iconic style is a key part of her adoration. “Over the years, I’ve gone down ‘rabbit holes’ just looking at pictures of her clothes,” she says. “I’m totally obsessed by her mid-late 1990s look — high-waisted faded jeans, loafers, a shirt and blazer and I would say that is my “go-to” outfit now. I also love her “off-duty” gym look, where she has a big novelty hoody, ripped sports socks and trainers and a massive Dior bag. Her casual looks are what really resonate for me, they’re so relatable, anyone can wear them and it looks cool.” 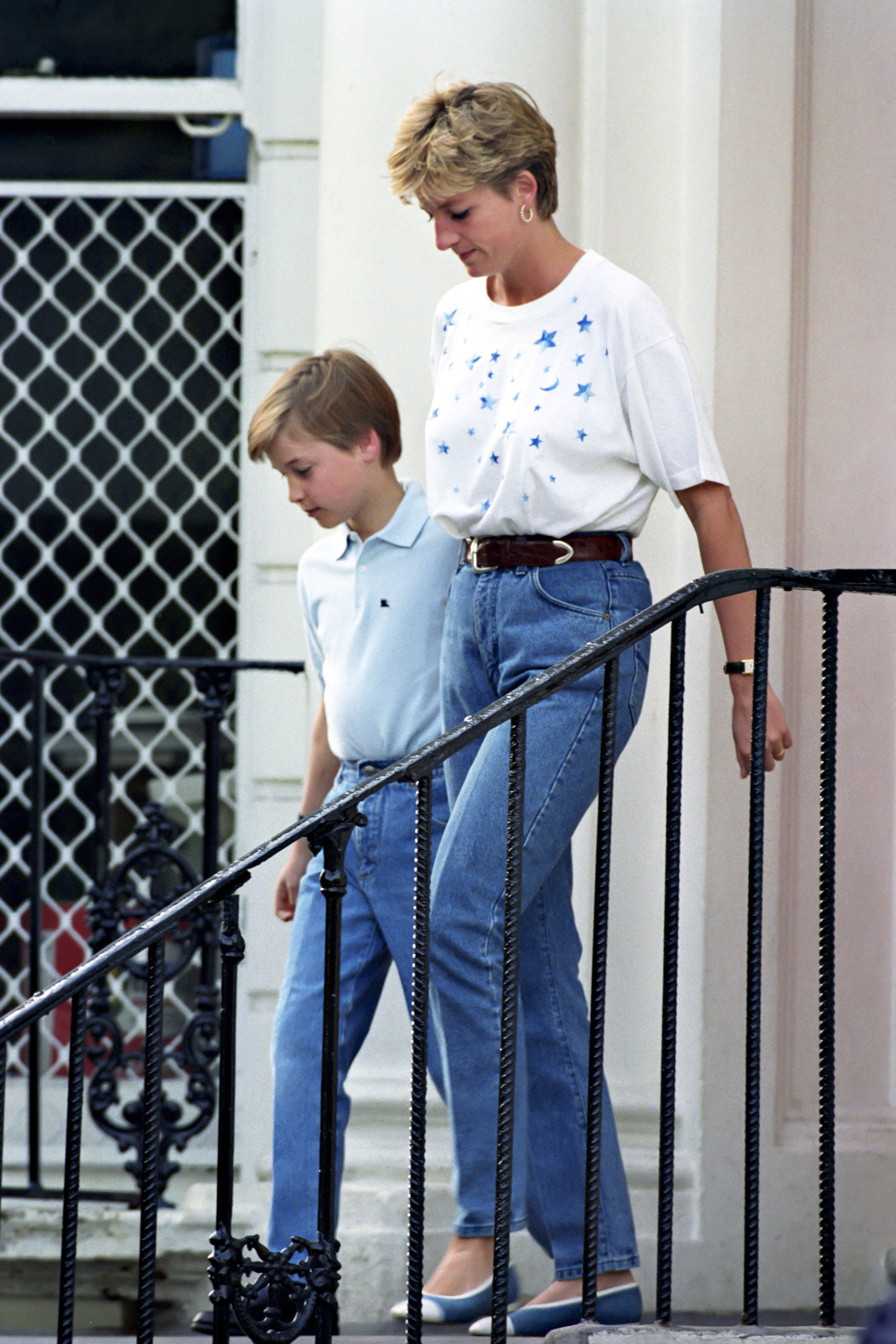 Diana’s love of fashion and amazing eye for style got a nod in some of the most popular millennial clothing collections of recent months. Last year’s WAH Nails x ASOS collection was inspired by Diana, with a massive jumper emblazoned with the words “ROYAL” and “LOYAL”, a copy of her iconic “revenge dress”, and tartan blazer and skirt combinations. In fact, E! Online went as far as to say the collection was “important” for people in our age group because it at once tapped into current trend, nostalgia, and affordable glamor whilst ensuring Princess Di would never be forgotten. Alexa Chung’s first M&S collection featured an almost-identical pie-crust collar shirt to ones the princess famously wore (“I’m one of the millions of people who bought that,” Bethan admits).

She’s even been showcased on street wear. Rihanna was papped looking incredible in a Diana top and thigh-high boots a couple of years ago and has even been the focus of an essay about why she’s the “new Diana.” Last weekend, I was in a Hackney Wick nightclub when I saw a guy wearing a Homage Tees t-shirt proudly displaying Diana’s image.

MUST-SEE: Prince Harry Had the Most Heartbreaking Question When He Was Told Diana Had Died

“In style terms, she’s stepping into the same timeless and iconic fashion space as Audrey Hepburn and Jackie Kennedy,” Eleri Lynn, curator of the current Kensington Palace exhibition Diana: Her Fashion Story, tells me. “The nostalgia element is definitely there, a lot of the looks associated with her — frills, pie-crust collars — are all over the high street at the moment.”

What really struck Lynn about Diana was the fact that she had such an “impact.” “She stepped beyond seasonal changes, and quickly learned what suited her — she had a great fashion and design eye, blending elements of high fashion, but also knowing what looked good on her and what worked,” she explains. “Diana liked to be mischievous and liked to know what message she was sending out through her clothes. In a world before social media, she used this as a way to communicate.”

As Lynn says, Princess Diana “stepped on to the international stage at the start of rolling news and the height of tabloid journalism”, but her death preceded the rise of the digital age. However, she has now begun to occupy a space on social media, with memes being shared on social media (I don’t necessarily agree with the sentiment behind the infamous Kardashians/Diana meme, but you can’t deny it seemed to be everywhere for a bit) and Instagram pages popping up to showcase her most stunning outfits.

“She looks great on it [Instagram], even though she would never have known that it would have become a thing,” Bethan says. “I follow the pages and I love them, and send them to my fellow Diana-obsessed friends and colleagues. A picture of her in a ball wearing a pink velvet dress is absolute Instagram gold, and I love discovering new images I’ve never seen before.”

Princess.Diana.Forever is one such Instagram account. Set up two years ago by 33-year-old Noura Al Obeidli, an Emirati who lives in London, at the time of writing, the page has 160k followers. She says her official portraits and fashion photos do well, but video posts of her, such as from her wedding and the infamous 1995 Panorama interview are also popular. “Many followers haven’t heard her speak, especially followers from The Middle East, who find her voice to be very charming according to their comments,” she says. “I also usually get loads of likes, comments, tags, and mentions when I post photos of her childhood, with her sons, or of her charity work.”

MUST-SEE: Princess Diana Actually Wanted to Dance With This Star Instead of John Travolta

I wonder if Noura is surprised by the thousands of likes and comments she receives on her posts. “No, I’m not surprised, because Princess Diana is an international celebrity, whose life, legacy and charity work are still remembered to this day,” she says. “What shocks me are the comments that I receive from people who enter the account and randomly post insensitive things like ‘have a break, she’s dead’. However, my followers act like the guardians of the gate, and often respond to these hate comments, defending the memory of England’s rose. I am grateful to them, as their interaction and support have made this account very popular.”

For Noura, she believes Diana’s work with various “globally neglected” causes, such as working with people with AIDS and leprosy, to be an important part of her legacy. “I sense that people feel that from their comments when I post photographs of her on a charity mission, like to Angola for instance,” she says. “They write things like ‘the world needs more of Diana’. There are many princesses out there, but no one did what she has done to raise awareness and support ‘neglected’ causes that even the world’s media ignores today. If she was alive today, I think she would be visiting refugee camps and meeting refugees.”

“None of the modern royals can hold a torch to her, they’re all so boring in comparison,” Saskia says. “Diana was so much more beautiful, had more personality and did so much good, and I think she will always remain more iconic than anyone that comes after her.”

This post was written by Natasha Wynarczyk. For more, check out our sister site The Debrief.