With a wedding to Prince Harry right around the corner, Meghan Markle’s life is kicking into high gear. Luckily, Kensington Palace has called in reinforcements. Meet Amy Pickerill, Meghan’s new royal aide. The palace confirmed in a statement that she is an “Assistant Private Secretary in Prince Harry’s office [who] will be working on Meghan Markle’s programme.” So who is Amy Pickerill, anyway?

For one, Amy’s a 2007 graduate of the University of Nottingham in Nottingham, England, according to her LinkedIn profile. Afterward, she attended City, University of London in pursuit of a postgraduate diploma in broadcast journalism. 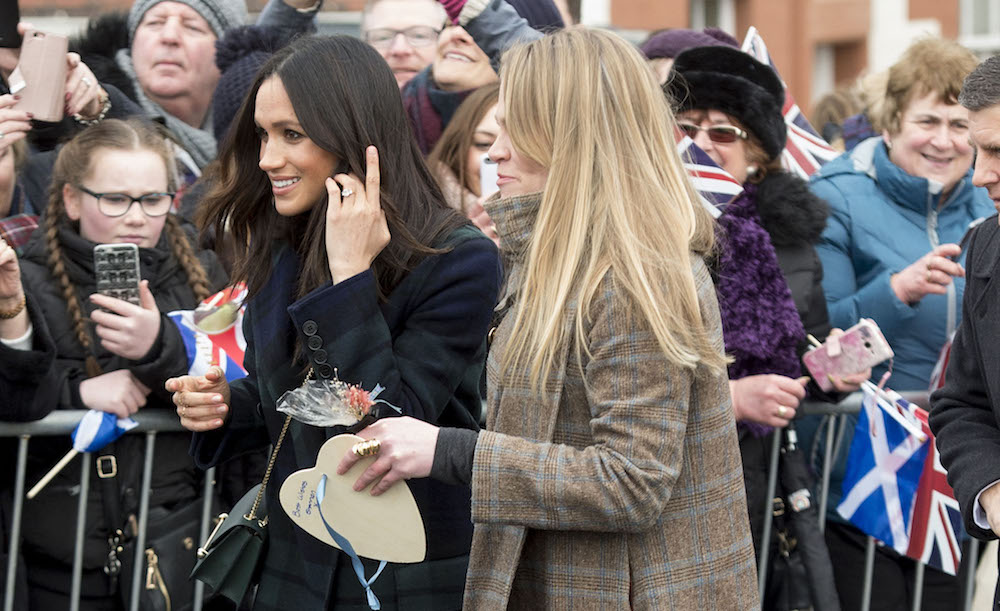 Then came Amy’s royal appointment. In September 2016, Amy began working as the senior communications officer for Prince Harry, Prince William, and Kate Middleton. And now she’s Meghan’s right-hand woman. When the engaged couple visited Edinburgh, Scotland, in February, Amy was right by Meghan’s side. According to the Daily Mail, Amy handles Meghan’s “official diary” (her day-to-day schedule) as well as her official correspondence. The British news outlet also suspects Amy is additionally the one organizing Meghan’s visits to various UK charities as the former actress gets acquainted with the nonprofit sector.

Want to work alongside Amy? The royal family is hiring. A recently posted LinkedIn job listing advertises the open position of Communications Assistant for the Royal Household. If you’re hired, your responsibilities will include coverage of state visits, award ceremonies, royal engagements, and “set-piece Palace engagements including investitures and garden parties.” Plus, you’ll “travel in the UK or overseas to support important visits and engagements.” We imagine you might even get an invitation to Meghan and Harry’s wedding on May 19 — how exciting.

Actresses Are Dying to Play Princess Diana on The Crown — “The Competition Is Fierce!”

Lupo, Just One of Prince William and Kate Middleton’s Pets, Has His Own Wikipedia Page