We’ve met her family, know all about her flawless fashion, and applauded her enviable career, so as she finally goes public with Prince Harry, we can’t help but wonder what Meghan Markle’s dating rap sheet looks like.

While we all know who Prince Harry’s ex-girlfriends are (looking at you, Chelsy Davy and Cressida Bonas) – Meghan’s love life history is still as mysterious as the Crown Jewels.

So, what does Meghan look for in a significant other exactly?

“At the end of the day, if the guy is going to write the girl a letter, whether it’s chicken scratch or scribble or looks like a doctor’s note, if he takes the time to put pen to paper and not type something, there’s something so incredibly romantic and beautiful about that,” she told Esquire in 2013. 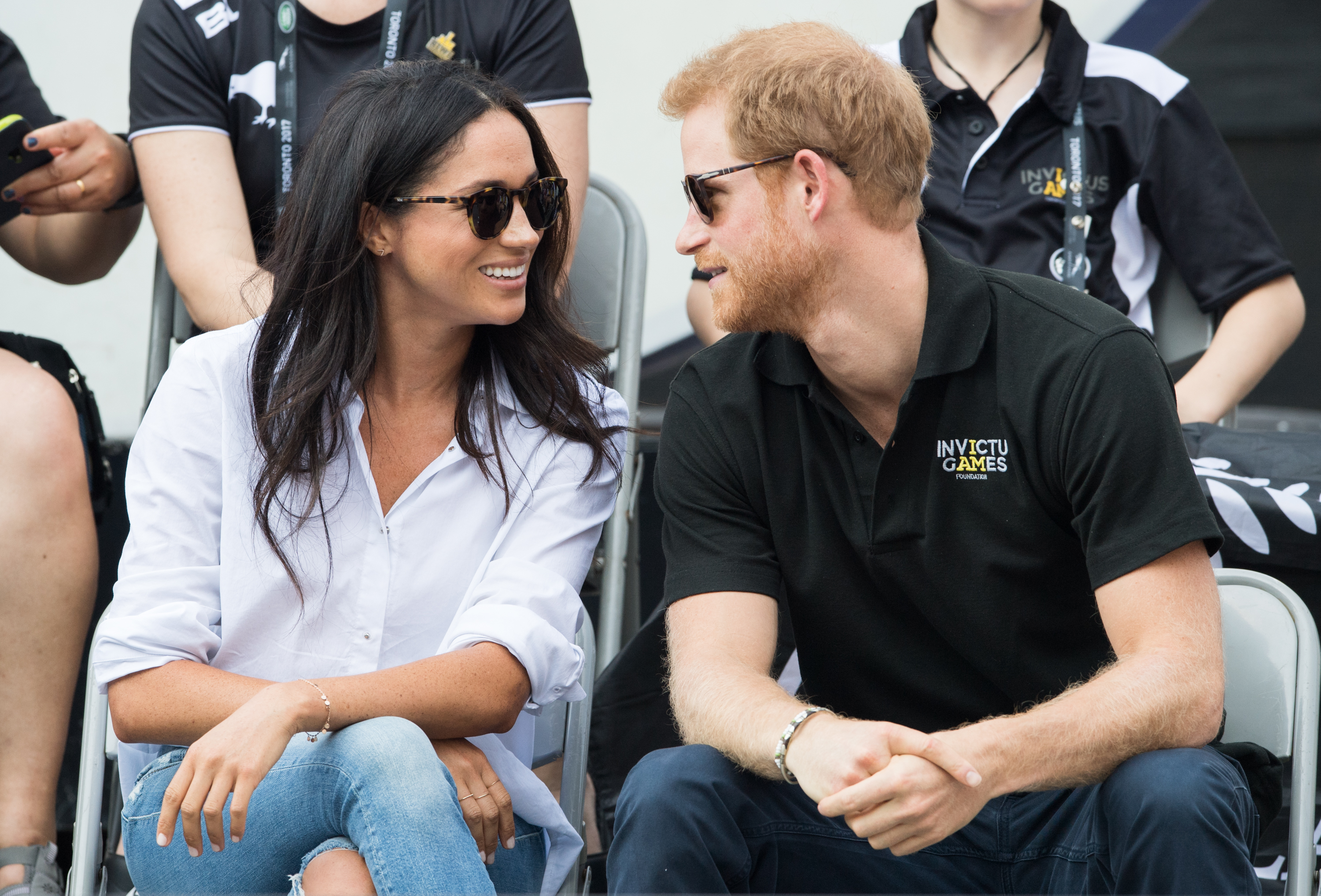 Seeing the world with her man is also a must.

From Jamaica to Africa, Scotland, and everywhere in between, this year alone Meghan and Harry have racked up a hefty collection of stamps on their passport.

As for what it takes to sweep her off her feet? She insists a good old-fashioned slice of pizza is the way to her heart. Us too, Meghan, us too!

“I’ve had dates at the nicest restaurants, but when you leave, you’re starving, and the best part of the date is having a slice of pizza and a couple of drinks on the way home. I think it’s important to be able to roll with the punches and enjoy every minute of it.”

Well, now we know what kind of man Meghan likes, let’s take a step back in time and get to know her former flames…

Breakups always suck, so spare a thought for poor old Cory Vitiello, who was reportedly given the flick shortly after Meghan met Harry last year.

A besotted Meghan even featured Cory on her now defunct lifestyle blog The Tig, but the post has since been removed.

The UK Telegraph claims the Suits star was an item with the successful celebrity chef for two years, and they were together when Meghan hit it off with Harry in May, 2016.

At the time, a friend close to the exes addressed speculation Harry could have played a part in their demise, saying: “I can’t comment on that.”

Just before they broke up, Cory praised his significant other for working with World Vision.

“So proud of my lady @meghanmarkle being named Global Ambassador for @worldvision #worldwaterday,” he penned.

But was it never meant to be?

“They were a very handsome pair and well suited, but you got the impression it was a sometimes superficial relationship,” an insider revealed to The Daily Mail.

“Cory was always very focused on his job and his work. In that respect, they both put their careers first. The relationship came second.”

According to The Daily Mail, Meghan, who lived with the foodie in a townhouse in Toronto, was “going through a tough time with her previous boyfriend” when Prince Harry “besieged her with texts until she agreed to a date.”

But don’t worry about Cory, he’s doing just fine! The cook is a regular guest star on lifestyle shows and runs a string of successful restaurants in Toronto.

“There’s no downside to being a well-known chef. There are thousands of great cooks in the city, and there are chefs who are more deserving of the celebrity than myself,” he told Toronto Life in 2016 of his high profile.

The fleeting fling: Irish pro golfer, Rory McIlroy, 2014 From a Cory, to a Rory!

Although never officially confirmed, these two were joined at the hip for a hot second back in August, 2014.

Romance rumors stepped up a notch after Meghan and Rory starred in a very flirty ice bucket challenge video together.

They were also spotted enjoying several cozy dinner dates in New York and Dublin, but sources at the time denied their romance to the Irish Independent.

We like our princesses to be modern and relatable.

And Meghan’s failed marriage to American producer Trevor Engelson, 40, makes us love her even more. In this day and age, who hasn’t had a doomed relationship?

After dating for six years, Meghan and Trevor, who owns his own production company called Underground, became engaged in 2010.

In September, 2011, they tied the knot in an extravagant beach-side wedding at the Jamaica Inn in Ocho Rios, Jamaica. There were over 100 guests in attendance and the celebrations kicked on for days (hopefully she’ll do something just as fun with Harry.)

Their marriage lasted just two years and by September, 2013 they had quietly separated.

Sources close to the couple claim Meghan’s role on Suits, which is filmed in Toronto, played a part in their demise.

“It put a strain on the relationship. Trevor was in LA making movies, Meghan was in another country five hours’ flight away and it simply took its toll,” a friend told The Daily Mail.

Fast forward to 2017 and Trevor is apparently set to cash in on his marriage to a potential princess with the explosive news this week he’s working on a TV show with a very familiar plot line.

According to Deadline, the show, which is not yet titled, will be based on an American divorced mother who moves to London to marry a British prince.

It will reportedly explore the difficulties of sharing custody with the royal family when your ex-wife is married to a prince.

Although the exes don’t share any kids, the controversial concept was dreamed up after Trevor was chatting to his fellow producer Dan Farah, speculating what it would have been like if they did have to share custody of children.

In July, sources told Woman’s Day the producer had been offered more than $1 million to write a tell-all book about his short-lived marriage to the star.

Insiders allege that Trevor has been asked to spill details about his and Meghan’s sex life, Meghan’s parents’ marriage breakdown, allegations of diva antics, temper tantrums on the part of the actress, and even shock claims Meghan had “an emotional affair” during their marriage!

A Royal Future in the Cards? Meghan Markle’s Co-Star Hints So