One woman is a super successful actress while another is a highly regarded news anchor. Despite their differences, Sandra Bullock and Hoda Kotb have one very big thing in common: their paths to motherhood. During a new TODAY Show interview, Kotb sat down with the Ocean’s 8 star to chat about adoption and their families.

“You don’t even know who you’ve inspired,” Kotb — who adopted her daughter, Haley Joy Kotb, in February 2017 — told Bullock during their interview, which aired on NBC’s TODAY Show on June 4. “Hundreds of thousands of children that are ready to be your child, you’re a forever parent the minute you accept the love of that child,” Bullock — who adopted son Louis Bullock, 8, and daughter Laila Bullock, 5 — told the TODAY Show anchor while holding back tears. “It’s amazing to me how we can take away people’s happiness by telling them this is the box that you have to stay in. There is no box. There’s no box.”

When Kotb then asked Bullock about her biggest priority today, the Oscar winner replied, “It’s my kids. Everything is about them being OK, being in school, having what they need, their moments. I need to be there for every single moment that they have. It’s harder for me to leave them than I think it is for them when I leave. I don’t leave that much, and I don’t work that much anymore either… So my priorities are my kids, my kids, my kids. My family. My family. That’s it.”

Bullock also opened up to Kotb about a time when she thought she might never become a mother. “And then [Hurricane] Katrina happened. Katrina happened in New Orleans, and I knew. Like, just something told me that my child was there. It was weird. It was very, very weird. Three or four years later… I looked at [Louis] and I just said, ‘Oh, there you are.’ It’s like he had always been there. It’s like he fit in the crook of my arm. He looked me in the eyes, and he was just — he was wise. My child was wise. The beautiful thing that I was constantly told was, ‘The perfect child will find you. You will find your child,'” she explained. 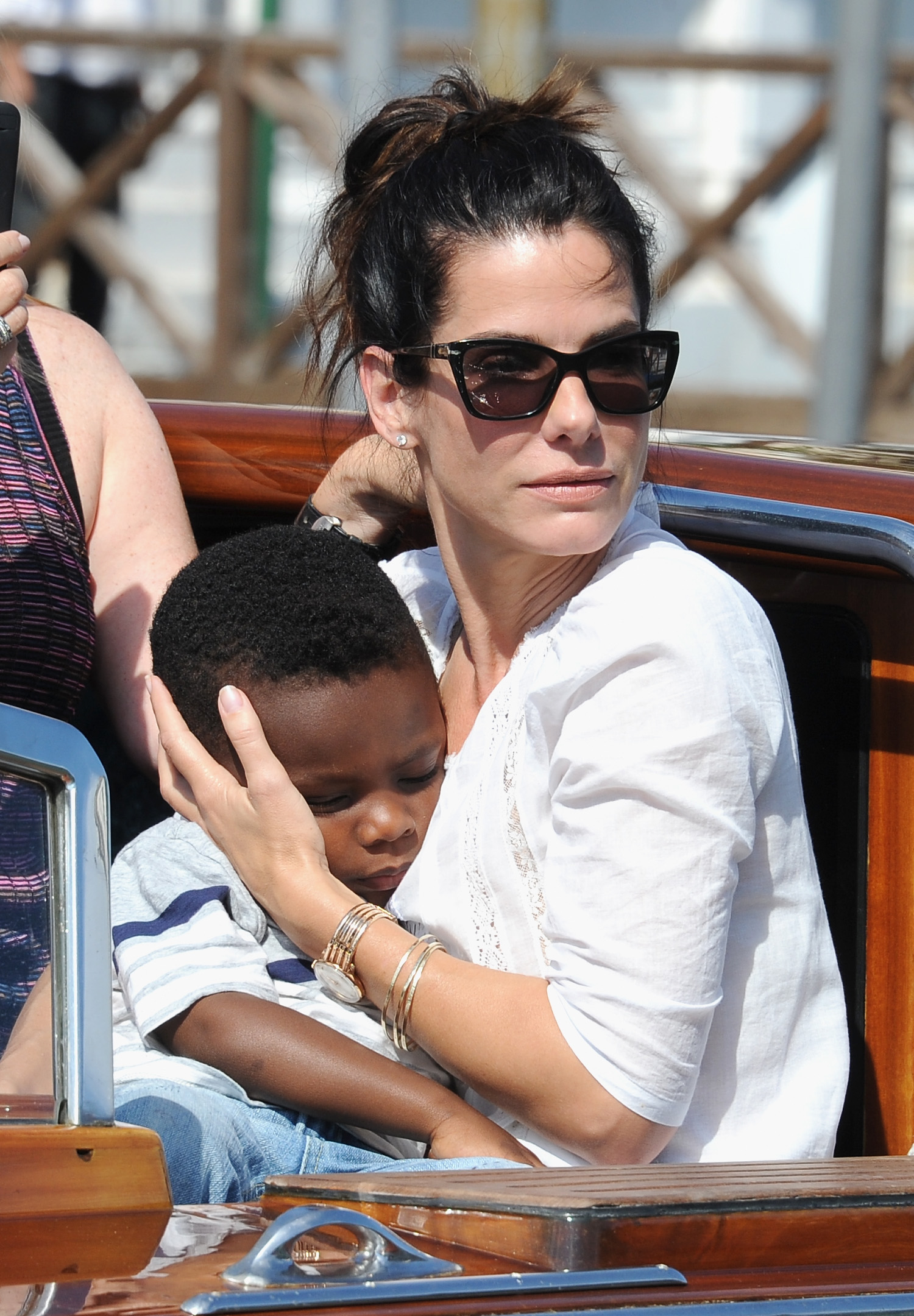 Bullock added, “I finally realized, ‘Oh, this is what I was supposed to do when I grew up. Not be an actress; to be a mom… This is my purpose.” During another recent interview with InStyle magazine, Bullock spoke out about being an impassioned adoption advocate. “Look, I’m all for Republican, Democrat, whatever, but don’t talk to me about what I can or can’t do with my body until you’ve taken care of every child who doesn’t have a home or is neglected or abused. It makes me teary-eyed,” she said. “Let’s all just refer to these kids as ‘our kids.’ Don’t say, ‘my adopted child.’ No one calls their kid their ‘IVF child.’ Let’s just say, ‘our children,'” The Blind Side actress continued.

The actress also opened up about her kids Louis and Laila’s funny sibling relationship during a recent appearance on The Ellen DeGeneres Show. “[Louis] wanted his sister and he knew she was his sister, but now there are moments when they want to kill each other,” the Ocean’s 8 star joked. The proud mom also admitted that daughter Laila is definitely the feistier of the two. “But I like that about her.”

As for Kotb, the journalist has said becoming a mom to daughter Haley has been the greatest joy of her life. “I used to think that work was the most important thing in the world. I just did. But I didn’t know what really mattered until you came along,” Kotb recently said of her little girl.

“You arrived and everything changed. When I was waiting for you, hoping for you, wishing for you, I wrote down, ‘I’ve loved you since forever,’ because I knew you were out there somewhere. And we were going to find each other. Sometimes all you can do is pray, hope, wish, want, dream, and then wait — and you arrived,” she added.