With just over a week until the big day, English reporter Jessica Salter takes on the ultimate challenge — a fitness regime fit for a princess-to-be.

There’s a moment when I’m stretched out in a plank, balancing my trembling body on a moving, weighted platform that is poised to spring back in my face if I don’t hold it steady, when I wonder if I’m going to die. My spindly arms won’t hold out much longer and I will snap in half, disappearing beneath the springs on this torture machine. My daughter will be motherless, but at least the pain would end.

Why am I risking life and limb? In the name of hard-“core” journalism: specifically the challenge of working out like 2018’s ultimate bride-to-be Meghan Markle. Because while Kate Middleton favors the quintessentially British pursuits of hockey, rowing, and lacrosse — words that are synonymous with misery and chilblains — Meghan, with her air of Hollywood, is into more glamorous ways of keeping fit.

I start warming up the way most serious athletes begin: with late-night Google sessions to see what Meghan wears for workouts. I can’t start until I’ve ordered a new outfit, can I? But, of course, it’s a classic delaying tactic, because I know finishing this week’s workouts is going to be hard. You don’t get calves like Meghan’s just from tottering around after [Suits character] Mike Ross in stilettos and a pencil skirt.

The Workouts With a Royal Seal of Approval

Monday: Megaformer Pilates at Studio Lagree. “Give it two classes and you will see a difference,” says Meghan.

The best place to begin, I decide, is with the exercise that Meghan has said “totally transformed” her: Megaformer Pilates. I had actually been to Meghan’s favorite studio in LA, which is owned by her best friend and potential bridesmaid Heather Dorak, two years ago, thinking a light stretch would ease my jet lag. But the instructor had a version of tough love bordering on masochism. “You chose me, I didn’t choose you,” he said at one point. One girl left in tears. Like lots of Los Angeles trends and Ms. Markle herself, the Megaformer has filtered over to the United Kingdom. So as I had basically forgotten the trauma from the first time, I signed up. Meghan has said “Give it two classes” but perhaps not with a gap of years in between. I spend the class mentally weighing if death by Megaformer is preferable to the embarrassment of leaving halfway through. 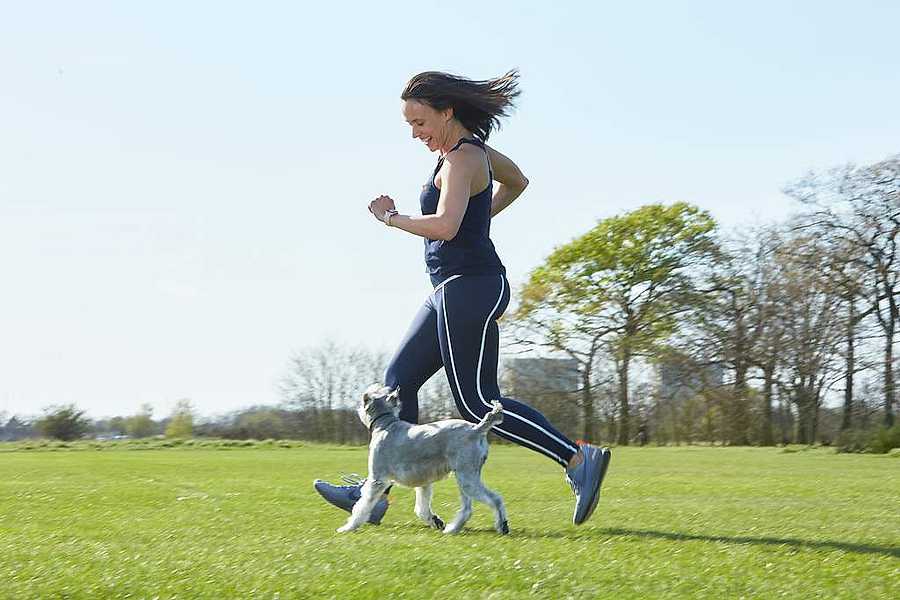 Of course, I battle on, too stoic to do anything else. But I take it down a notch the next day. Meghan needs running “as much for clearing my head as for keeping in shape” and loves dogs. Running makes me wheezy and dogs make me sneeze. This is going to be a blast. I borrow a friend’s pooch and head out for Meghan’s standard six-mile jog around my neighborhood, not the grounds of Kensington Palace. The effort of not losing the dog to a particularly menacing-looking swan turns out to be usefully distracting. As I gratefully hand back the dog, I clock that we’ve managed to run 5.7 miles — but I’m not sure what it did for my anxiety levels.

Promising myself more Californian zen, the following evening, around the time I’d normally be getting into my PJs, I haul myself out to Shoreditch, not for a drink, but a candlelit yoga class. A lifelong devotee of yoga — her mother Doria teaches it — Meghan’s said regular vinyasa practice is made better with hip-hop and candlelight. While she’s in LA, she goes to the Y7 Studio; over here, I’m off to Fierce Grace, a favorite of our own TV royalty Caroline Flack.

As I push the door open, I see I’ve made a catastrophic faux pas — my clothes. My fellow yogis are in bra and pants; men in the briefest of shorts. I’m late, so I’m forced to take a front-row slot beside a man who looks like Sting’s sweatier, bendier, and more scantily dressed doppelgänger. Thank God the lights are about to dip. Over pounding, womb-like drones, our instructor breathily instructs us to go deeper, open our legs wider, experience the sensation. 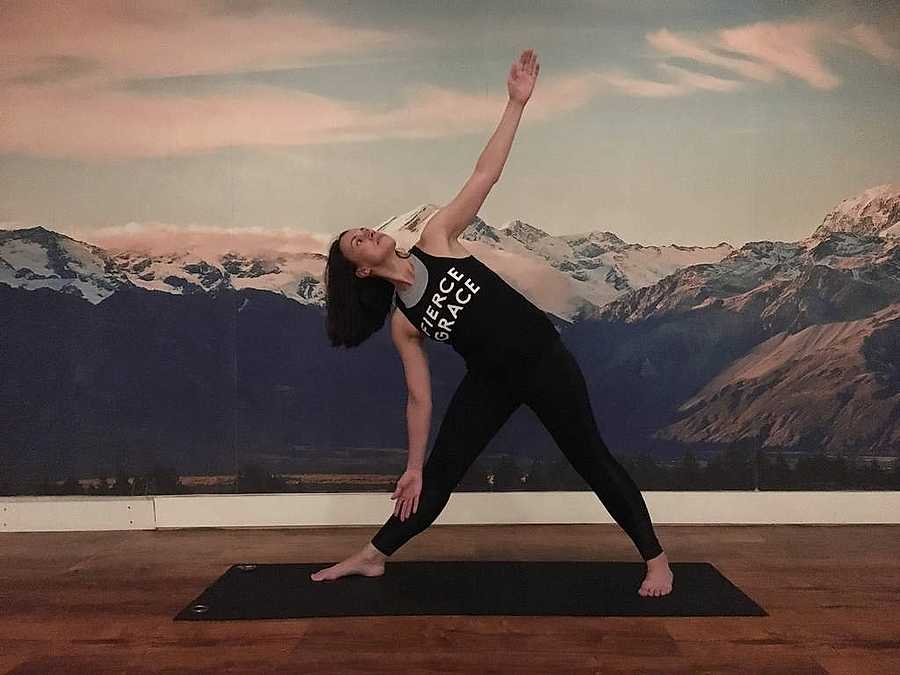 Yikes, is this what Meghan gets into? Does the queen know? I tuck my top into my bra to increase airflow, and desperately suck on my water bottle in mild, rising panic as it gets hotter and hotter. Then something happens. The drones, the heat, the bendy man making impossible shapes — I feel spacey. After two hours, I emerge into the night with sweat-soaked leggings, a mascara-streaked face, and eau-de-somebody-else’s-gym-mat clinging to my pores.

The next morning, feeling stiff but high on love and peace, I hop out of bed at the first whimper of my daughter, hand her to my butler (aka husband), and head off to my first sound bath. I’ve read that Meghan meditates a lot, though I can barely close my eyes without my mind wandering. But as the teacher packs away her crystal bowls after my session at a newly opened studio in West London, I realize an hour has slipped by. I’ve either been meditating or snoozing, but I feel amazing. I glug down a pricey green “performance” juice to seal the deal.

But deep down, I know this is getting too easy. My sleuthing had revealed that Meghan had a personal trainer in Toronto, so I book a session with personal trainer Matt Roberts, who has trained supermodels and actresses. Can he give me a princess-in-waiting workout? After a brief confessional — yes, I eat carbs; no, I don’t go to the gym much — he prescribes weights. Nothing flimsy, though. Meghan probably uses heavy weights four to five times a week. He drills me: deadlifts, glute bridges, fly presses, and seated rows, followed by box jumps, burpees, and skipping. Behind Meghan’s perfect smile is a woman made of pure steel. Me? I’m a beetroot-faced mess who needs help getting downstairs to the changing room. 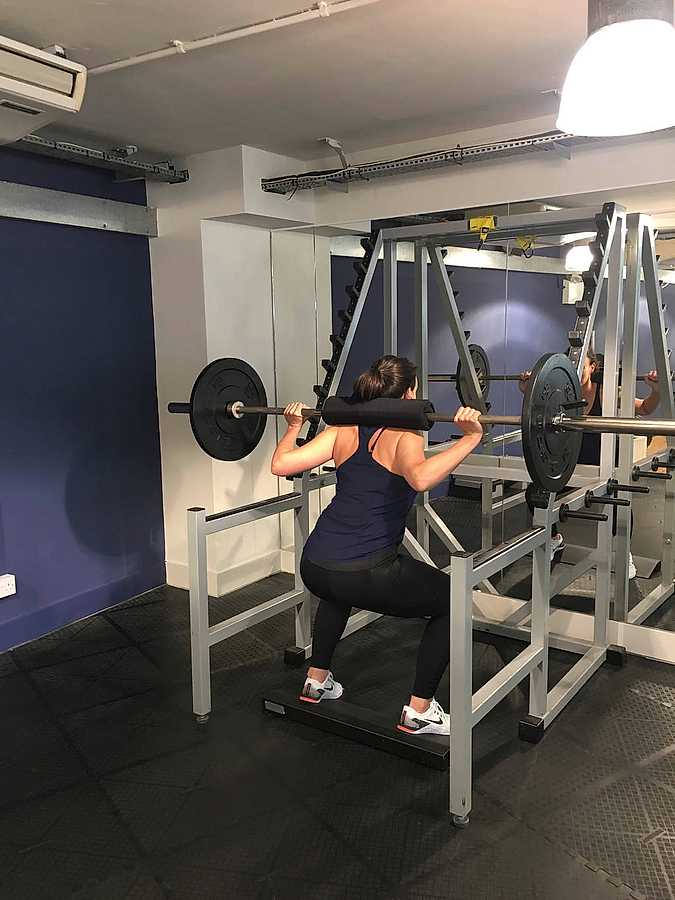 Roberts offers to set me up with his in-house nutritionist, but no need! From my notes, I know that when it comes to relaxing time — hello, weekend, I’ve never needed you more — Meghan loves to relax with a glass of wine and some fries. I don’t think I have the energy (or money) to ever repeat this week, but raising a glass to our newest royal? That I can do. To the bride!

This article was written by Jessica Salter. For more, check out our sister site, Grazia.