Queen Elizabeth has always enjoyed horses, both riding them and watching them race. But little did we know, the queen also enjoys the fruits of her winnings very much.

People revealed that new statistics showed the 91-year-old queen has amassed almost $9 million in winnings in the past 30 years. That is some serious side hustle.

The horse enthusiast was given her first pony when she was 4 years old and won her first race as a horse owner when she was a 23-year-old princess in 1949. It is estimated the queen currently owns 25 horses. Most of them are stabled at the stud on the Sandringham Estate in Norfolk.

Queen Elizabeth’s most successful run of races was in the 1930s, but according to Sean Trivass of Myracing.com, the Queen is “back in the game” after a good year on the track. Although the queen attends Royal Ascot races every June, Trivass reveals that her love of the horses is greater than her love of the racing. 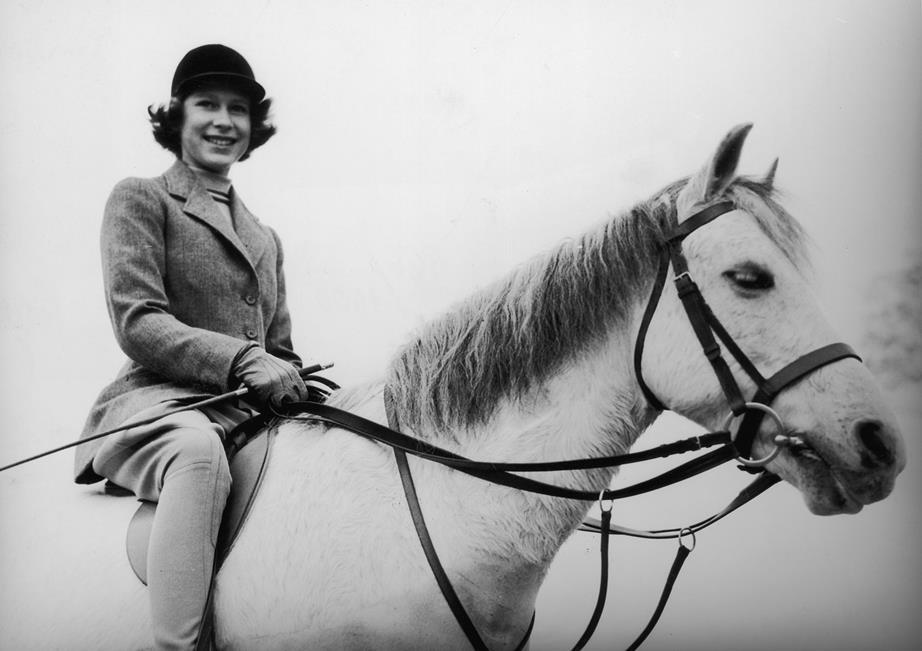 Pictured here in 1940, the queen has always been an avid horse rider. (Photo Credit: Now to Love)

“She is a small owner-breeder. There is far more satisfaction as an owner-breeder to have seen that horse as a foal grow up and then go to the races, and then win it. She appreciates and enjoys that side of things as much as anything,” said Trivass.

Earlier this week, the queen and her eldest son, Prince Charles, 68, visited the Household Cavalry Mounted Regiment, where the royal had the honor of naming the regiment’s new drum horse, Perseus. Looking fetching in a sky-blue cashmere ensemble by Stewart Parvin, the queen was seen enjoying herself among the beautiful horses.

The Queen was first introduced to the regiment’s new drummer horse – today officially named Perseus by Her Majesty. pic.twitter.com/B2izfNp7r1

While visiting the stables, Queen Elizabeth took the time to say hello to a particular mare, Joanie. The striking horse was given as a gift from the monarch to the regiment last year. Upon viewing the horse, the queen remarked, “She’s quite small,” and fed her a mint. When the horse curled its lips and bared its teeth, the queen laughed, “Horrid!” That’s one brave mare!

Amongst the @HCMRegt horses is Joanie – a horse given from Her Majesty to the regiment last summer. pic.twitter.com/n247ud4YUs

Myracing.com ranks the royal racer as 11th in the flat-racing season that ended recently. It’s estimated she earned around $545,600 this year. Giddy up!

12 Queen Elizabeth Facial Expressions Every Grandma Can Relate To

Queen Elizabeth II Has Four Cocktails a Day, and She Starts Well Before Lunch