Canadian crooner Bryan Adams has finally addressed longtime rumors that he may have had a relationship with Princess Diana while she was alive. When Adams appeared on the Bravo TV show Watch What Happens Live with Andy Cohen this week, he was asked if he and the beloved late royal were an item. Surprisingly, the singer didn’t back down from the question that has followed him for years.

“Great friends,” Adams responded. “And she didn’t sneak me in, I would just roll up.”

As you may recall, speculation about his feelings for the princess started all the way back in 1985, after he released a love song called “Diana.”

Of course, there were (and are!) many women out there named Diana, but the song lyrics seemed to suggest affection for and devotion to a particularly famous one: “The first time I saw you was in a magazine; The next time was you was walkin’ ‘cross my television screen; I knew right there that I had to make you mine; The day that you married him I nearly lost my mind.”

And those were only the opening lines! Later on in the tune, Adams refers to this mysterious Diana as “the queen of my dreams.” Naturally, gossip only increased after the two met in person in 1986 during the princess’s tour of Canada. Their friendship blossomed years later, leading many to wonder whether the two were ever romantically involved. 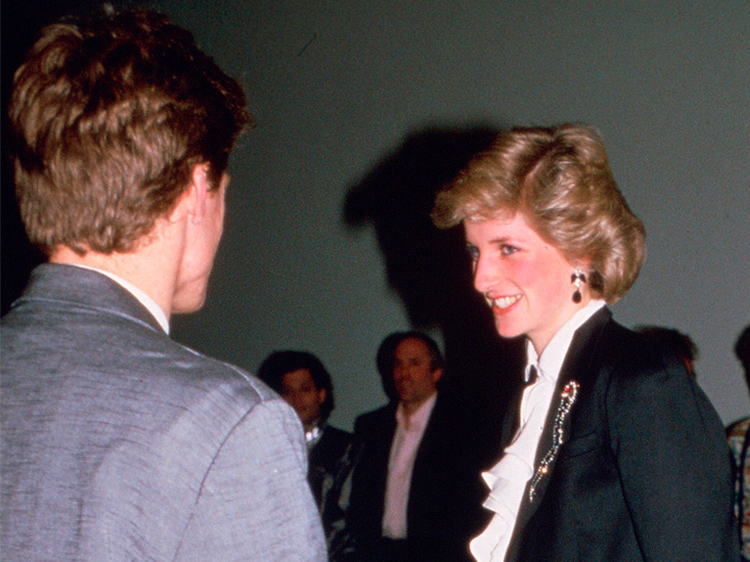 So it’s not surprising that Cohen continued to ask Adams on the show if the two were actually more than just “great friends” years ago.

Adams repeated, “She was just — we were good friends.”

Of course, Princess Diana was adored by her many friends and fans during her all-too-short life. Two decades after her untimely death in a tragic car crash, the icon leaves behind an incredible legacy of humanitarian work and continues to inspire millions of people around the world.

Whether or not she was the queen of people’s dreams, Diana is unquestionably still “a queen in people’s hearts,” as she always hoped she’d be.