Prince William has broken his silence on the happy news that his younger brother, Prince Harry, will soon wed Meghan Markle. And his (unexpected) response was peak sibling reaction.

During the first day of his two-day visit to Finland on Wednesday, November 29, the 35-year-old said he hopes his brother’s engagement to the former Suits star means he’ll finally stop “scrounging” his food.

“We’re very excited and delighted for them both and wishing them all the happiness in this very exciting time,” William told reporters, before adding the kicker: “And for me personally, I hope it means he stays out of my fridge and will stop him scrounging my food, which he’s done for the last few years.”

The second-in-line to the throne was then quick to send his well wishes to the couple as they prepare (very quickly, we might add) for a royal wedding.

“It’s a fantastic process to go through — the engagement and then the buildup to the wedding,” he said. “They’ve got a lot of happy times ahead of them. I think they’re very caught up in the moment, and I wish them all the happiness and success in planning the wedding.”

He added: “I hope it goes really well.”

“She didn’t even let me finish, she said ‘can I say yes, can I say yes?’ And then there were hugs, and I had the ring in my finger, and I was like can I… can I give you the ring? She goes — oh yes the ring.” 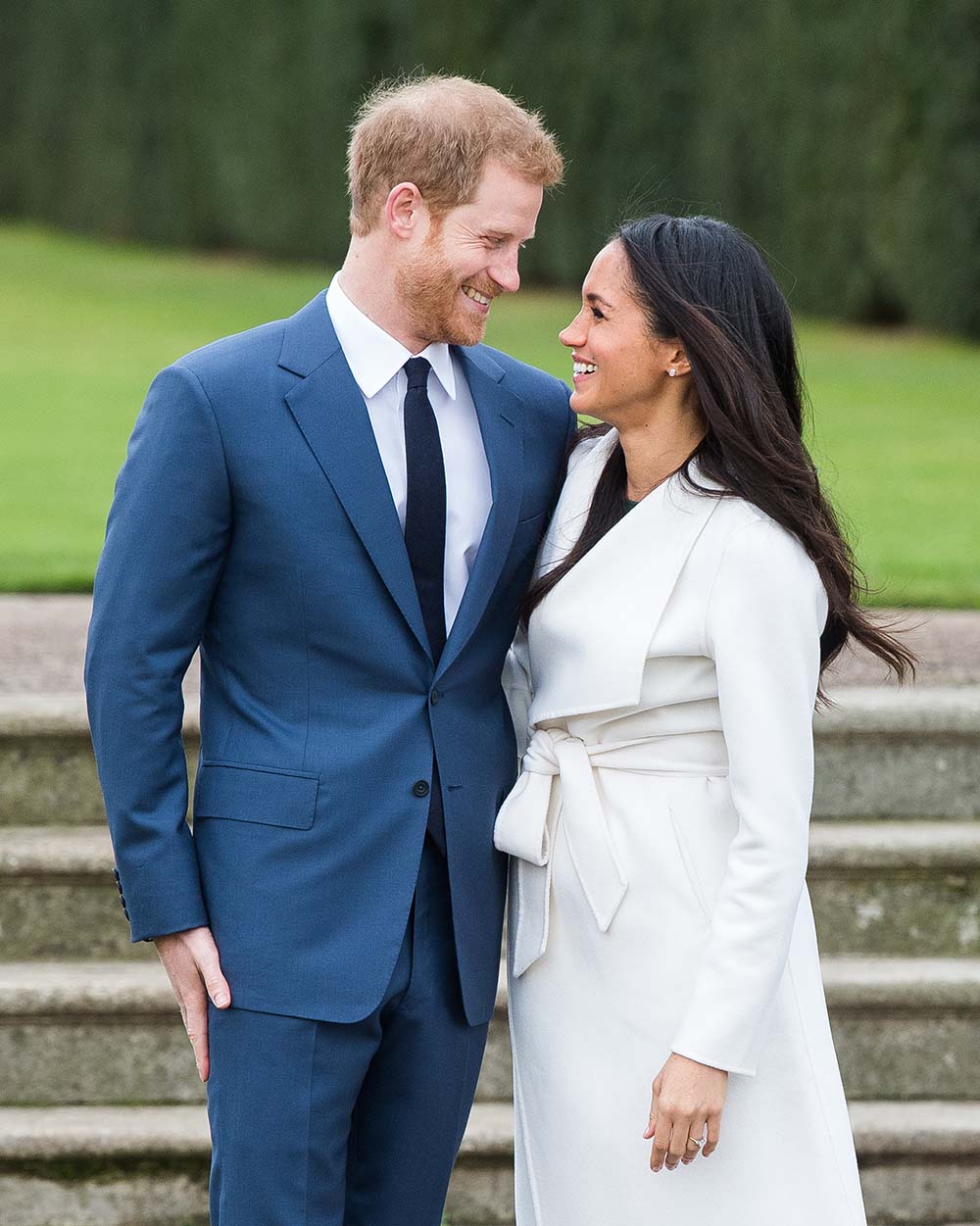 Harry and Meghan have been together for more than a year. (Photo Credit: Getty Images)

“It was a really nice moment, it was just the two of us and I think managed to catch her by surprise as well.” “It was so sweet and natural and very romantic,” Meghan added.

The duo are set to marry at St. George’s Chapel at Windsor Castle in May 2018.

Are Meghan and Harry Stealing Kate’s Baby Thunder With Their Ill-Timed Engagement?

Prince Harry and Meghan Markle’s Body Language Tells Us a Lot About Their Relationship, Expert Says