Four days after the birth of the third royal baby, Prince William and his wife, Kate Middleton, have revealed the name they picked for their newest little prince. Kensington Palace made the announcement — and it is indeed regal.

“The Duke and Duchess of Cambridge are delighted to announce that they have named their son Louis Arthur Charles,” the statement read. “The baby will be known as His Royal Highness Prince Louis of Cambridge.” The name Louis is most likely in tribute to Prince Phillip, whose grandfather was Prince Louis Alexander of Battenberg. One of Prince William’s middle names is also Louis, and Prince Charles‘ uncle Earl Louis Mountbatten had the moniker. Arthur is also a tribute to Prince Charles and William, who both have it as a middle name as well.

The news comes just a day after it was speculated that the baby would be called Albert following a glitch on the royal family’s official website, showing a URL with the name Prince Albert. Though Kate, 36, and William initially stayed mum on their new addition’s moniker, the proud dad did tell royal fans waiting outside the Lindo Wing earlier this week that the baby’s name is “strong.” And he was right. In French, Louis means “renowned warrior.”

Leading up to the birth, royal fans have been placing bets on possible monikers for months. At one point, bookkeepers — who did not know the baby’s gender at the time — suggested that Alice was the favorite name for a baby girl. Mary was also another pick, but it ended up slipping in the ranks once Alice moved up. Philip, Victoria, and Arthur were also hotly-tipped names for the third Cambridge child. 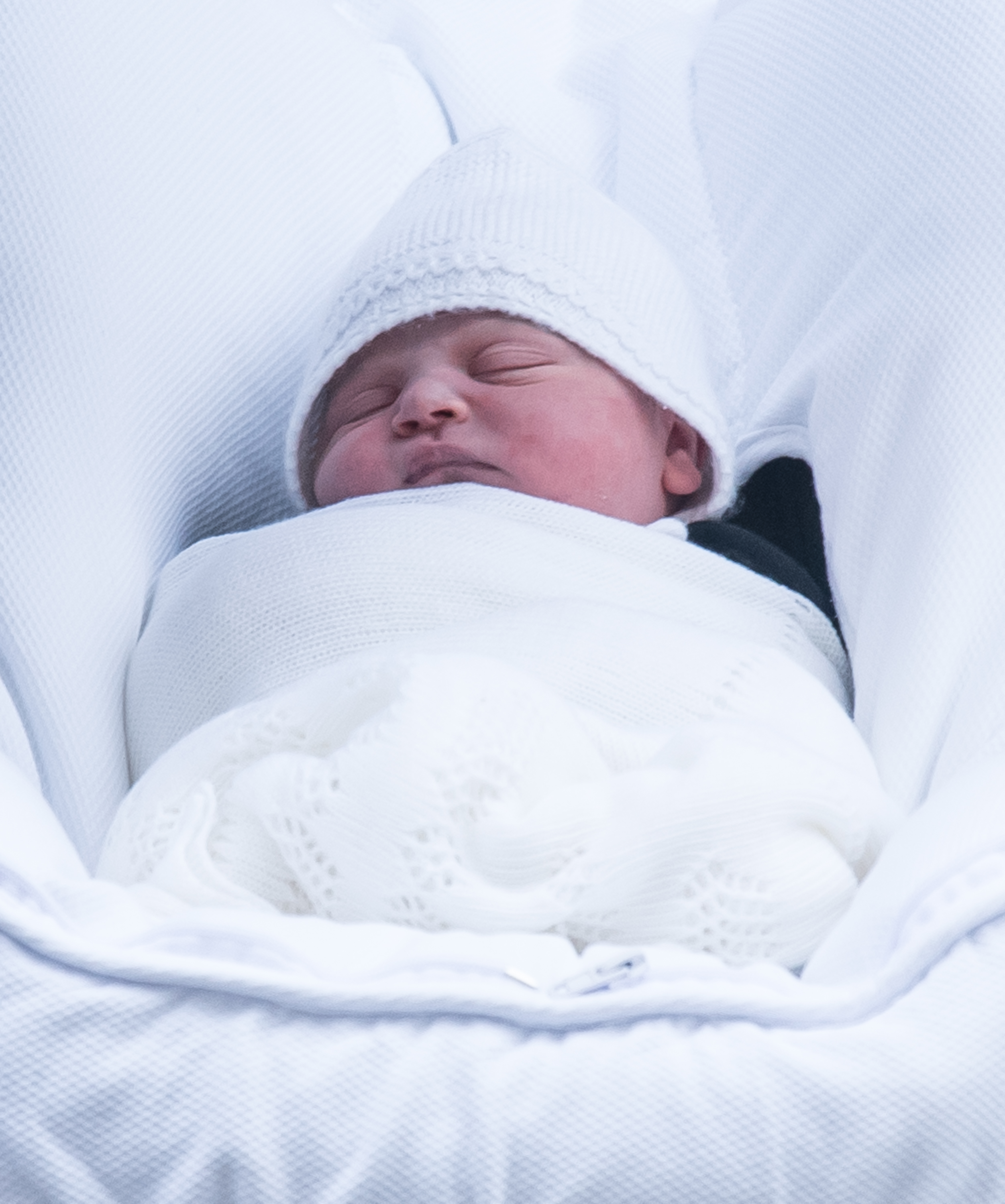 On April 23, Kensington Palace announced the birth of royal baby No. 3 with a statement that read, “Her Royal Highness The Duchess of Cambridge was safely delivered of a son at 1101hrs. The baby weighs 8lbs 7oz. The Duke of Cambridge was present for the birth. Her Royal Highness and her child are both doing well. The Queen, The Duke of Edinburgh, The Prince of Wales, The Duchess of Cornwall, Prince Harry, and members of both families have been informed and are delighted with the news.” Buckingham Palace followed up with an official announcement in the palace’s forecourt.

Kate and William previously revealed that they were expecting again in September 2017. “Their Royal Highnesses The Duke and Duchess of Cambridge are very pleased to announce that The Duchess of Cambridge is expecting their third child. The Queen and members of both families are delighted with the news,” a statement released by Kensington Palace read at the time.

The New Royal Baby Probably Won’t Have a Last Name — Find out Why!

The New Royal Baby Already Beat His Older Siblings at One Big Thing — Get the Details!