Prince Harry and Meghan Markle have been targeted in a terrifying anthrax scare. On February 12, the royal couple were sent white powder, which was thought to possibly be anthrax, in a letter to their Kensington Palace home. The letter was addressed to both Harry and Meghan.

Thankfully, the letter was intercepted before it reached the royal couple and the powder inside was found to be harmless. Harry, 33, and Meghan, 36, who will tie the knot in a matter of months, have been informed about the incident. A spokesman for the Met, the police force in London, confirmed police are now investigating “after a package containing a substance was delivered to St. James’ Palace on Monday, February 12. The substance was tested and confirmed as non suspicious,” he said. “Officers are also investigating an allegation of malicious communications, which relates to the same package.” No arrests have been made and the investigation is ongoing.

The event comes at at time where the couple has especially high security before of their wedding on Saturday, May 19. On a recent visit to Edinburgh Castle in Scotland, the couple opened up about their plans in the lead up to the big day. As they walked outside the iconic site, Meghan was asked about her upcoming bachelorette bash. Although she’s unsure of the exact plans her friends have set in place, she said everything “is sorted.”

“We asked them what they were doing for their [bachelor] and [bachelorette party],” Tom Martin, 30, told People. “Meghan said, ‘I’m not sure — it’s sorted, but it will be fun. Harry said he didn’t know. I’m sure William’s got something up his sleeve,” Tom added. 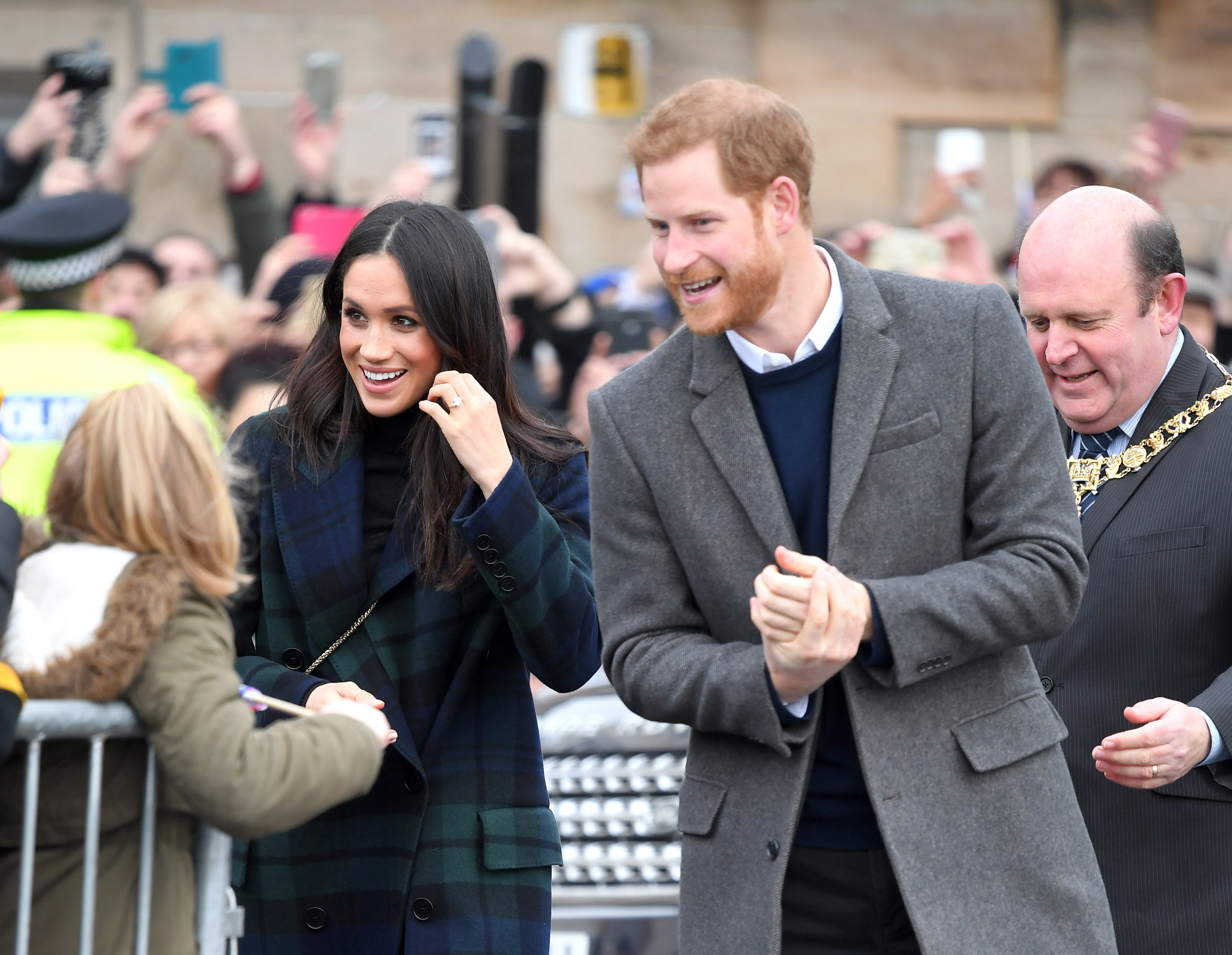 Kensington Palace has announced some details about the upcoming royal wedding. In a statement published on its social media pages, the palace revealed that after the ceremony, the newlyweds will go on a tour of the town as their first trip as a married couple to greet people from all over the world. It will certainly remind fans of Prince William and Kate Middleton’s wedding.

After the carriage procession, guests will gather inside St. George’s Hall for a day-time reception. In the evening, Harry and Meghan will mingle with their guests at a private reception hosted by the groom’s father, Prince Charles. Sources told the Daily Mail, that the royal wedding will be divided into two segments — an informal dinner and a reception with drinks. Although there’s no word yet on the guest list, the palace promised more information will be shared.

Meghan Markle Says Prince Harry Is a Feminist, Too