When Prince Harry and Meghan Markle tie the knot next week, all eyes will be on the bride and the long-awaited reveal of her wedding gown. But there’s one other area royal watchers and gamblers alike will be directing their peepers: the groom’s facial hair.

Harry, who served two tours of Afghanistan, is expected to wear his military uniform at his upcoming wedding, just as his brother, Prince William, did at his 2011 nuptials to Kate Middleton. But British army rules dictate that grooms who marry in uniform should — technically — be clean-shaven. “He’s not able to wear his Royal Horse Guards uniform with a beard,” royal biographer Hugo Vickers told Press Association.

However, the beloved royal has worn a military dress coat in public with a beard before. “He does it sometimes but they don’t like it,” Vickers said, acknowledging that Harry has broken this rule in the past. “That’s why when he took the parade at Sandhurst, he wore a suit.” 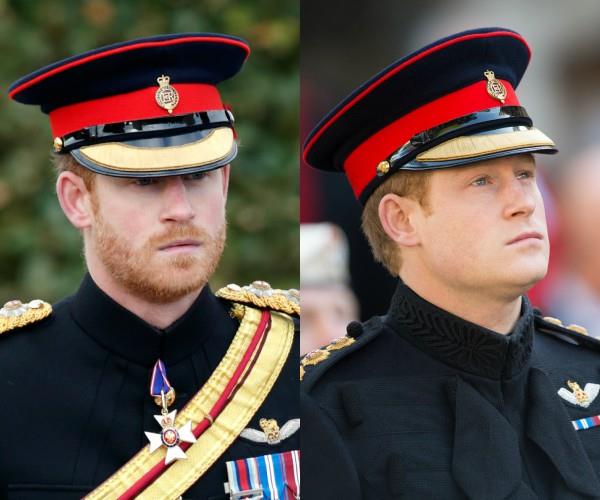 Of course, as a member of the British royal family (and no longer on active duty), Prince Harry will be given a certain amount of flexibility in this the situation. And there’s a good chance the prince may forgo the uniform all together. According to royal correspondent Penny Junor, it’s possible the young royal will ditch the uniform in an attempt to keep the occasion more low-key.

Harry and Meghan’s wedding will undoubtedly play out as a modern-day fairytale between the dress, the castle, the carriage, and the guest list. But because the nuptials are taking place outside of London (and for a royal who is unlikely to be a future king), it’s certain to have a different, more “relaxed”, energy to that of royal weddings past. “My hunch is Harry will wear morning dress because it is going to be relatively low-key, compared with his brother’s wedding, and he is no longer a serving officer,” Junor told Elle UK. “If he wore a uniform, it would make the whole thing much more formal and he is essentially a very informal sort of guy.”

Let’s not forget, too, that he’s had a beard throughout his relationship with Meghan. So it might be a little odd if it simply — poof! — disappeared on the big day. So what will it be: beard or no beard? Well, bookies now make it just a 10/11 shot that the royal will shave his facial hair before the big day. Speaking with Express, Alex Apati of Ladbrokes Betting said, “It looks as though Harry’s beard will go, and the groom will be well-groomed ahead of the biggest day of his life.”

All bets aside, only time will tell whether the prince shaves. Fortunately, we don’t have to wait long to find out. Harry and Meghan will exchange vows at St. George’s Chapel at Windsor Castle on May 19.

This article was written by Candice Mehta-Culjak. For more, check out our sister site, Now to Love.

I Survived a Week of Meghan Markle’s Intense Wedding Workouts