Actress Ellen Pompeo is getting real about Patrick Dempsey’s controversial Grey’s Anatomy exit — and has shed more light on whether or not the co-stars got along off-camera. In a candid new interview with The Hollywood Reporter, Ellen revealed his departure actually helped her negotiate a bigger salary with ABC. “For me, Patrick leaving the show [in 2015] was a defining moment, deal-wise. They could always use him as leverage against me — ‘We don’t need you; we have Patrick’ — which they did for years. I don’t know if they also did that to him because he and I never discussed our deals,” Ellen, 48, said.

“There were many times where I reached out about joining together to negotiate, but he was never interested in that. At one point, I asked for $5,000 more than him just on principle, because the show is Grey’s Anatomy and I’m Meredith Grey. They wouldn’t give it to me. And I could have walked away, so why didn’t I? It’s my show; I’m the number one. I’m sure I felt what a lot of these other actresses feel: Why should I walk away from a great part because of a guy? You feel conflicted, but then you figure, ‘I’m not going to let a guy drive me out of my own house,'” Ellen shared. 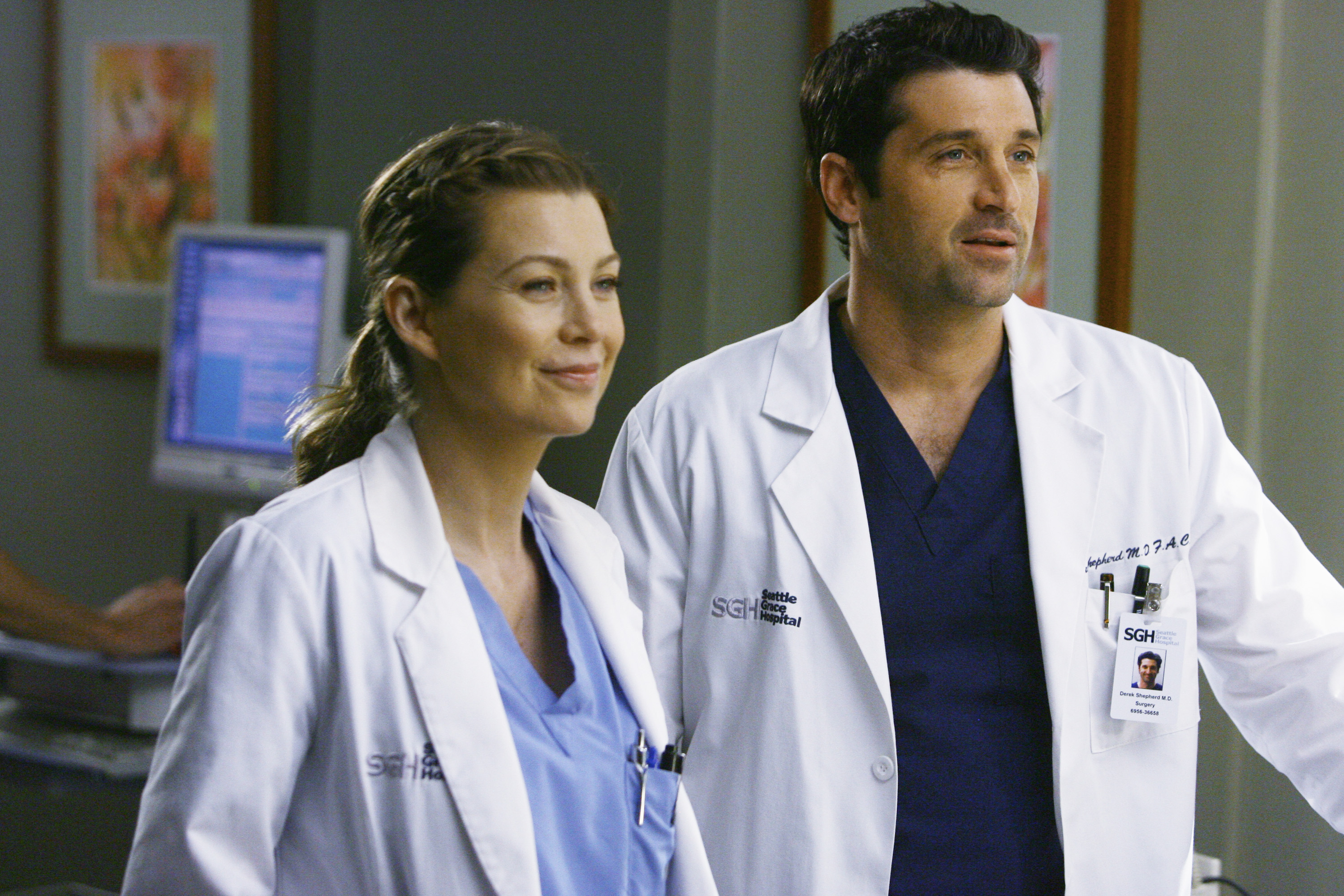 “The truth is, the ink wasn’t even dry on his exit papers before they rushed in a new [love interest for Meredith]. I was on vacation in Sicily [Italy] decompressing — it was a long working relationship and it was a tumultuous end, and I needed a moment to just chill with some rosé — and they’re calling me, going, ‘What do you think of this guy?’ ‘What do you think of this guy?’ And they’re sending pictures. I was like, ‘Are you people f–king nuts? Why do you feel that you have to replace this person?'” Ellen continued.

Earlier this week, news broke that Ellen had signed a new Grey’s Anatomy contract for $20 million per year — aka $575,000 per episode — through Seasons 15 and 16. According to The Hollywood Reporter, the mom-of-three’s latest deal additionally includes “a seven-figure signing bonus and two full backend equity points on the series, estimated to bring in another $6 million to $7 million. She also will get a producing fee plus backend on this spring’s Grey’s spinoff, as well as pilot commitments and office space for her Calamity Jane production company on Disney’s Burbank lot.” You go, girl!

“I’m 48 now, so I’ve finally gotten to the place where I’m OK asking for what I deserve, which is something that comes only with age,” Ellen said of her impressive new salary. “Because I’m not the most ‘relevant’ actress out there. I know that’s the industry perception because I’ve been this character for 14 years. But the truth is, anybody can be good on a show season one and two. Can you be good 14 years later? Now, that’s a f–kin’ skill.”