Is this the secret to a happy marriage? Nicole Kidman has been happily married to Keith Urban for 11 years — and for the mom-of-four, it’s all about making it work. Shedding a rare light into their romance, the actress recently sat down with Glamour magazine, to reveal that the couple believes in having roles. Nicole said her country crooner beau acts like the “tough” one, which allows her to be more “sensitive” and “raw.”

Tom Cruise’s former wife was interviewed by filmmaker and writer Rebecca Miller, who asked, “How do you tell yourself, after so many years in Hollywood, ‘It’s okay to keep your heart out?'” The Big Little Lies starlet replied, “Well, Keith always says to me, ‘You stay raw and sensitive, and I’ll buffer things for you.'” Nicole continued, “He is always told, ‘You’re so tough.’ And he says, ‘That’s not what I want for you, Nicole. You don’t need to get a thick skin.'” The 50-year-old explained this gives her the chance to “be less guarded and more curious.”

A woman of many words, Nicole described Keith’s actions as a “beautiful offering.” It clearly works for the Aussie power couple. Nicole and Keith tied the knot in a stunning Sydney wedding back in 2006. Today, they’re the very proud parents to nine-year-old Sunday Rose and six-year-old Faith Margaret. The actress, who has helped champion women’s voices, especially with her powerful work on the mini-series Big Little Lies, also shared her new work ethos. Nicole has vowed to work with a female director every 18 months.

“As an actor, you’re only as good as the things you’re offered. And there just weren’t any women offering me things. So when you dissect that, you realize there aren’t women offering you things because they don’t have the opportunities,” she told the magazine. “I work to raise money for women’s cancers; I use my voice for violence against women. And so I was like, ‘I need to be part of the movement that will, hopefully, change the statistics in my field.'” 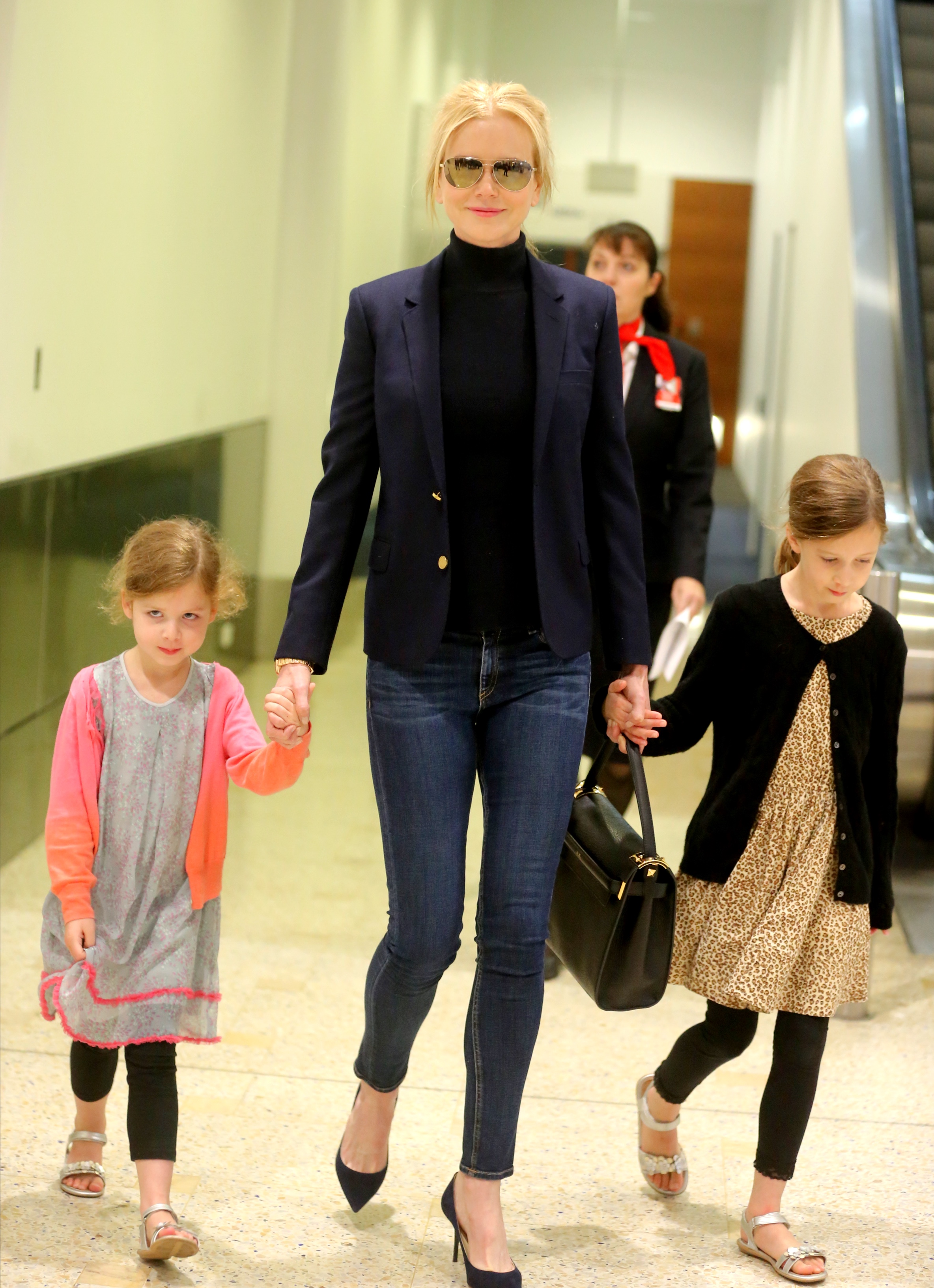 Her remarkable promise is something that will impact her daughter Sunday Rose, who looks to be following in her mommy’s footsteps. “My nine-year-old daughter wants to be a director right now. Her whole attitude is ‘The world’s my oyster.’ She doesn’t realize that it’s actually not.” She passionately continued, “I also can’t be talking about it and not doing it. Because, to be an advocate, you have to actually put things into action. It’s like, ‘Okay, Rebecca. You’re making a movie? Let’s go.’ ‘Okay, Karyn Kusama’ — I’m working with her next — ‘we may not have an enormous budget, but let’s go do it. I’ll get down in the trenches with you.'”