The world is round, you can marry the person you love, and Nicole Kidman is the queen of our hearts. The Big Little Lies star has recently showed off her secret talent. We already know she makes her husband, Keith Urban, swoon, she’s best friends with Reese Witherspoon, and she has a clap that can stop the world.

But, there is something about the Hawaiian-born beauty that we had no clue about.

Nicole Kidman doesn’t mind eating bugs. This isn’t for a role — it’s her choice. The 50-year-old dished to Vanity Fair about her hidden food flair.

As she took stage for the magazines “Secret Talent Theatre,” the starlet feasted on a four-course meal containing an array of her favorite bugs. Kicking off her creepy, crawly dishes, Nicole Kidman snacks on some living hornworms. Showing off her skills further, Nicole even uses chopsticks. She gently pops the insects one-by-one in her mouth, just like like candy.

“Mmm, extraordinary,” she gushes to camera.

The Oscar-winning actress then goes to town on some worms, crickets, and caps off her feast with fried grasshoppers. 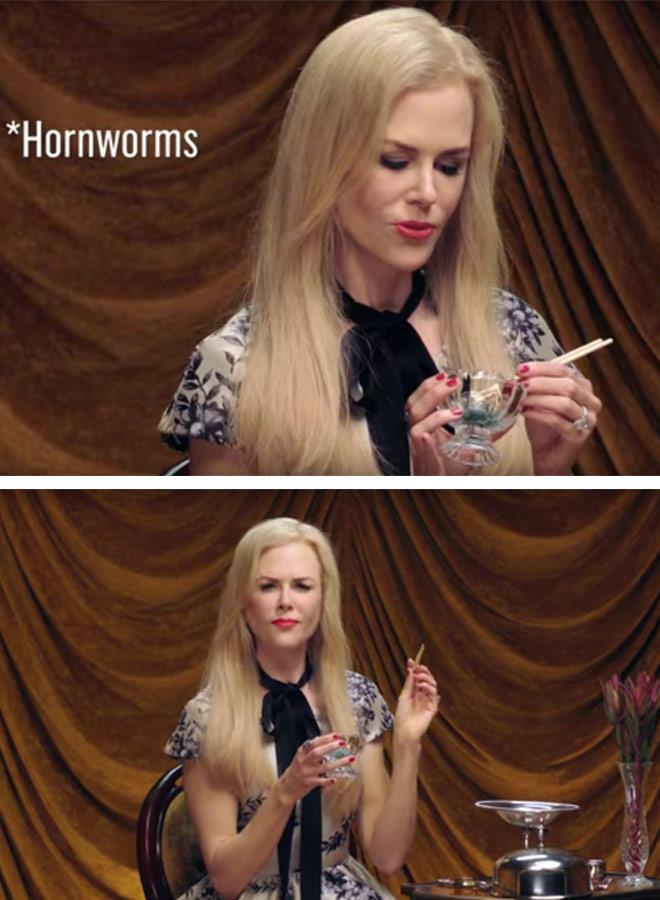 She truly seems to like them… (Photo Credit: Now to Love)

“Just a little side note,” she begins, “Two billion people in the world eat bugs… and I’m one of them!”

There’s word if Keith eats bugs too, but according to a report by the United Nations, there’s actually many benefits for eating creepy crawlies. The reports says bugs have “a highly nutritious and healthy food source with high fat, protein, vitamin, fiber, and mineral content.”

Nicole isn’t the only celebrity who would trade a juicy steak for some bugs.

Fellow Hollywood star Angelina Jolie revealed that she’s pretty good at whipping up insect-filled meals. Last year, she chatted to BBC News World and off her passion for Cambodian cuisine by hosting a cooking class featuring the protein-rich local bugs. 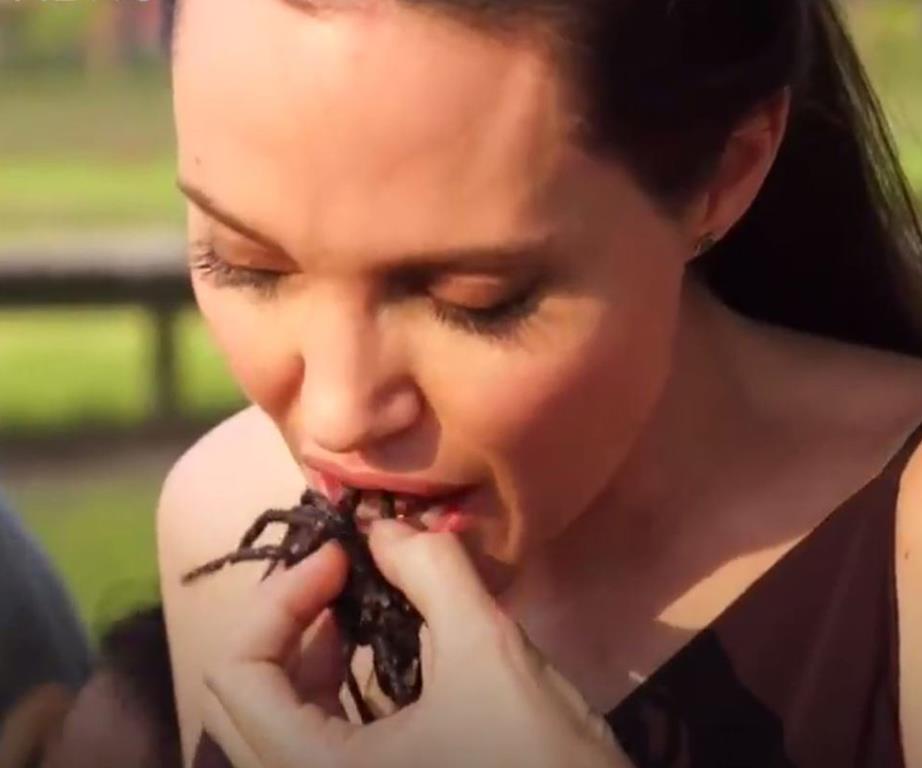 The 42-year-old recalled, “I first had them [the bugs] when I was first in [this] country. You start with crickets. Crickets and a beer, and then you kind of move up to tarantulas.”

Reese Witherspoon and Nicole Kidman Are the Definition of Friendship Goals