Calling all Modern Family fans — you won’t be happy about this! In a new interview, the show’s creators, Steve Levitan and Christopher Lloyd, revealed they can see the hit sitcom ending after Season 10. The show is currently in its ninth season.

“Our plan is to end it at 10,” Levitan told The Hollywood Reporter in a new interview. “If we can leave with most of our audience wanting more, I think that’s the right way to do it.” We’re heartbroken! 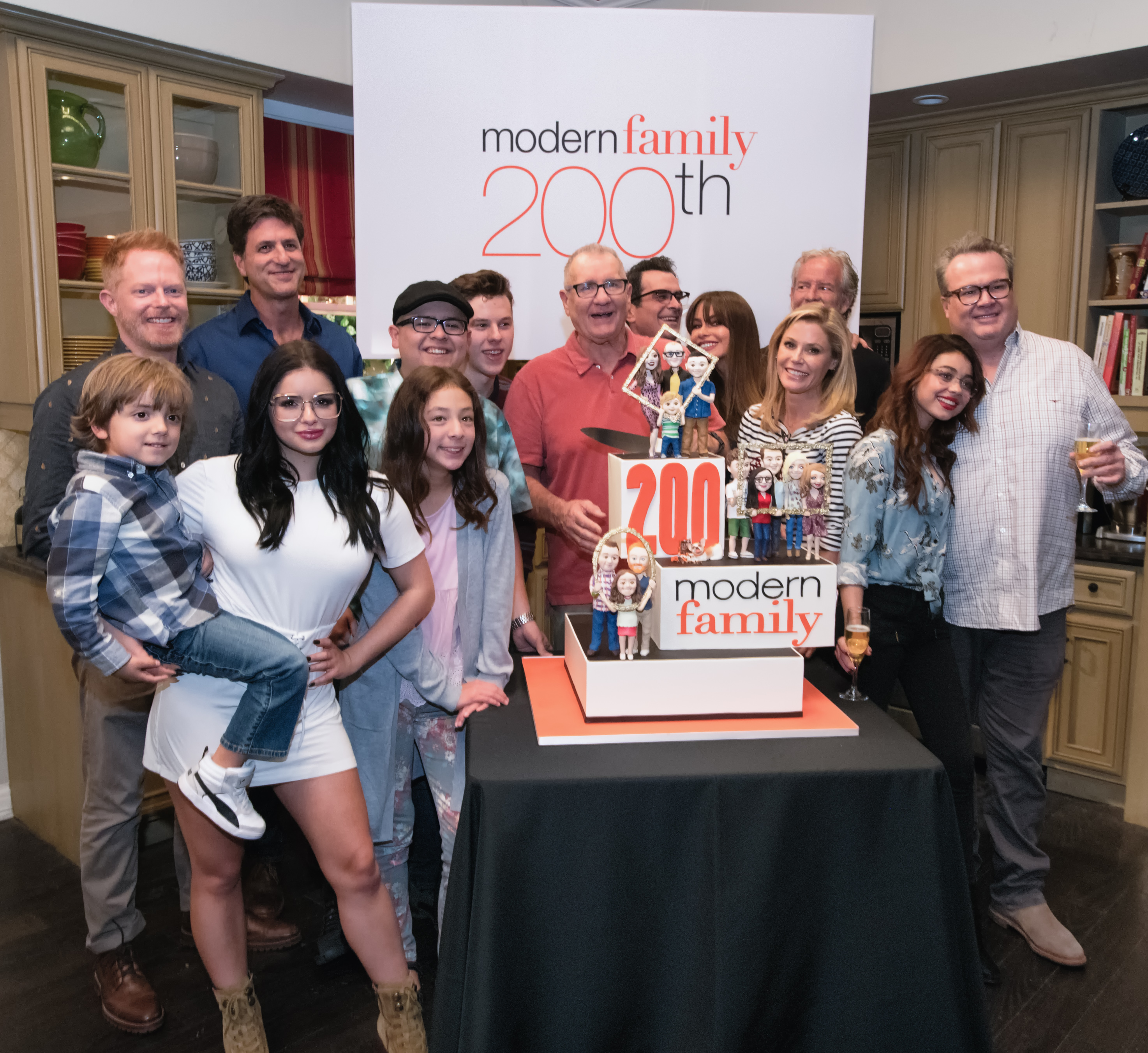 It’s been an exciting ride for Levitan and Lloyd the past nine years, though. This month, the show celebrated its 200th episode. “I often joke to cast members as we introduced our 198th episode that if we were on Netflix, we would be in our 25th season and Manny would be in his early 40s by this point,” Lloyd quipped.

“I think it’s a point of pride for us that we can still do quality work in a 24-episode season. In fact, I think there’s been a little bit of maybe a rush to reject network television in favor of the Netflix and Amazon series and cable series, as though network stuff is nothing but commercial. I think we still do put out a good product and we challenge ourselves to keep the quality of the show up,” he continued.

“It’s thrilling for us. When we made the first one, if we were expressing our wildest dreams, we’d get to 100, not 200, so it’s very exciting,” he added. “When we had our table read for the 200th, I felt there was a genuine sense of pride and excitement and achievement that we have made it this far and everybody still cares and wants to keep the show good.”

As far as how they’re going to end the series, they fortunately still have time to figure it out! “We went through these questions on Frasier when we brought that around after 11 seasons and sort of said, ‘Well, the Shakespearean route on that is a birth, a death, or a wedding,’ and we managed to effectively do all three in the final episode,” Lloyd added. “So it may be some conversation that starts there, but we haven’t figured out the episode we’re doing three weeks from now. It’s just a little over a year and a half from now. We’ve got time to think about that.”