Prince Harry and Meghan Markle‘s royal wedding has come and gone, but we’ve re-watched the nuptials more times than we care to share. And after going over their magical ceremony with a fine-tooth comb, we’ve noticed many hilarious, heartwarming, and downright fascinating blink-and-you’ll-miss-it details. Keep reading to find out all the best moments you didn’t notice the first time around.

1. Meghan Markle did curtsy to the queen.

It’s the million dollar question on everyone’s lips — Did Meghan Markle curtsy to the queen on her wedding day? As protocol dictates, all royal brides must curtsy to the monarch and royal grooms have to nod their head as a sign of respect. Meghan’s starring moment came after the congregation sang the Britian’s national anthem, God Save The Queen. However, right as she curtsied, the cameras sadly cut away from the close-up shot and panned to an aerial view. Therefore, viewers at home missed the moment.

2. They also paid a mark of respect to the monarch during the carriage ride.

It was over in a flash, but if you closely re-watch the carriage ride procession, you’ll see that as the horse-drawn carriage rides past Queen Elizabeth, Prince Philip, and other senior royal family members, Meghan bows her head and Prince Harry gives a salute in the direction of his grandmother.

3. There were two kisses. 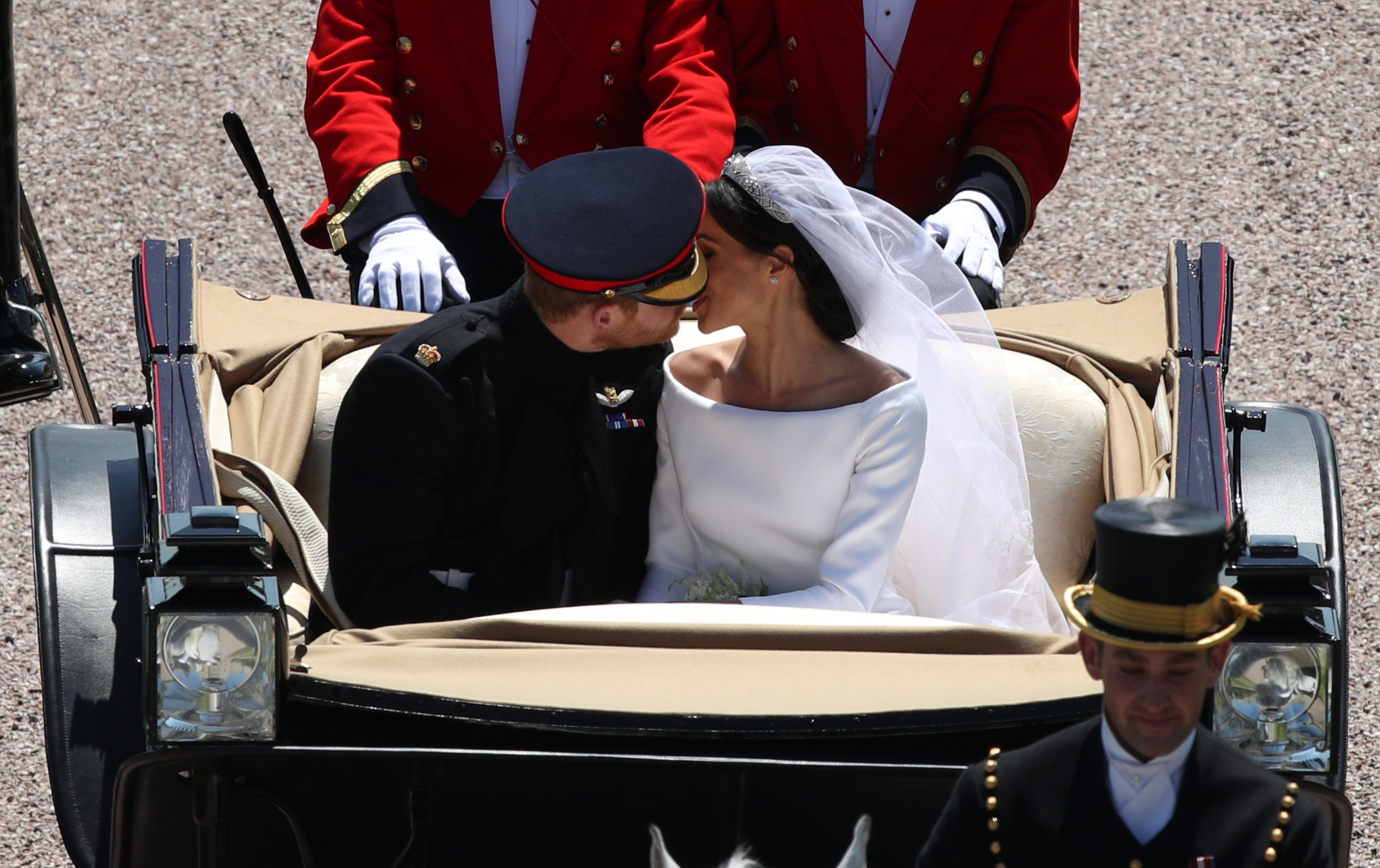 If you thought their first kiss was a real-life fairy tale, feast your eyes on their second smooch. During their carriage ride around Windsor, the new Duke and Duchess of Sussex puckered up again.

4. Nanny Maria Borello was there. 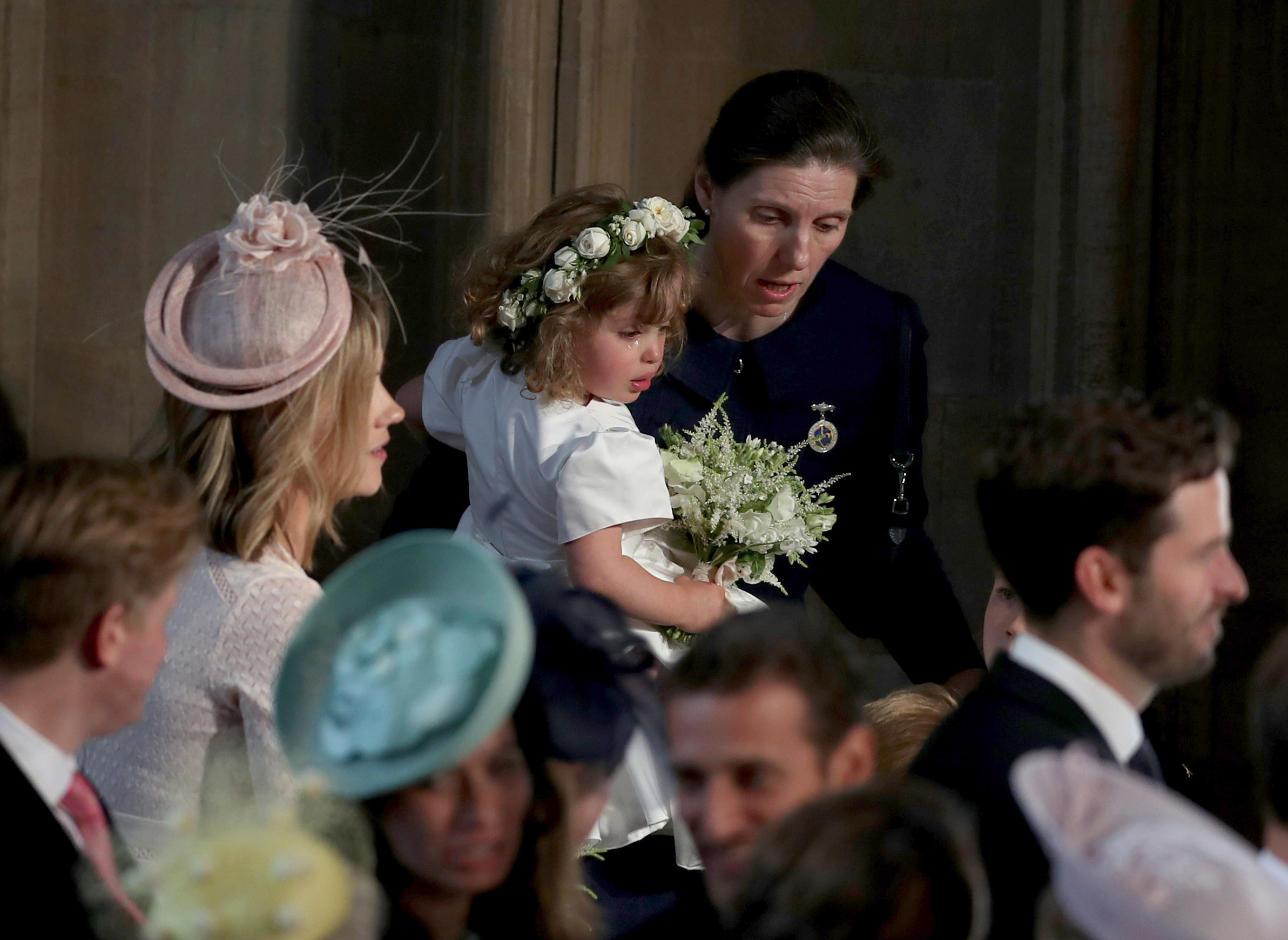 When they arrived to the church, the bridal party members were accompanied by their mothers up the stairs of St. George’s Chapel, but who looked after the kids during the ceremony? Well, it turns out the royals called on the expertise of the Cambridge’s super nanny, Maria Borrallo. It’s believed the “child whisperer” bribed the tot-filled bridal party with candies if they were well-behaved during the wedding. 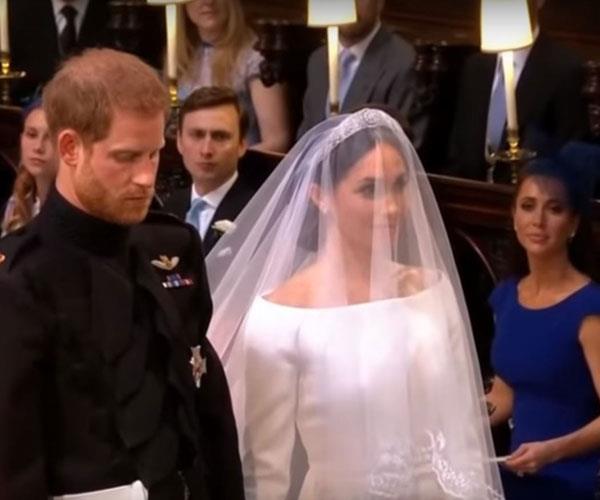 Meghan Markle decided against having a maid of honor by her side at the royal wedding simply because she had too many close girlfriends and couldn’t choose one. “She has a very close-knit circle of friends, and she didn’t want to choose one over another,” a palace spokesman said at the time. “All have been actively involved in helping her prepare for the day and will be there in the days beforehand. She’s very happy to have their support.”

But that didn’t stop Meghan’s best friend, Jessica Mulroney, from having the bride’s back all day. When Meghan walked into a private side room of the church to sign her marriage certificate, Jessica leaped to her feet to help the former Suits star with her long veil and train. 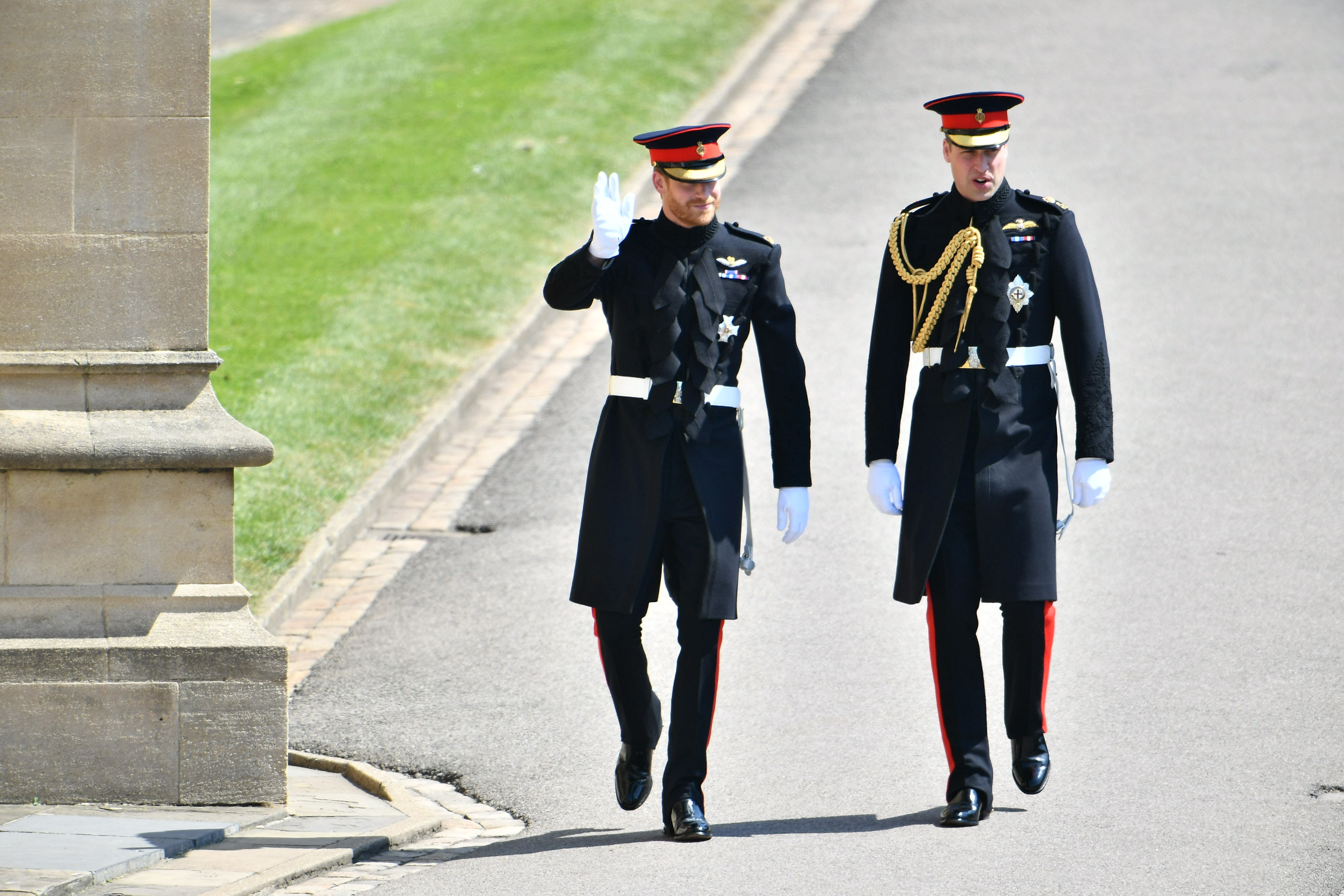 The royal family’s vintage car collection is a thing of beauty, but it seems they were keen not to make their wedding day too flashy. Did you notice Prince William and Prince Harry‘s understated arrival in a minivan? Sure, it was still a Mercedes, but when the princes jumped out of the van unassisted and commenced the “long walk” down to the church, it was a rather refreshing sight to behold.

7. The Knowing Look When the Minister Mentioned Kids

It’s no secret these two want to start a family as soon as possible. And when the Dean of Windsor spoke about marriage being “the foundation of family life in which children are born and nurtured,” Prince Harry couldn’t contain his excitement as he shot Meghan Markle a smile as if to say “We’re on it!” 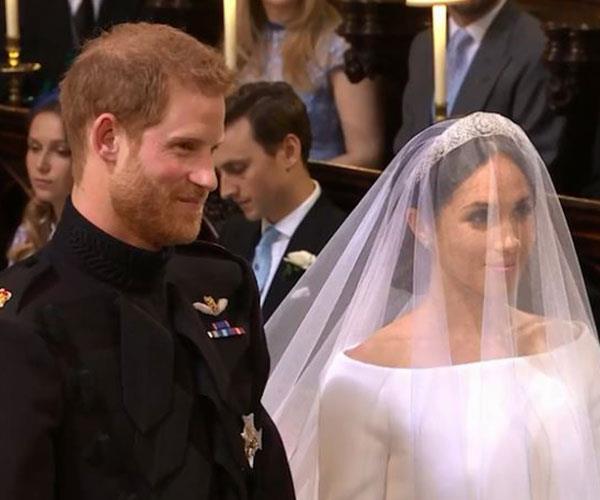 8. This footage is simply not getting enough airtime.

When Prince Harry and Meghan Markle emerged from Windsor Castle in their party outfits before they drove off into the distance in an electric E-type Jaguar, it was literally like something from a James Bond movie. 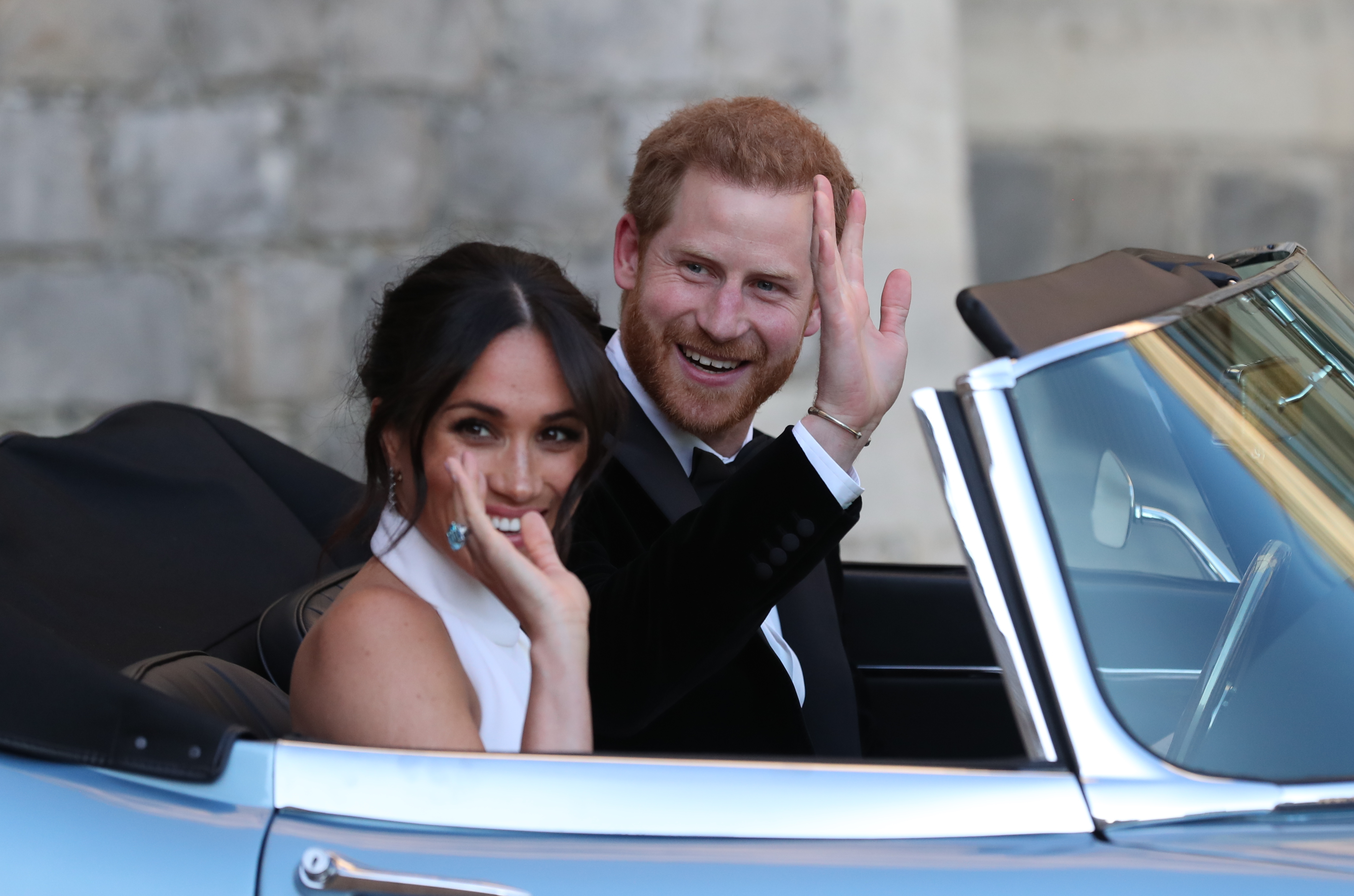 A Body Language Expert Weighs In on the Royal Wedding

Everything You Want to Know About Meghan Markle’s Wedding Makeup