It’s been two years since Michael Strahan abruptly left Kelly Ripa and their show Live, but even after all this time, the former NFL star has no regrets about his exit.

“There’s nothing I would have done differently,” he shared with Graham Besinger during a March 2018 interview. “I handled it as professional as you can handle it, and I have been a professional from day one there to the last day I left. I had the opportunity to do something that most people don’t — I get a chance to evolve; to do different, creative things.” 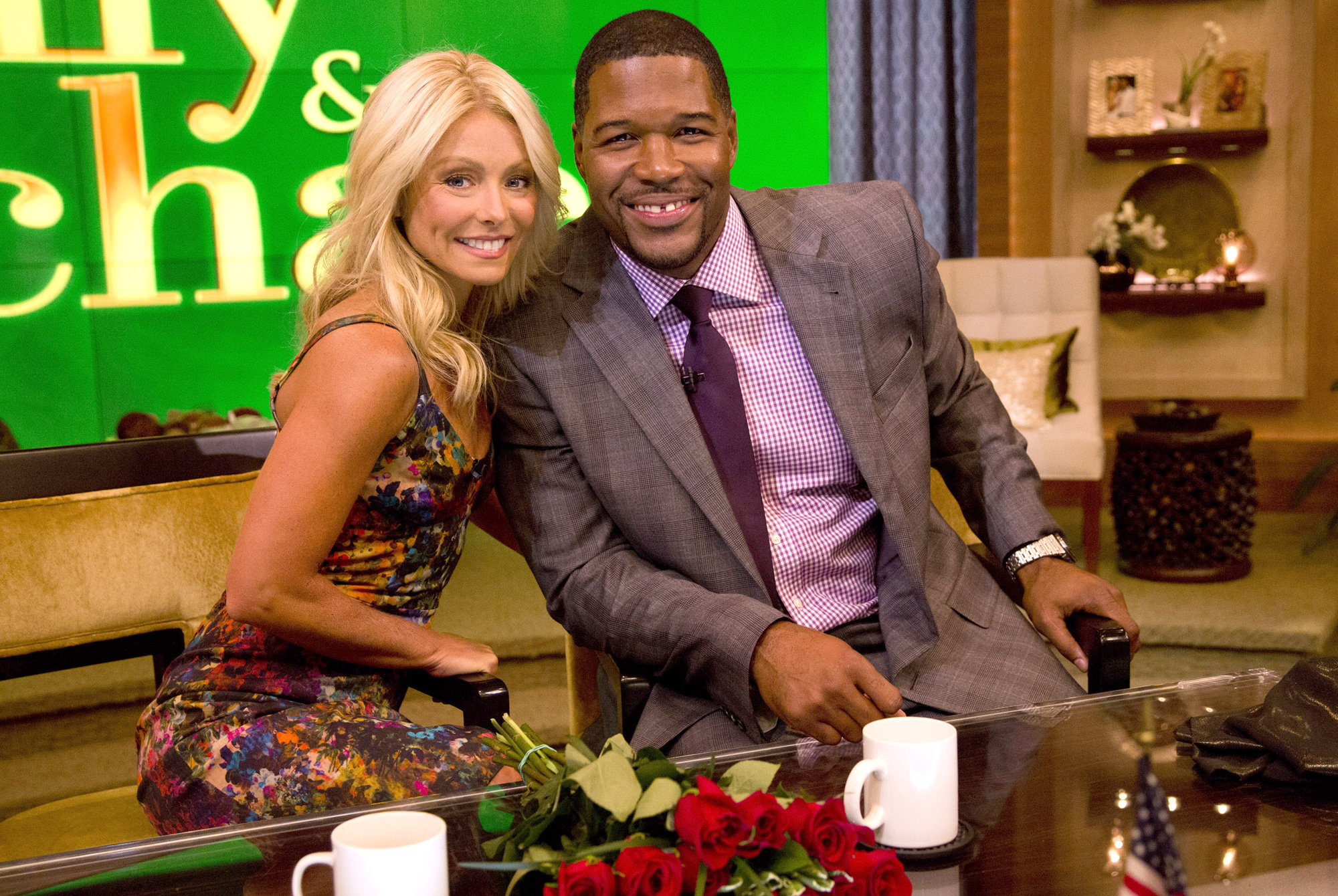 In April 2016, Michael announced he’d be leaving the show to join Good Morning America. Apparently, Kelly found out about his departure just moments before his announcement, so she expressed her dismay by not appearing on the show for a few days.

“My time with Live! With Kelly and Michael has been transformative, and my departure will be bittersweet. [Kelly Ripa] has been an unbelievable partner, and I am so thankful to her and the entire team. I am extremely grateful for the amazing support I’ve received from all of the fans,” Michael said at the time. It was soon decided that Michael would leave earlier than expected, and his last day was on May 13, 2016.

“A lot of people think, ‘Oh why would he leave?’… I don’t wanna do that forever! No! People get so complacent. It makes me sick that someone [says], ‘You got a good job, you just got to keep it,'” Michael shared with Graham.

After a year of appearing on the morning talk show with different guest hosts, Kelly signed on Ryan Seacrest as her full-time co-host to replace Michael in May 2017. However, Life & Style reported that Kelly wants to replace Ryan with Jerry O’Connell now.

“This is the last thing in the world Kelly thought would happen,” an insider explained to the news outlet. “That’s why she’s now talking to Jerry again and weighing a plan to replace Ryan with him. It was a tight race and Jerry was so close to getting the gig before Ryan was hired. In hindsight, Jerry would have been a great choice. Kelly and execs at ABC are kicking themselves.”

Kelly even thinks she could convince Ryan to step down. “She thinks she can convince him,” the source said, “that his heart and soul aren’t in it and that it would be best for him — and the show — if he were to step aside.” This show can’t catch a break, that’s for sure!

Watch the video below to see some of Kelly Ripa’s most memorable guest hosts.