In a candid new interview, actress Melissa McCarthy opened up about how she deals with her online haters and, surprisingly, said she wishes them all the best. “Weirdly, instead of getting mad at them, I always feel like, ‘Oh, I hope you meet someone soon that you can talk to, someone that really makes you laugh,'” she revealed. “I just root for that person to find a little joy.”

The comedian recently encountered some bitter hate online when she starred in the 2016 Ghostbusters reboot with Kristen Wiig, Kate McKinnon, and Leslie Jones. Since the reboot featured a cast with all-female leads — the complete opposite of the original 1984 movie — the film was met with some backlash. But instead of letting her haters bring her down, McCarthy told People that “at one point I just said, ‘I’m not going to wallow in this anymore.’ It’s not my reality — the men I know wouldn’t act like this. So I look to the men I know, who have made my life better, and I just keep remembering that they’re the norm.”

And when it comes to making a difference, the 47-year-old admitted, “I’m never going to change things by sitting in my living room, bawling. That’s not going to fix or help anything.” The mom of two — she shares daughters Vivian, 11, and Georgette, 8, with her husband, Ben Falcone — also said she wants to always set a great example for her children. 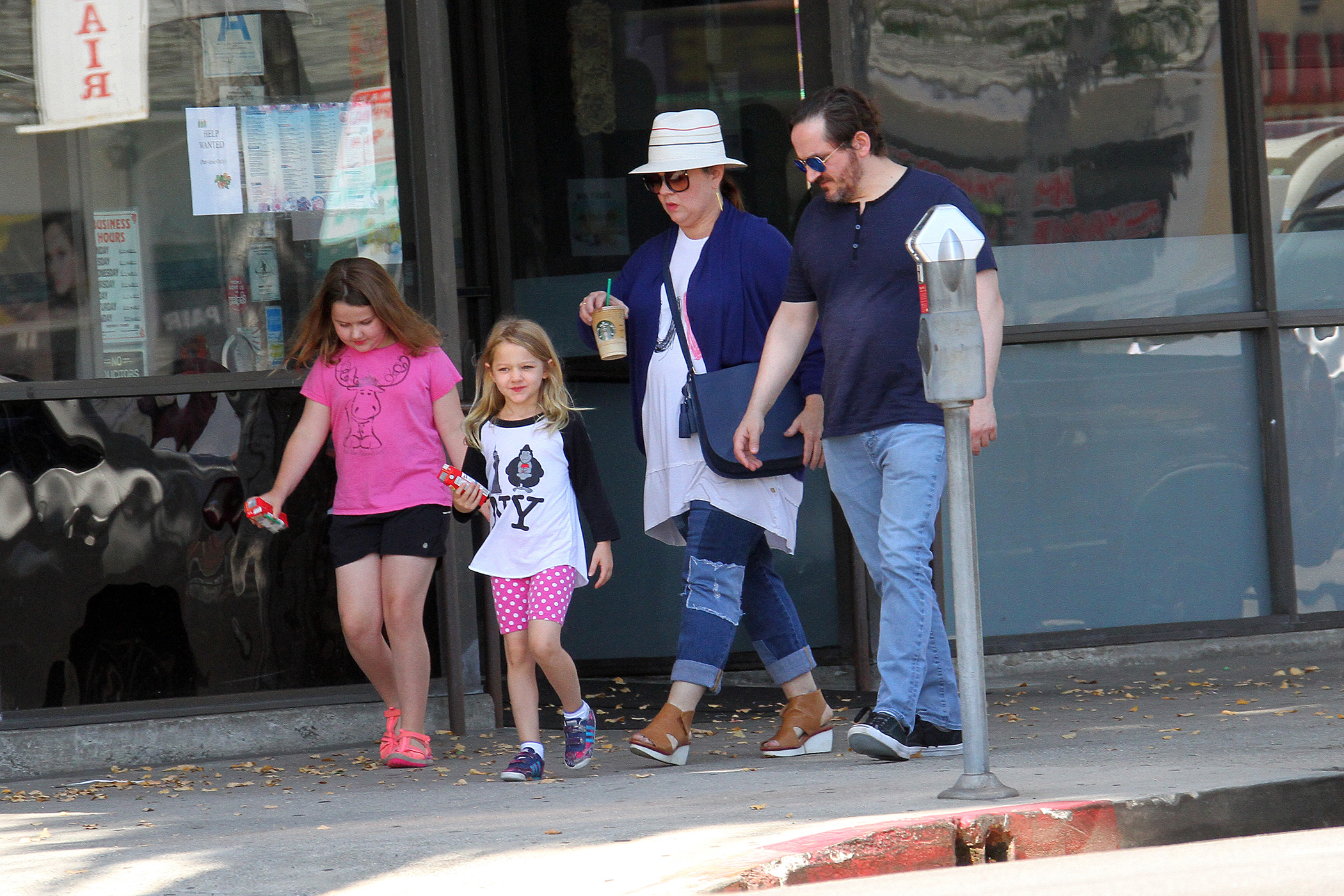 McCarthy and Falcone with their daughters. (Photo Credit: Splash)

“It’s the same thing I tell my girls, ‘If somebody is being mean, they’re probably really not happy,” McCarthy said. “If you’re having a great day, you don’t walk past someone and yell, ‘Freak!’ If you’re happy, you say, ‘I love your skirt!'”

Melissa McCarthy and Ben Falcone Seem Like the Coolest Parents Ever!