Aww! Meghan Markle’s mom, Doria Ragland, was all smiles at her daughter’s royal wedding to Prince Harry on May 19. She couldn’t help but tear up during the ceremony, where she donned a light green number with a matching hat. She looked so beautiful and regal, if you ask us. 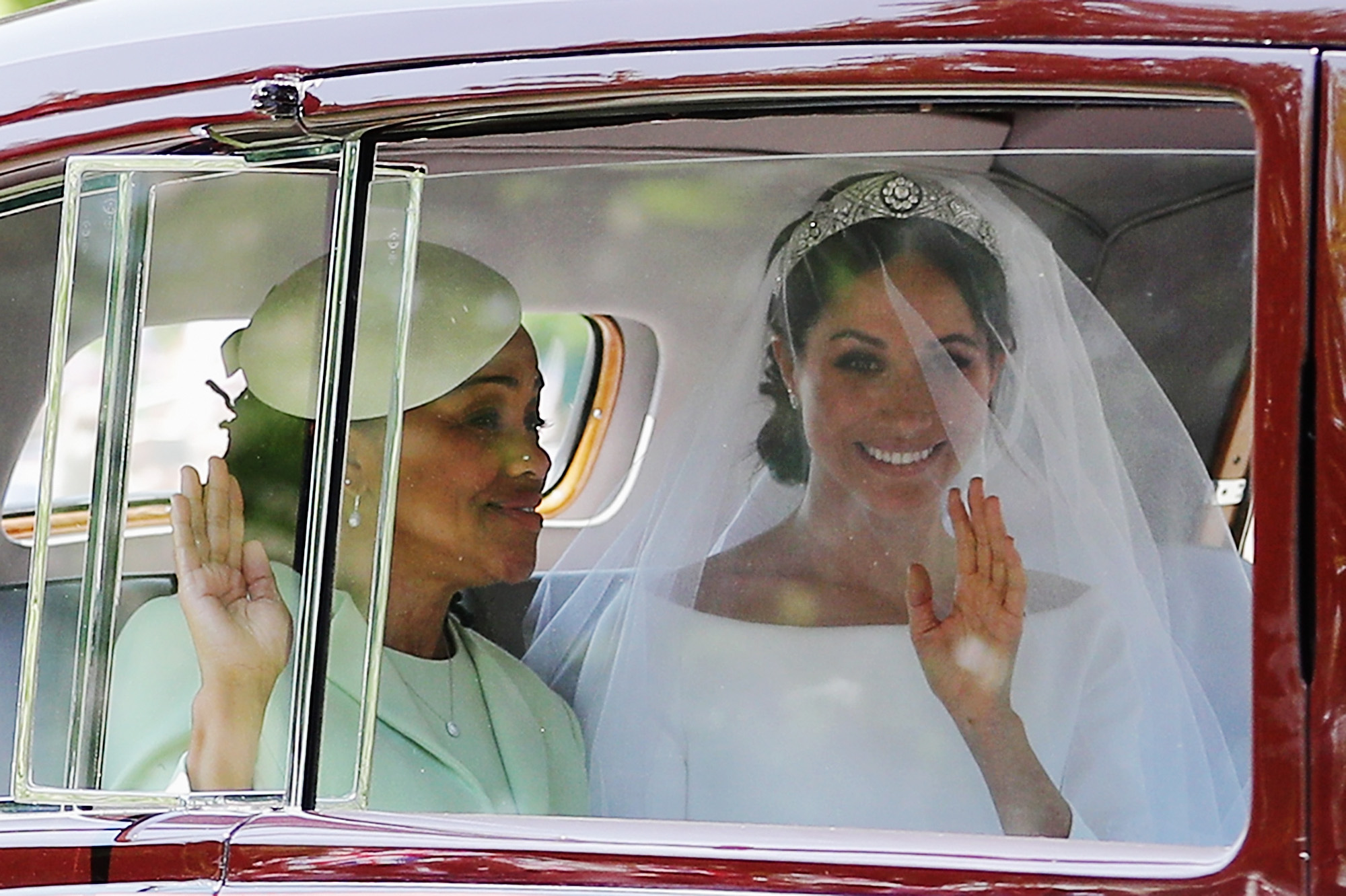 Doria has been a big part of the royal wedding over the past few days. For starters, she was the one who stayed with Meghan at the Cliveden House Hotel last night. On top of that, she sat next to her daughter in the Rolls-Royce as they waved to eager royal fans on their way to the noon ceremony at St. George’s Chapel. Having her mom there likely meant a lot to Meghan since her father couldn’t attend the event due to his health last minute. 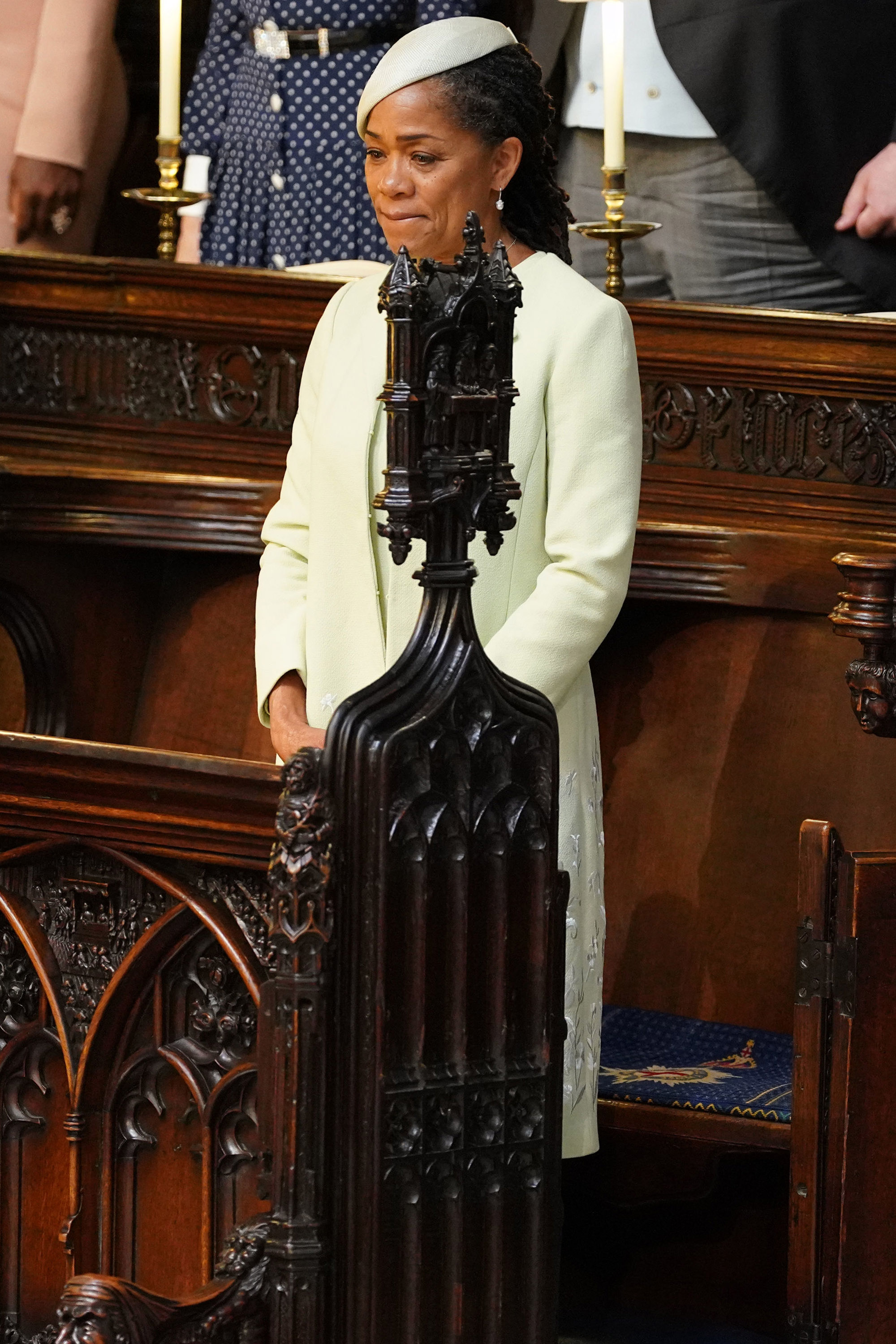 The 61-year-old reportedly met Queen Elizabeth during an afternoon tea at Windsor Castle on May 18, multiple outlets revealed. According to E! News, Doria also met Meghan’s soon-to-be father-in-law, Prince Charles, and his wife, Duchess Camilla, during an afternoon tea on May 16. The sit-down — which allegedly took place at Clarence House in London and lasted one hour — was reportedly a “pleasant affair” and a “happy day” where “everyone got on very well.” We’re sure Doria’s meeting with Prince Charles was extra special since before that it was announced that Prince Harry’s father would be walking Meghan down the aisle at her royal wedding. 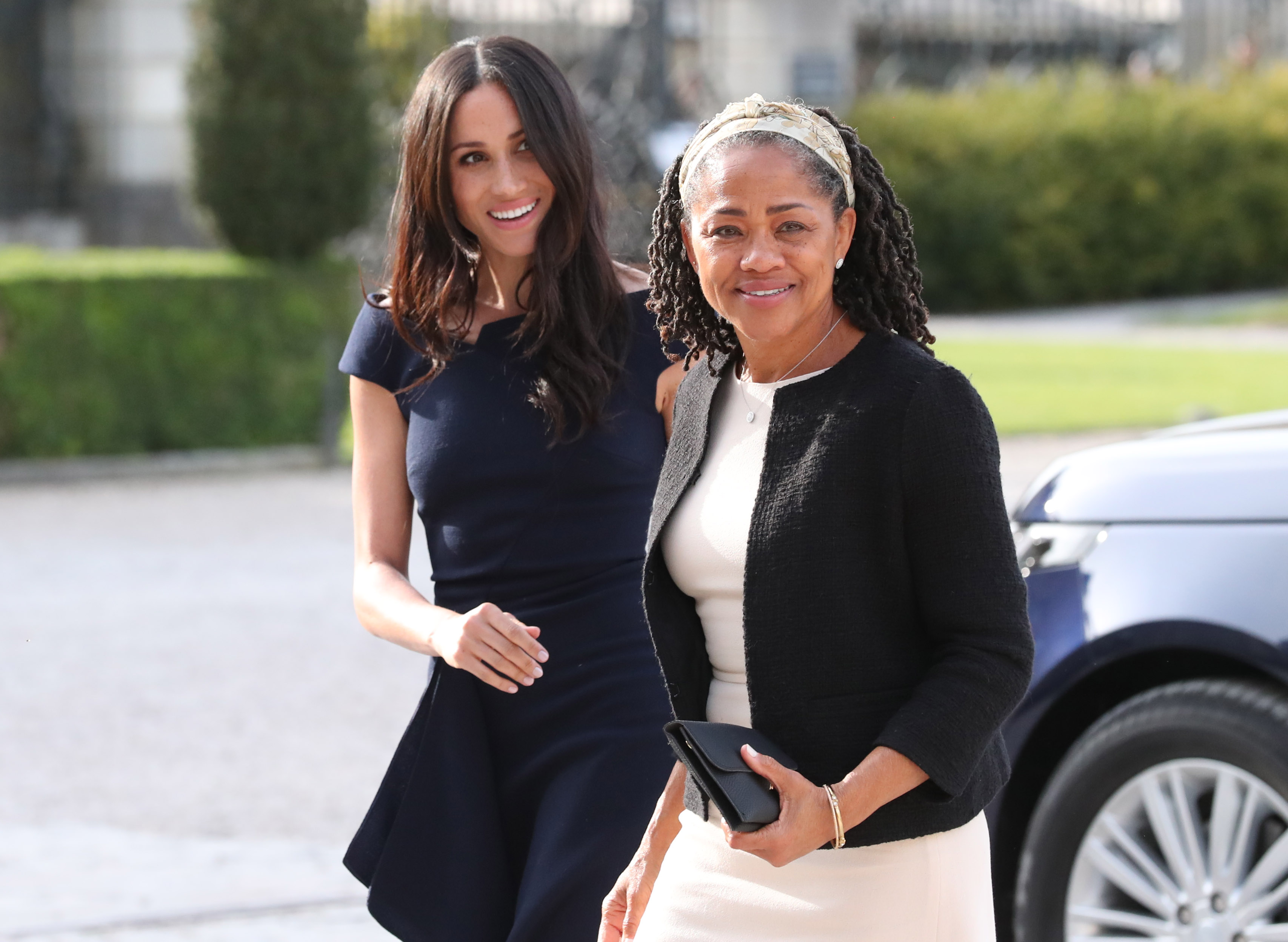 Earlier this week, Doria was photographed leaving her LA home and heading to the airport to catch a flight to London. In the pics, Doria was seen exiting her California abode carrying a black purse and a Burberry garment bag. According to Us Weekly, Doria was supposed to jet off to England last week but her trip was delayed because of work commitments.

News previously broke that Doria had decided to quit her job ahead of her daughter’s nuptials. “Doria is no longer working at the mental health clinic in the LA area. It was Doria’s decision to leave. She has talked about starting her own private practice, focusing on working with elderly patients,” a source close to Meghan’s mom revealed. 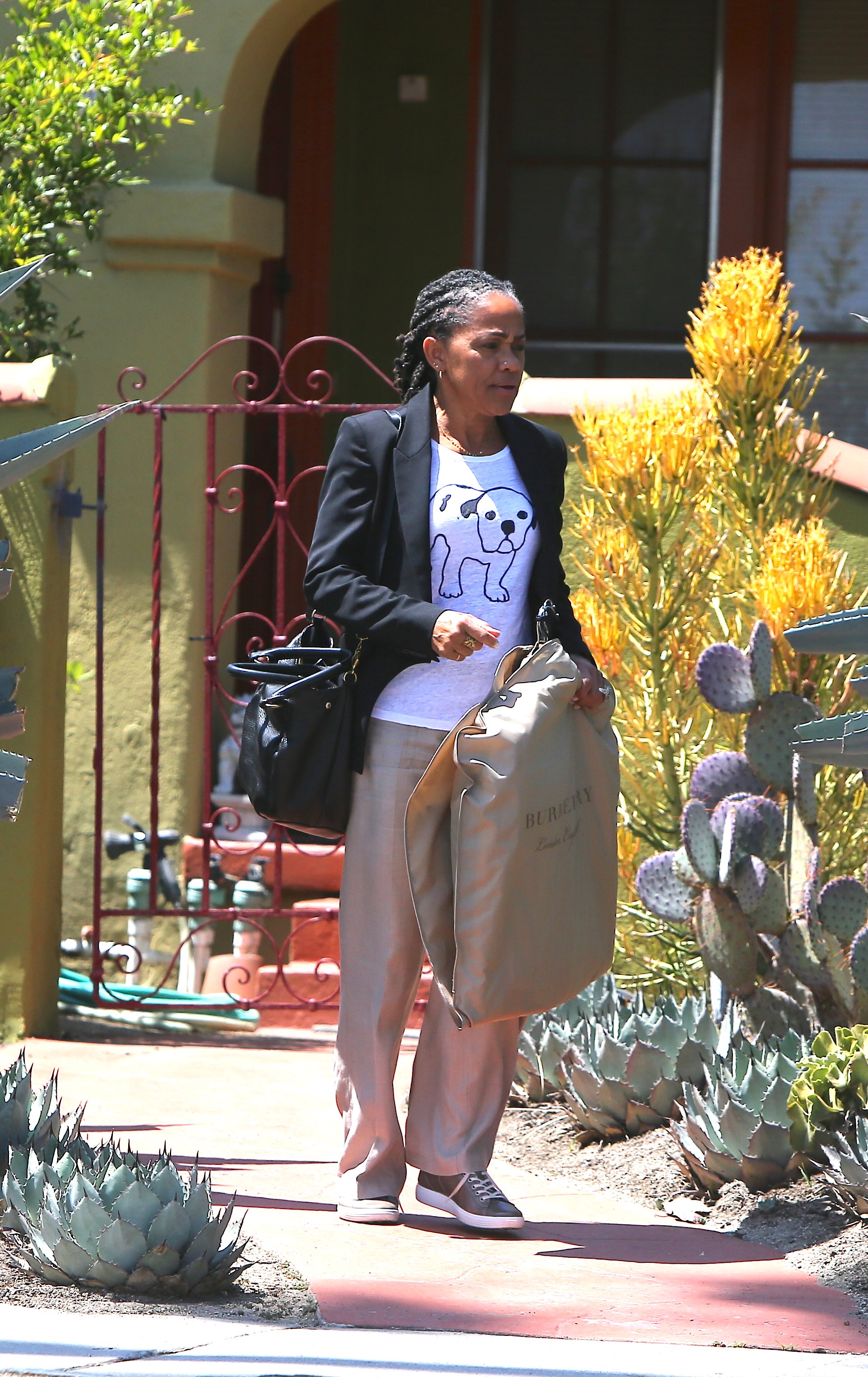 Meghan and her mom have always been close, but the duchess-to-be has, understandably, been extra busy over the past six months with her royal training and wedding planning. Since Meghan will also be living across the pond after she ties the knot with Harry, the former Suits star was reportedly prioritizing quality time with her mother before the wedding.

“Meghan is keen to include her mom as much as possible in the wedding plans… Meghan wants her mom to experience all of this with her. It’s such an exciting time for her and Harry,” a source close to Meghan recently confessed. We’re so happy for Meghan and her mom on this special day!

This story originally appeared on our sister site, Closer Weekly.

Prince Harry Has More Ex-Girlfriends Than You Think — See the List!