Talking about Kate Middleton’s gray hair is officially so passé. These days, the world is focused on Meghan Markle‘s gray hair. And, to be frank, it probably shouldn’t be. Fashion magazine Marie Claire unfortunately learned that lesson the hard way last week after posting an article online titled “Meghan Markle Has a Single Gray Hair.” To put it mildly, royal fans weren’t pleased.

The article’s subheading, “And it’s magnificent,” gives readers the sense that the story isn’t meant to shame the bride-to-be, and the text is certainly positive, too. “Who knows if Meghan Markle is choosing to just own it, not waste the time and money on such frequent upkeep, or, just doesn’t notice because it’s one hair,” mused the author. “But, either way, it’s nice to see she’s a regular person with a few stray grays, just like everyone else!” 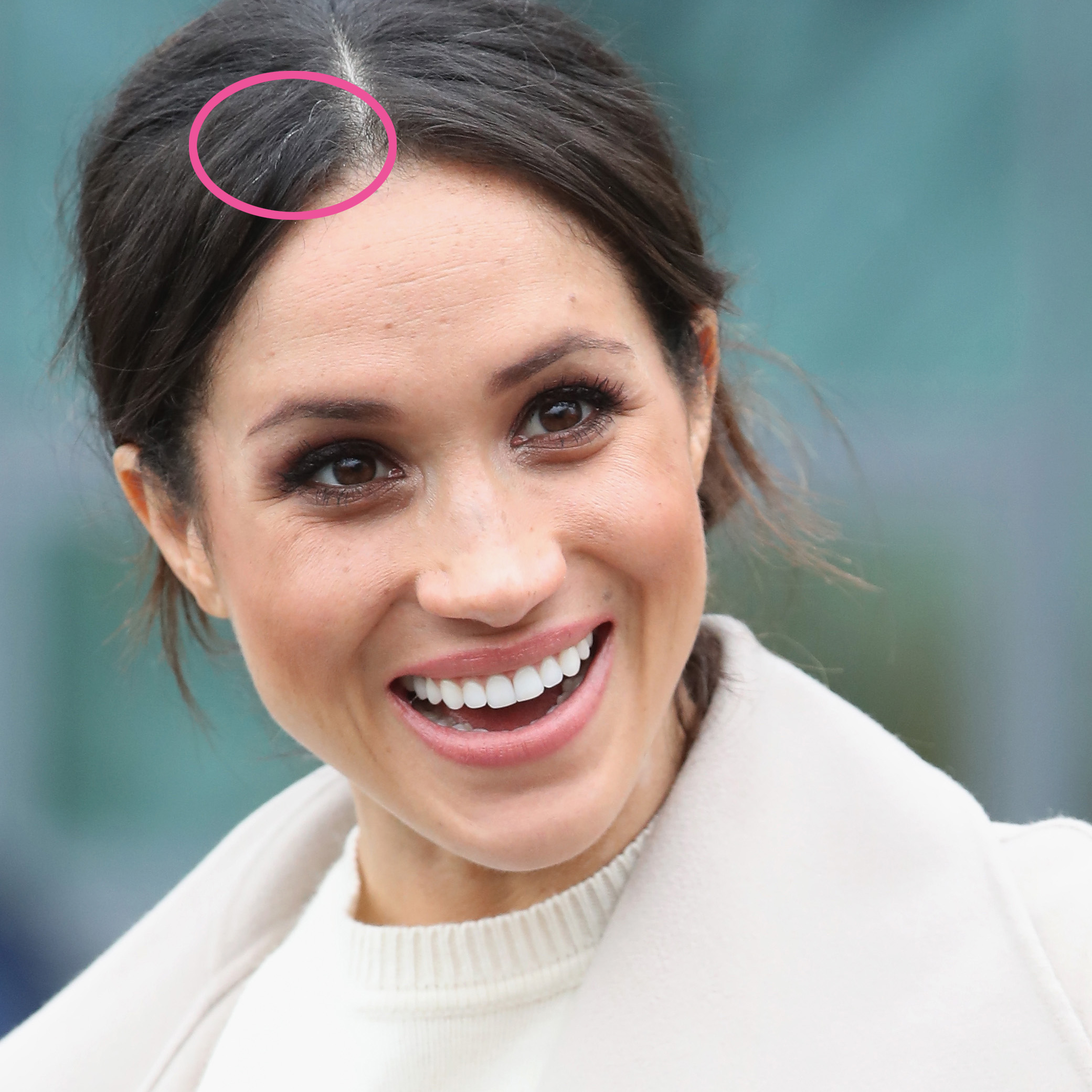 But even if the piece wasn’t meant to bring attention to Markle’s single gray hair, Twitter users still thought the fixation was inappropriate. “Meghan Markle missed one appointment with her colorist and Marie Claire decided to put their journalism degrees to use,” one person tweeted. Journalist Liana Aghajanian similarly added, “Marie Claire over here writing about a single gray hair on the glorious head of Meghan Markle. Adjust your perspective, this is ridiculous.”

This current media controversy is reminiscent of the debate that sprung up over Meghan’s future sister-in-law Kate’s gray hairs in 2015 after hairstylist Nicky Clarke criticized the duchess. “Kate needs to get rid of her gray hair — it’s not a good look,” he told the Daily Mail. “I highly recommend that she cover it up. I hate gray hair.”

Soon afterward, a Glamour writer set Clarke straight, writing, “There’s nothing wrong with gray hair. If you choose to color it, go for it. If not, you’re not lazy, unpretty, or a bad representation for women. Period.” The moral of the story — let’s all leave these royals’ gray hairs alone and focus on their achievements instead!