A regal new title, use of Queen Elizabeth‘s personal jewelry archive, and a country residence are just the tip of the proverbial iceberg when it comes to the royal gifts that Meghan Markle will most likely accept upon her marriage to Prince Harry. She’ll also receive one special honor that she can share with her family — an official coat of arms for the Markles.

According to a new report from People, a traditional family coat of arms will be bestowed upon Meghan’s family (specifically her father Thomas Markle, who will be attending the Windsor ceremony on May 19), and will be customized with colors and symbols that reflect the family and their history. 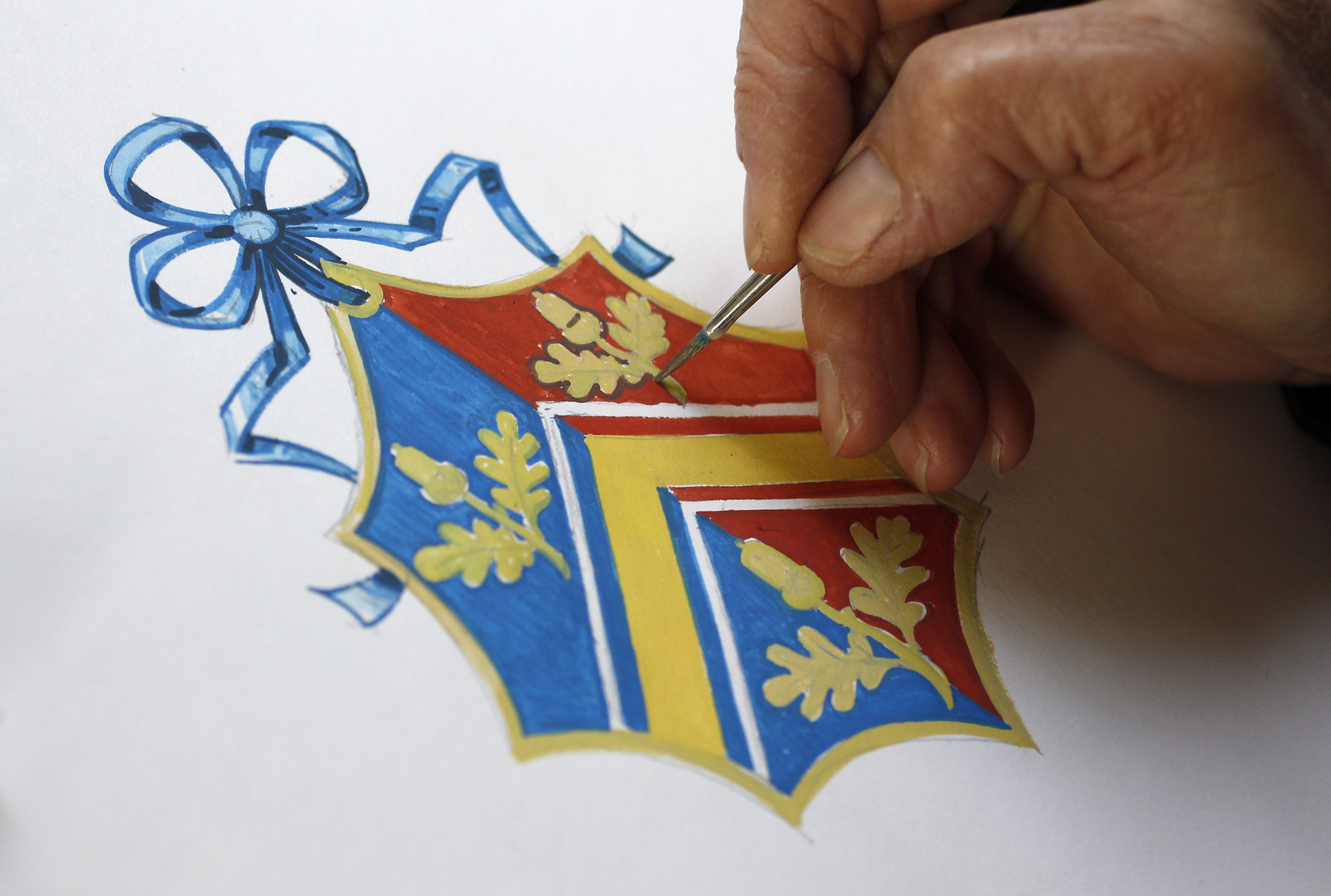 Kensington Palace and the College of Arms have yet to comment on the rumored design, but in receiving heraldry of her own, Meghan would be following in the footsteps of previous royal brides. Kate Middleton’s father Michael Middleton received a coat of arms shortly before his eldest daughter’s wedding, as did the father of Sophie, the Countess of Wessex, before her marriage to Prince Edward, the Queen’s youngest son.

The Middleton crest featured three acorns, one for Kate and her siblings Pippa Middleton and James Middleton, and also a reference to their Berkshire, England home. A gold chevron across the middle nods to Carole Middleton’s maiden name, Goldsmith, while the use of a red and blue is assumed to echo the UK flag. Then, two years after their wedding, Prince William and Kate Middleton received a “conjugal coat of arms,” to represent their respective houses coming together. The two shields for William and Kate are held up by a lion and a unicorn, the royal “supporters,” who wear red escallop shells on their collars, a symbolic nod to Princess Diana’s Spencer family crest. It’s very likely that a similar memorial of his mother will appear on Harry’s new arms, too.

Want to know more about Meghan and her family? Check out the video below:

This post was written by Katie Rosseinsky. It originally appeared on our sister site, Grazia Daily.