Now that Meghan Markle is engaged to Prince Harry and will soon become an official part of the British royal family, she’s been lucky enough to work with a stylist to perfectly piece together all of her outfits. But not even Meghan (or her stylist!) could avoid the common fashion faux pas the Suits star was photographed exhibiting during a recent royal engagement.

When Meghan stepped out in Birmingham, England earlier this month wearing a white and navy J. Crew coat worth $298, all eyes were on the royal-to-be’s super chic ensemble. But, one Daily Mail writer noticed Meghan forgot to snip the criss-cross stitching visible on the back of her wool jacket. The “X” stitching (also known as “a tailor’s tack”) is included on the coat’s back vent to keep the fabric together while the garment is on display — it is supposed to be cut and removed prior to wearing. 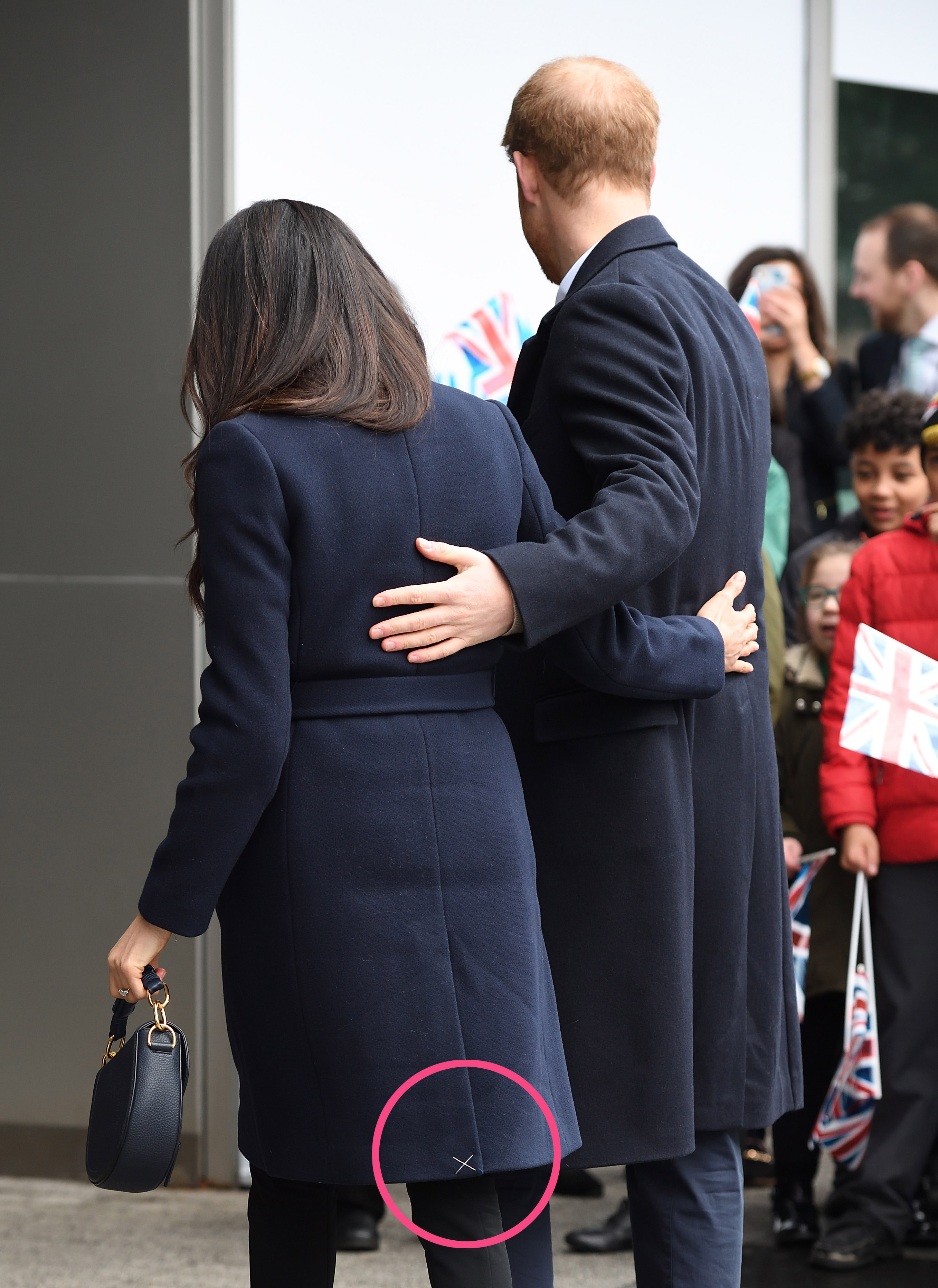 “If you don’t [remove the stitches], the tailored silhouette doesn’t sit right. The hem will instead heave and stretch to fit around the body, rather than just skimming in the most flattering way,” Who What Wear fashion guru Hannah Almassi has said. But, because Meghan is just so perfect, we’ll let her slide for this minor fashion misstep (especially since we didn’t know to cut it ourselves)!

Aside from learning how to dress like a member of the monarchy, Meghan has already mastered royal protocol — and in record time. According to People, Meghan’s jam-packed schedule has prompted her to learn how to walk, talk, and act like a royal very quickly. “She’s on a very busy schedule behind the scenes. She has her wedding preparation and is meeting a number of people all the time — from Harry’s charities, staff at the household, and the Royal Foundation,” a palace source revealed.