It seems Prince Harry’s days as a third wheel are finally over! His new fiancée, Meghan Markle, joined Harry and her soon-to-be royal family members, Kate Middleton and Prince William, on the foursome’s first royal engagement in London on Wednesday, February 28. During the outing, Harry, 33, Meghan, 36, William, 35, and Kate, 36, spoke at the Royal Foundation’s inaugural forum about philanthropic causes close to their hearts.

While sitting side-by-side on-stage, Harry joked about the occasional difficulties of working closely with his family members. “We have different opinions and they work really well [together]. Working as family does have its challenges; of course, it does,” he began. “[I think] the fact that everybody is laughing shows they know exactly what’s it like. But we are stuck together for the rest of our lives.” Meghan then chimed in to adorably say, “Togetherness at its finest!” 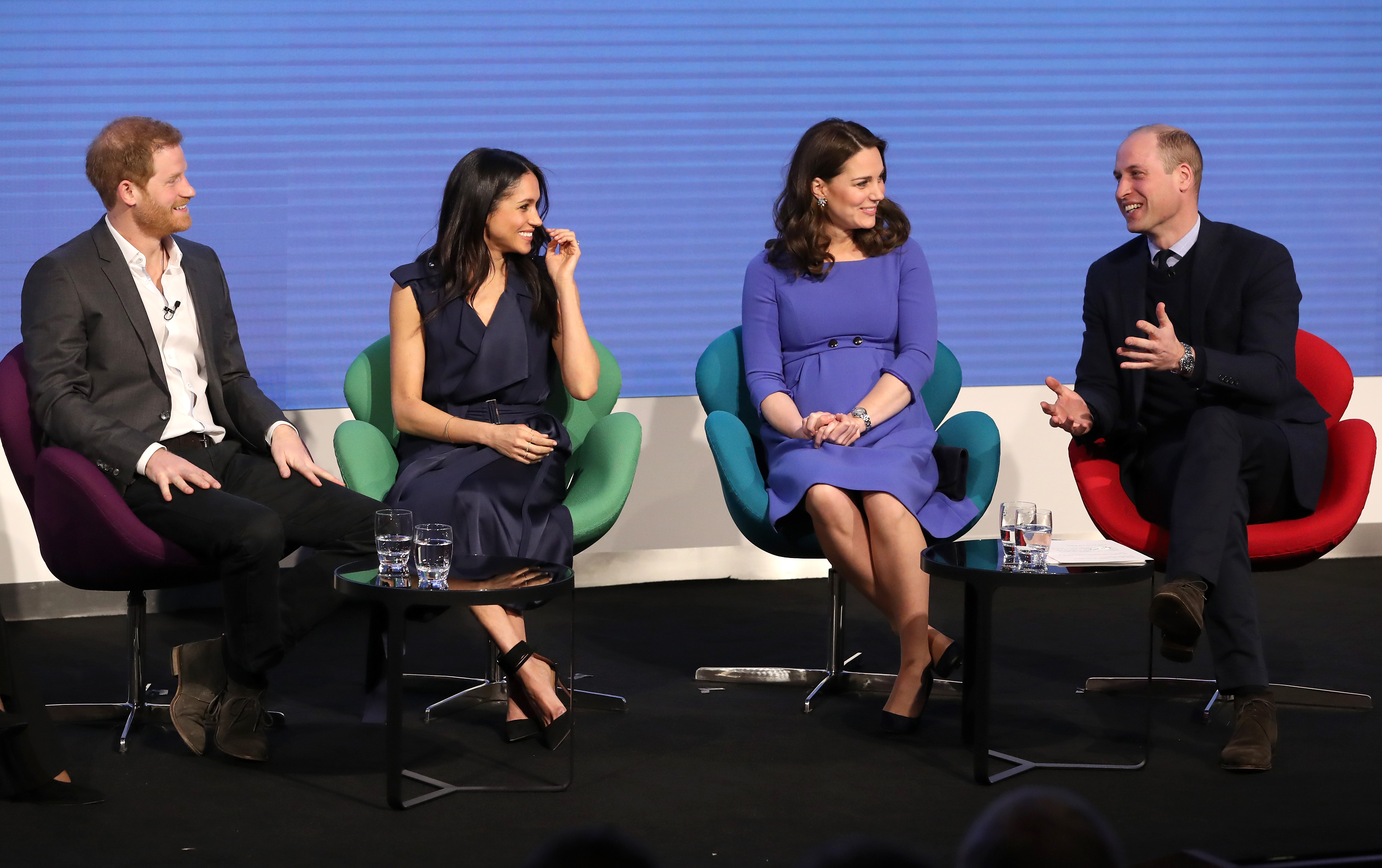 The details of Harry, Meghan, Kate, and William’s first official royal engagement were previously revealed by the Kensington Royal Twitter account this past week. “The Duke and Duchess of Cambridge, Prince Harry, and Ms. Meghan Markle will take part in the first annual Royal Foundation Forum on Wednesday, Feb. 28. Under the theme ‘Making a Difference Together,’ the event will showcase the programs run or initiated by The Royal Foundation, including @Heads_Together, @WeAreInvictus, and @United4Wildlife. TRH and Ms. Markle will appear on-stage together to discuss why The Royal Foundation was set up, the projects they are currently working on, and their ambitions for the future,” the online statement read.

Yesterday morning’s outing was just the second time the public got to see Meghan, Harry, Kate, and William together since Harry and Meghan announced their royal engagement to the world in November 2017. The foursome was previously photographed on Christmas Day at Sandringham. (Who could forget Meghan’s curtsey for Queen Elizabeth that day?). 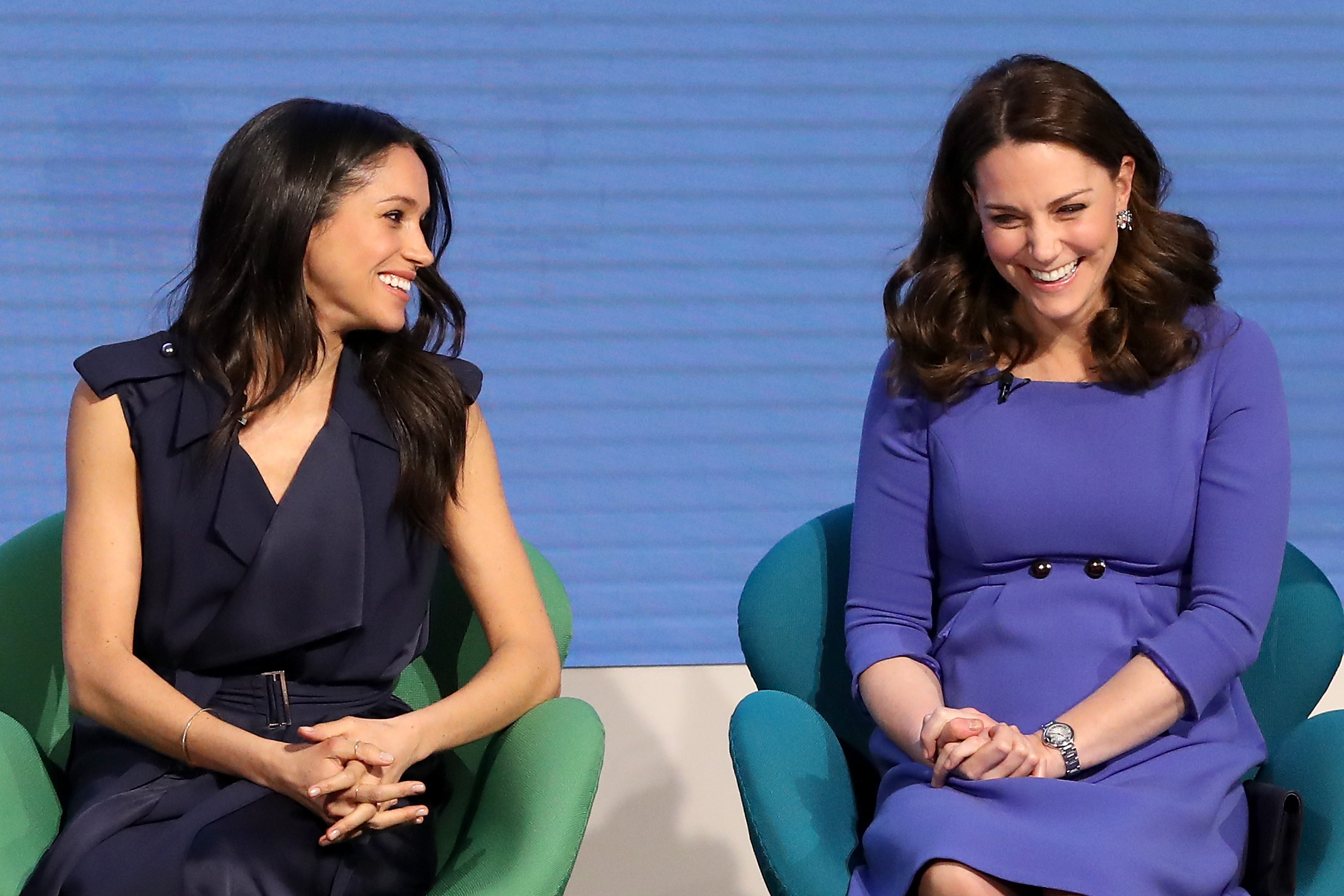 Though the four royals don’t step out in public together very often, we can assume they’ve become very close behind the Kensington Palace doors since Meghan has joined the family. When Harry and Meghan got engaged, Kate and William publicly sent their well-wishes to the couple. “We are very excited for Harry and Meghan. It has been wonderful getting to know Meghan and to see how happy she and Harry are together,” they said in a statement at the time. Kate also shared, “[William] and I are absolutely thrilled. It’s such exciting news. It’s a really happy time for any couple and we wish them all the best and hope they enjoy this happy moment.”

When Harry and Meghan tie the knot at Windsor Castle on Saturday, May 19, both Kate and William are expected to have very important roles in the royal wedding — the best man and matron of honor. Additionally, it’s been reported that Kate has even asked Meghan for “healthy eating” advice during her third pregnancy. As the two women continue to work (and live) together, Kate is happy to “do all she can to help” Meghan as she joins the monarchy. “I can imagine Kate will find a great friend in her,” a royal source previously gushed.

Royal Fans Think Kate Dresses Too Old for Her Age: “So Darned Middle-Aged and Dull”