How many of us grow up hoping one day we will get to marry a prince? Most of us leave that wish behind as soon as we grow out of our glittery Belle gowns and twinkling Cinderella shoes. But for Meghan Markle — whose name so conveniently rhymes with sparkle — that wish really has come true.

However, this is not a fairy tale. Once the wedding is over, real life begins. And an important part of that real life is the fact that she is about to marry a British man. Yes, a member of the royal family he may be, but when you strip away the big houses, infamous ancestors, and a puzzling obsession with fox-hunting, Meghan’s love, Prince Harry, is still a Brit — one that’s marrying an American woman.

But what does that actually mean? The stereotypical British person as portrayed by Hollywood tends to be either the evil criminal type or the more whimsical period-drama type. Popping up with a mouthful of nasty teeth to slay the hero, or wandering through the gardens of beautiful houses wearing tight white breeches.

Away from the movies, there are other stereotypes: a love of tea. An inability to express emotions. And a constant need to discuss the weather.

It is, of course, easy to typecast. But there is no doubt that Meghan will have some cultural adaptations to make when she moves to the U.K. Luckily, she won’t be the only woman who has made this transition — so I asked other American women who had married a Brit what advice they would give her.

How to Marry a British Man: Advice for Meghan Markle

One woman married to a British man, Marcie Boyer, who wed husband David in 2012 after meeting him through work 14 years earlier, said the biggest challenge for them had been communication.

“There is not a day that goes by that we don’t stumble across a communication challenge,” said Marcie. “The list is endless: mishearing words or sentences, use of a word in a different context, and our favorite — not understanding common idioms, like ‘daft as a brush.'”

Marcie, who lives in the south of England, said another huge challenge an American marrying a Brit may face is that even though the U.K. and U.S. have a common language, the two countries are actually quite different. “You end up being shocked almost daily by how dissimilar they are. This can be challenging in a relationship, and we can argue about weather, differences in national attitudes, politics, history.” The list goes on, it seems.

Despite the differences, Marcie denied the typical stereotype portrayal of British men is true. “Yes, it might take a while to get to know them, but once you do, I find that many will share their feelings or get all mushy when talking about their kids,” she said. “I haven’t met many British men like Hugh Grant, who are often portrayed in the films as being ‘clumsy’ or ‘bumbling.’ The ones I’ve met are quite open and honest.”

As for advice for Meghan on marrying a British man, she believes she will go through a period of culture shock.

“She will need the time to find her own way. It takes about two years to unlearn your American ways, and once you’ve done that, you can learn how to be an American living in England.”

For Christina Adams, who lives in Orange County, California with her British husband Tony, one of the stereotypes certainly was true: He loves to make tea. And not just your average tea with a tea bag plonked in a chipped mug; we’re talking, “very good tea, with a proper strainer and a china tea pot.”

She said her husband was also able to take a lot of discomfort without complaint, which he attributed to being reared with the “classic British stiff upper lip.” But generally, Christina felt being married to a Brit was a real bonus — and spoke approvingly of his love of cooking very traditional English food like scones, lemon curd, pies, and fruitcake.

When asked to name the biggest challenge of being married to a Brit, her advice for Meghan was to be aware of a much more subtle form of communication among British people than Americans. “Their jokes can be quite cutting and on-target. We might cringe at the painful truth, but they just laugh and smile in my husband’s family.”

Tamar Wilner, who has been married to a British man, Will, since 2003, said she would find it hard to compare a British husband to an American one because she had never had an American one. She said he did have some traits that might be considered “British,” like being less expressive about his feelings. But she also knew American men who had similar behavioral habits, so she didn’t necessarily attribute it to his nationality.

Tara now lives in Dallas, but lived in the U.K. for five years at the start of her marriage. The biggest adjustment she had to make was at work.

“I’m kind of blunt even by American standards, so it was difficult learning how to soften my language, and also how to interpret others’ language,” she said. “For example, ‘when you get a chance, would you mind…’ actually means ‘you need to do this’ — especially when it is coming from your boss!”

Tara’s suggestion to help Meghan enjoy her new life in the U.K. was to look beyond what would no doubt be her usual haunts and travel round the country. “Go to Blackpool!” she said. “You need to explore all parts of the U.K.” 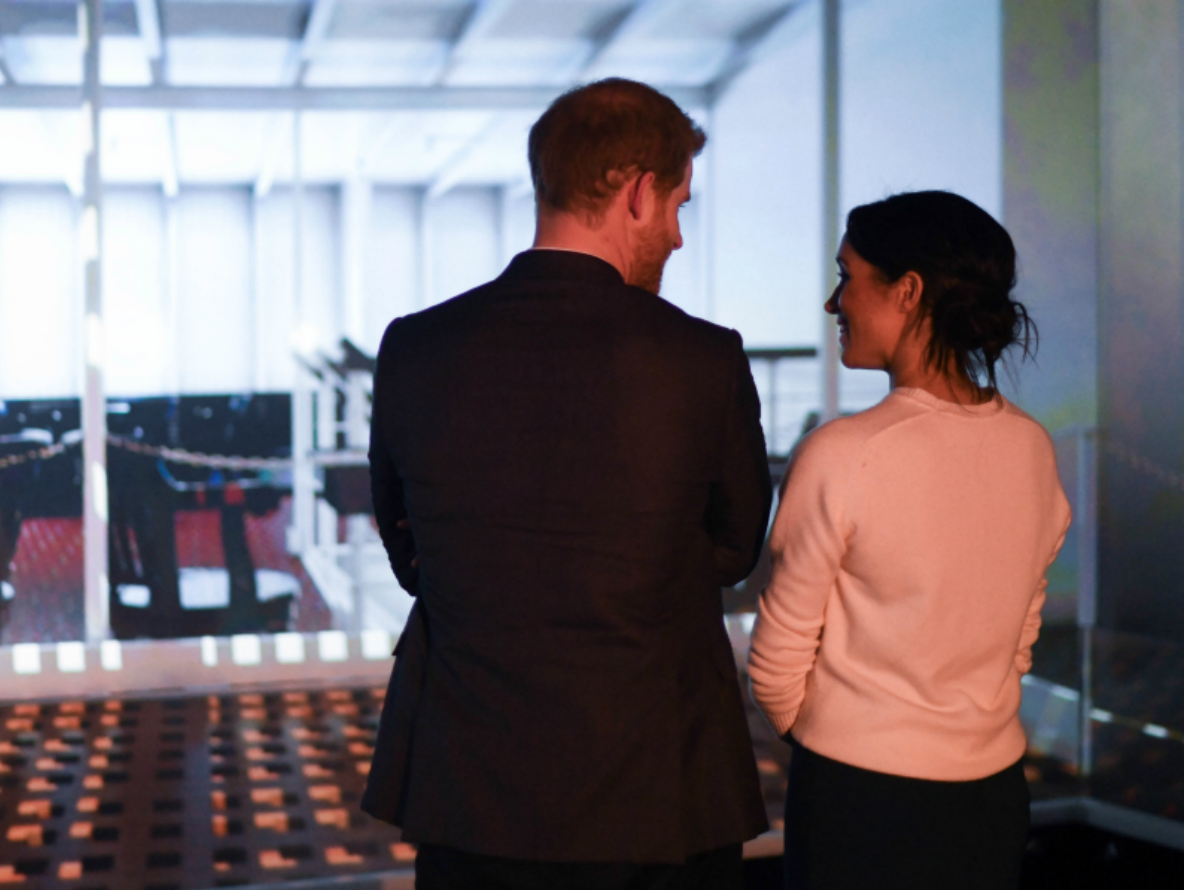 If an American marries a British person, one thing’s usually true: Over time, many American-British couples learn to absorb elements of each other’s cultures and become the perfect “Bremerican” couple. That’s certainly the case for Carla Starrett-Bigg, an American who married her British husband back in 1976 and now lives on the West coast. Her partner, she says, has adapted to the point where he belongs “firmly mid-Atlantic.”

Old habits die hard, though, and apparently he does still hold on to some of his: “Yes, he drinks tea, and has taught me how to make the real thing. He also eats Marmite and thinks canned spaghetti on toast is delicious… I have no words.”

Marrying a Brit: Meghan Will Still Be a Royal

But as for advice for Meghan, Carla very sensibly pointed out that the royal-to-be’s life would “probably be significantly different from ours.”

Which is undoubtedly true: None of the women I spoke to counted spending Christmas day with the Queen amongst their “British” experiences. Nevertheless, some things are the same whether you’re a royal or not, and after Meghan and Harry are wed, she willl almost certainly encounter many cultural differences over the years ahead to which she’ll have to adapt.

Let’s just hope that she likes tea. And talking about the weather!

This essay was written by Clara Wiggins, a freelance writer and author of the Expat Partner’s Survival Guide who specializes in writing about expat life, parenting, family travel, and work issues.

The Bigger the Engagement Ring, the Shorter the Marriage

Does Marriage Make You a Better Mom?