You know you’ve made it when Lifetime decides to turn your romance into a movie. As the world counts down to May 19 to watch Prince Harry marry former Suits actress Meghan Markle, there’s another milestone that dedicated fans are anticipating to coincide with the royal wedding. 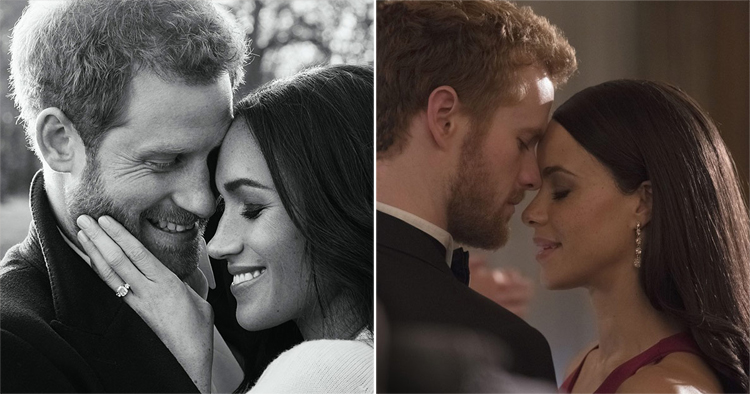 That’s right, the premiere of Lifetime’s upcoming movie, Harry & Meghan: A Royal Romance, will hit screens just six days before their wedding (that’s May 13). To mark the release date, the network has shared the first photos of the lucky stars portraying Meghan and Harry. 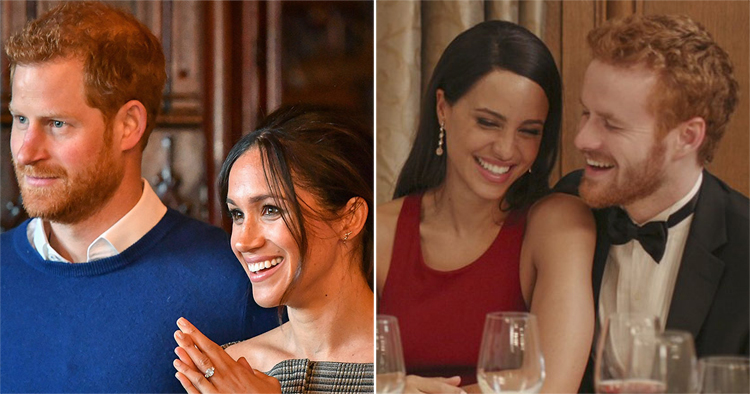 In one still, Parisa Fitz-Henley, who plays Meghan, and Murray Fraser, who takes on the role of Prince Harry, can be seen sharing a warm embrace eerily similar to the portrait the real couple released to celebrate their engagement last year. In another shot, Meghan and Harry team up with their other royal lookalikes and enjoy a black-tie dinner with Prince William (Burgess Abernethy) and Kate Middleton (Laura Mitchell). 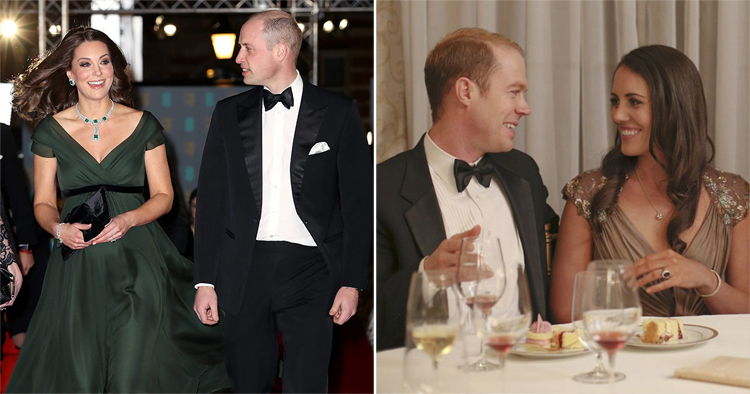 The resemblance is eerie. Other actors announced for the TV movie include Steve Coulter as Prince Charles, Bonnie Soper as Princess Diana, and Deborah Ramsay as Duchess Camilla.

The plot will focus on the soon-to-be husband and wife hitting it off after being introduced by a mutual friend, their first date, falling in love, and jet-setting around the world — and lead up to the historical moment they announced their engagement.

This isn’t the first time we’ve had a royal romance brought to life on the small screen. We can’t forget the magic of the TV movie William & Kate, which was released shortly before Prince William and Kate Middleton tied the knot in 2011.

Ever since Jamaican-American actress Parisa Fitz-Henley, 41, landed the role of Meghan, she’s been sharing behind-the-scenes snaps with fans. After the real Meghan had to shut down her Instagram account, we can’t get enough of the fake Meghan’s posts with pretend Harry!