The concept of oversharing is just not on Kristen Bell’s radar — and that’s precisely why we love the actress. The 37-year-old, who is famed for her “TMI” moments (like when she courageously announced therapy was the key to her happy marriage) is not afraid to speak about personal experiences. And while it may seem near impossible to top those tales, Kristen’s latest story is her most shocking yet. 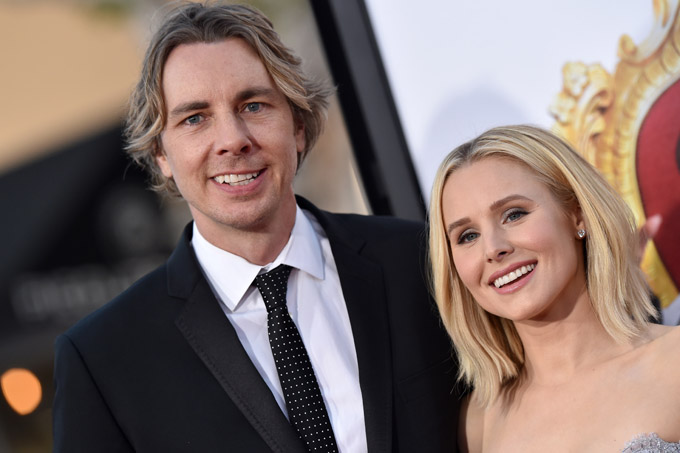 In an episode of her new web series on EllenTube called Momsplaining, the mom-of-two is discussing breastfeeding and mastitis and the sometimes uncomfortable situations motherhood finds you in. Recalling the third time she suffered from mastitis while weaning her baby, Kristen and her husband were in Atlanta and out of reach of a doctor who could prescribe antibiotics.

“So I said to my husband, ‘I’m going to need you to suck this out,'” Kristen says much to the horror of her guest Scandal actress Katie Lowes who then asked, “Did he do it?”

Kristen goes on to explain with great enthusiasm how her actor husband Dax nursed from her breast to drain it of milk.

“He had a cup next to him, he was pulling out and spitting into this cup, and I’ve never been more in love in my life,” she concludes with a smile.

Stuffing our faces at the annual @baby2baby gala!!!!

Draining the breast of milk — as Dax supposedly did — is the first step in treating mastitis if a woman begins to show early symptoms, says the World Health Organization. And while Kristen’s bizarre (yet kind of sweet) tale shows the lengths her husband will go to help ease his wife’s painful mastitis, the recommended treatment of blocked milk ducts is antibiotics, of which the star stressed she’s not opposed to taking.

Manager Kicks Breastfeeding Mom Out of Chick-fil-A, Community Is Having None of It