Ouch! Kelly Clarkson just willingly subjected herself to some pain — but for the best reason! The singer helped raise awareness for people diagnosed with Lou Gherig’s disease and participated in the amyotrophic lateral sclerosis (ALS) pepper challenge on Thursday, February 1. Luckily for us, she documented it all on Instagram. The challenge is simple: “Eat a hot pepper. Stop ALS cold,” says the ALS Therapy Development Institute website. So Kelly ate some seriously spicy peppers and adorably freaked out, but it’s all for charity Check out Kelly’s Instagram post below!

“Get ready @AliciaKeys, @BlakeShelton, and @AdamLevine for the #ALSPepperChallenge! Also, @BrandonBlackstock, I challenge you! #UrWelcomeFromYourLovingWife,” the 35-year-old captioned the video as she asked even more celebs to take the challenge. Country singer Trisha Yearwood was the one who originally challenged her, and Kelly obviously had to give her good friend a special shoutout.

“I just want to say, first of all, I cannot stand you, Trisha Yearwood, because I was in the clear, Garth [Brooks] didn’t even say my name and then you just brought it out of nowhere!” Kelly hilariously said in the video. “I’d also like to say, for the ALS pepper challenge, this is love because I’ve actually never had habanero [peppers]. Trisha picked the habanero because she’s, like, bold, and I don’t want to look like a wimp. I’m going to cry, probably.” 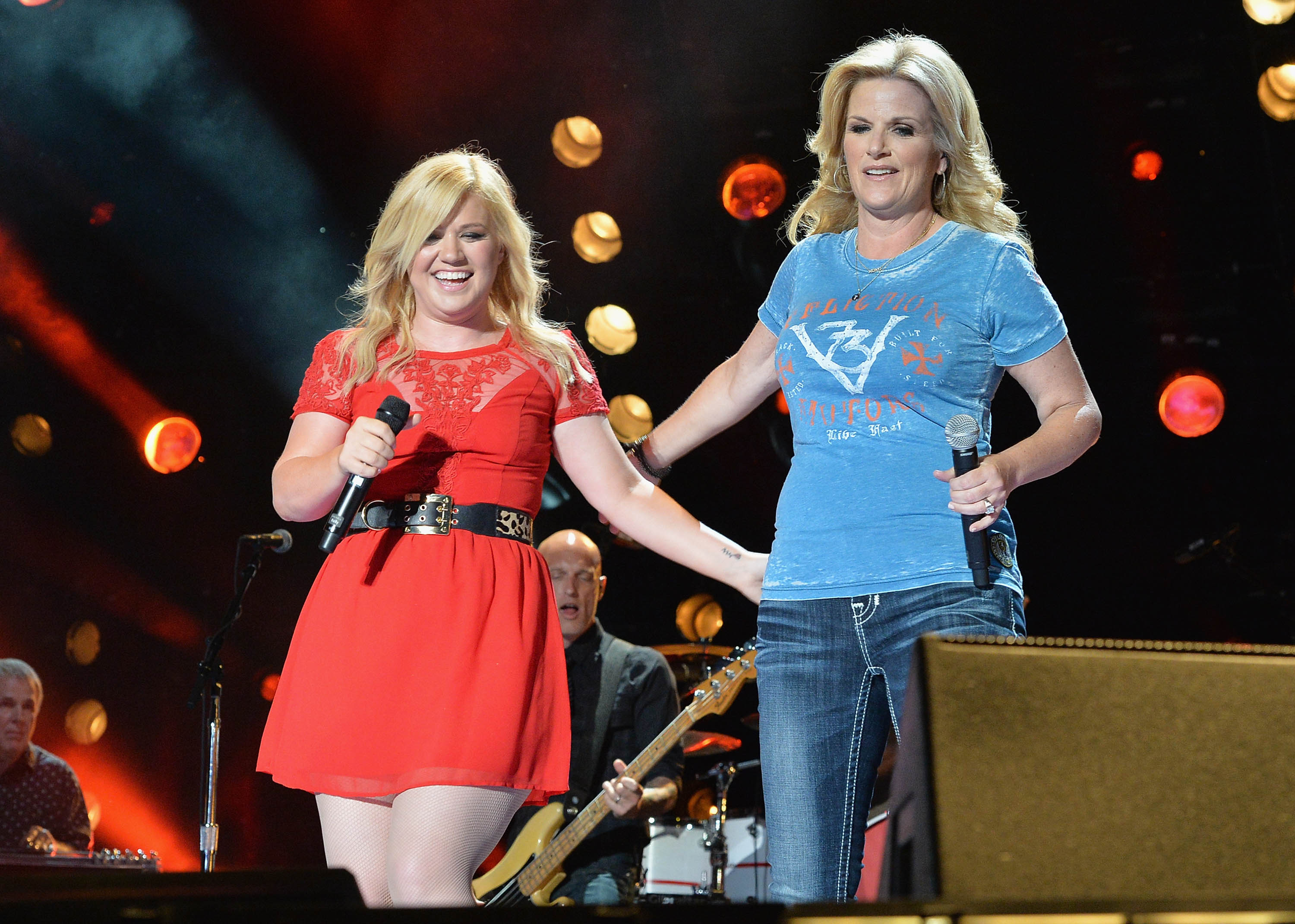 “My tongue is on fire! My actual tooth hurts… is that my molar?” Kelly hilariously said after taking a bite out of the habanero pepper. “Oh my gosh! I’m not being dramatic, my eyes are crying. This is mean. I can’t stand you, Trisha Yearwood.”

Although eating the hot pepper caused her a lot of pain, Kelly did it all for charity. ALS “is a disease of the nerve cells in the brain and spinal cord that control voluntary muscle movement,” according to the ALS Therapy Development Institute. After the highly successful ALS Ice Bucket Challenge swept across social media back in 2014, millions of dollars were raised for ALS research. This time around, the Haberstroh family started this new challenge for their mom, Patty, who was diagnosed with the disease in 2017.

For more information or to donate, visit the ALS Pepper Challenge page. To participate, make sure to use #ALSPepperChallenge in your post!

Kelly Clarkson’s Weight Gain Has Been Good for Her: “It’s When I’m Fat That I’m Happy”