They’re not hiding anymore! Katie Holmes and Jamie Foxx are one of the most elusive celebrity couples ever, but it looks like they’re ready to start going public with their love after nearly five years of dating. The sweet couple was spotted out together on Saturday, January 27, at the 2018 Clive Davis Grammy Awards party. They were even photographed together during their ultra-rare appearance.

Katie, 39, and Jamie, 50, did not arrive together, according to People, but once inside the event, they looked cozy and happy as they sat close together at the same table for a brief period of time. Katie was photographed whispering into Jamie’s ear, and at one point, Jamie put his arm around Katie and rested it on the back of her chair while they laughed and talked as if they were the only people in the room. 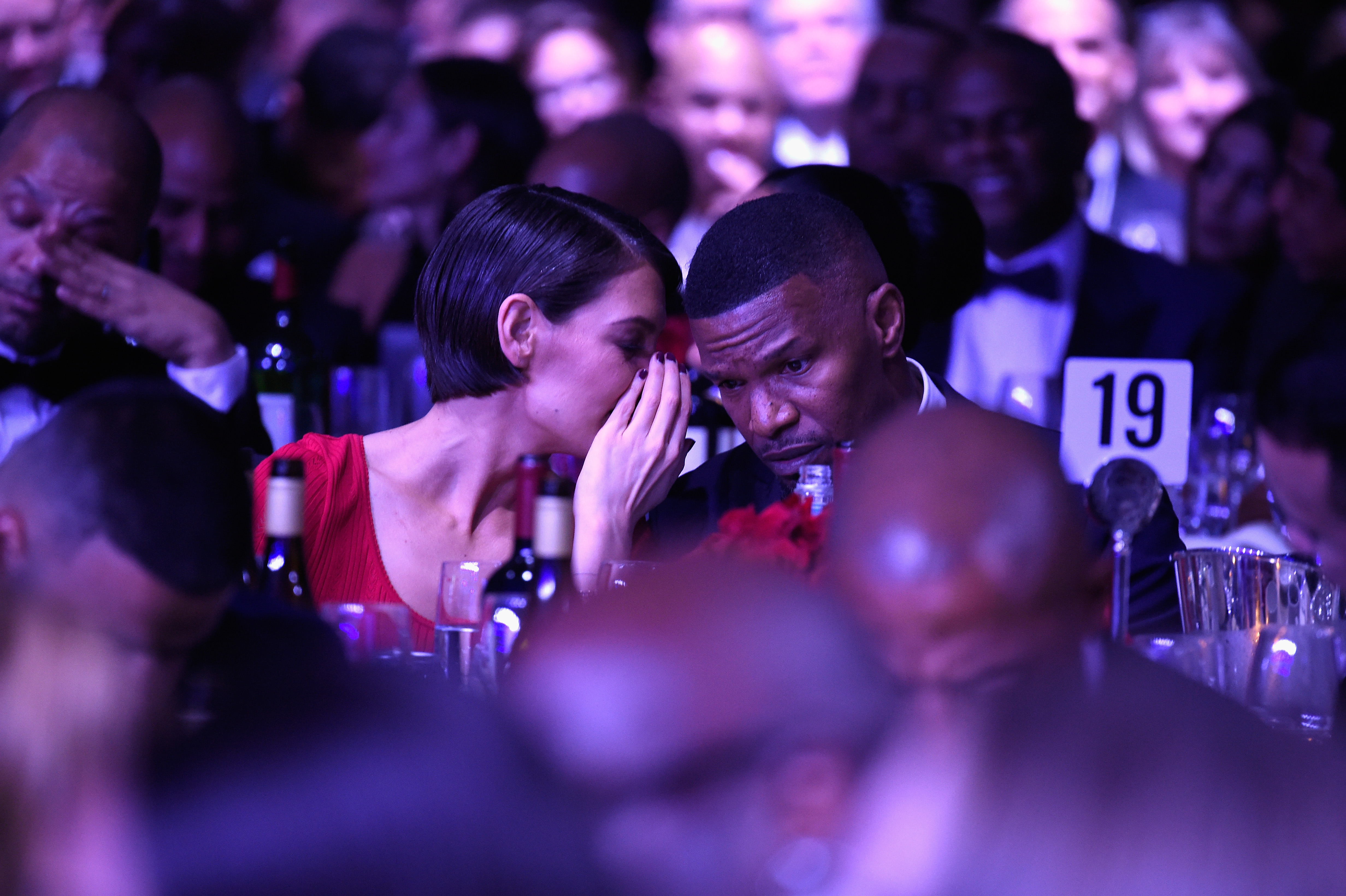 The couple quickly became self-aware when Clive announced that Jamie had arrived in the room. Katie tried to change her seat so that she would not be seen sitting next to her longtime beau, but the record executive called her out. “This lady left the room right when I was going to introduce her, she was sitting at that table, right with Jamie Foxx and everyone else,” he said. “If you’re going to sit together what better night than tonight?”

Despite the awkward announcement, Katie and Jamie seemed to have a great time together on their date night — and it seems like even though they may seem like total opposites, it looks like opposites attract in their case! Sources exclusively revealed to Life & Style that even Jamie’s friends think that they make an odd couple. “Katie’s not Jamie’s usual type, and some of his pals think they’re a bizarre match,” an insider said.

There could be a good reason for the low-key relationship. In September, an inside told Life & Style that a clause in her divorce settlement from Tom Cruise says she could not publicly date until five years after the divorce. “Katie signed a clause in her quickie divorce settlement that prevents her from embarrassing Tom in various ways, like talking about him or Scientology, or publicly dating another man for five years after the divorce,” the source said. “She’s allowed to date, but she cannot do so in a public fashion, and she’s not supposed to let any boyfriend near their daughter Suri.” Katie and Jamie recently sparked pregnancy rumors when she was spotted with what appeared to be a baby bump — watch the video below to get the details!

Katie Holmes Didn’t Try to Hide Her Affection for Jamie Foxx on His Birthday!