The royal baby is on its way! Kate Middleton is currently in the “early stages of labor” as she prepares to welcome royal baby No. 3! The Duchess of Cambridge was taken to the hospital early on Monday, April 23 and her husband, Prince William, is by her side, according to an official statement released on Kensington Palace’s official Twitter account.

“Her Royal Highness The Duchess of Cambridge was admitted to St. Mary’s Hospital, Paddington, London earlier this morning in the early stages of labor,” read the statement. “The Duchess traveled by car from Kensington Palace to the Lindo Wing at St. Mary’s Hospital with The Duke of Cambridge.” The last update that the palace shared was a photo of media outlets gathered around outside of the hospital awaiting news of the birth. 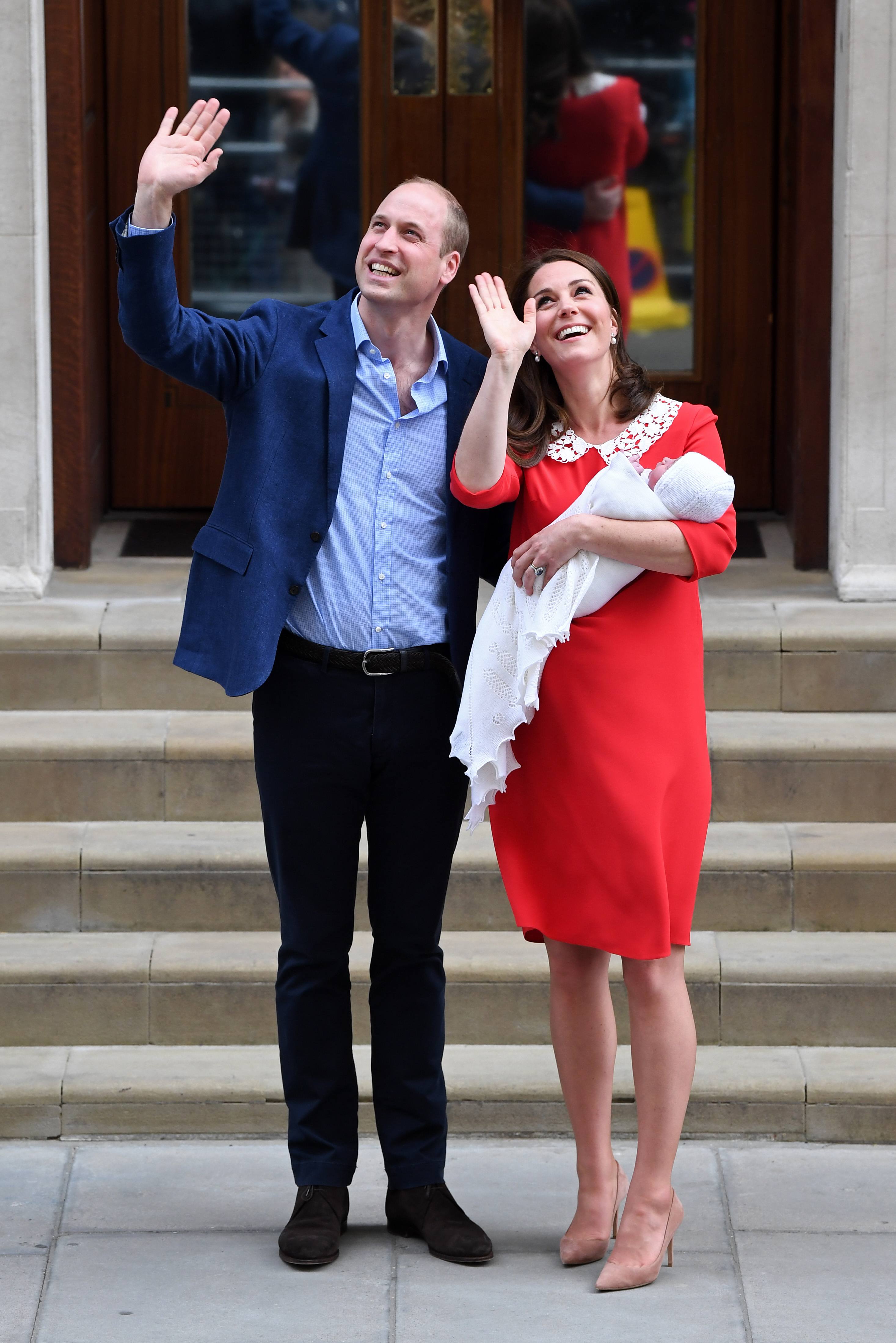 The palace announced Kate’s third pregnancy on September 4, 2017 after the Duchess of Cambridge had to back out of a public engagement because she was suffering from acute morning sickness, or Hyperemesis Gravidarum, that can cause severe dehydration, vitamin, and mineral deficits. Unfortunately, because of her Hyperemesis Gravaidarum, she missed out on her son Prince George’s first day of school just a few days later — but even though the adorable four-year-old looked nervous, his dad held his hand the entire time.

Thankfully, by her second trimester, Kate was feeling a lot better and she was able to pick back up on her royal duties like attending events on behalf of the royal family — and took advantage of every opportunity to show off her growing baby bump in chic maternity ensembles. The last public appearance she made before she went into labor was on Easter Sunday, when she attended church services with her husband. She opted not to attend Queen Elizabeth’s birthday party over the weekend, presumably because she was so close to giving birth. Watch the video below to see photos from Kate’s Easter Sunday outing!

Kate and Prince William have kept mum on the name they’ve picked out for baby No. 3 and they’ve also kept the gender a secret, but if baby No. 3 is a boy, then it will be a historic moment for the royal succession. If baby No. 3 is a boy, he will not overtake his big sister Princess Charlotte’s place in line for the throne.

We Can’t Wait for These 5 Royal Baby Milestones for Kate Middleton and Prince William’s Third Child!