We wonder: Does everyone feel compelled to weigh in on everything these days — or is the harsh judgment of a pregnant woman nothing new? Sadly, we’re thinking that the answer to both of questions is yes.

We’re referring, of course, to the most recent round of unsolicited opinion-giving that occurred after Kate Middleton made her first public appearance since announcing her third pregnancy. In our opinion, the duchess glowed — and we were so relieved to see her back up and at ’em after being forced to miss a number of important events (including her son’s first day at school) due to extreme morning sickness. As most of the world now knows, Kate gets pretty severe “hyperemesis gravidarum” — the same condition she battled while pregnant with 4-year-old George and 2-year-old Charlotte — which leaves her nauseated, unable to keep food down, and pretty much bed-ridden for weeks at a time.

So when Kate stepped back out with husband Prince William and brother-in-law Prince Harry, for a World Mental Health day event at Buckingham Palace on October 10, all eyes were on her — and she looked quite well, wearing a light blue lace dress and chatting happily with the event’s attendees. With all indications that Kate’s good health was returning, there was much for devoted royal-watchers to celebrate — that is, until the harsh comments began rolling in. 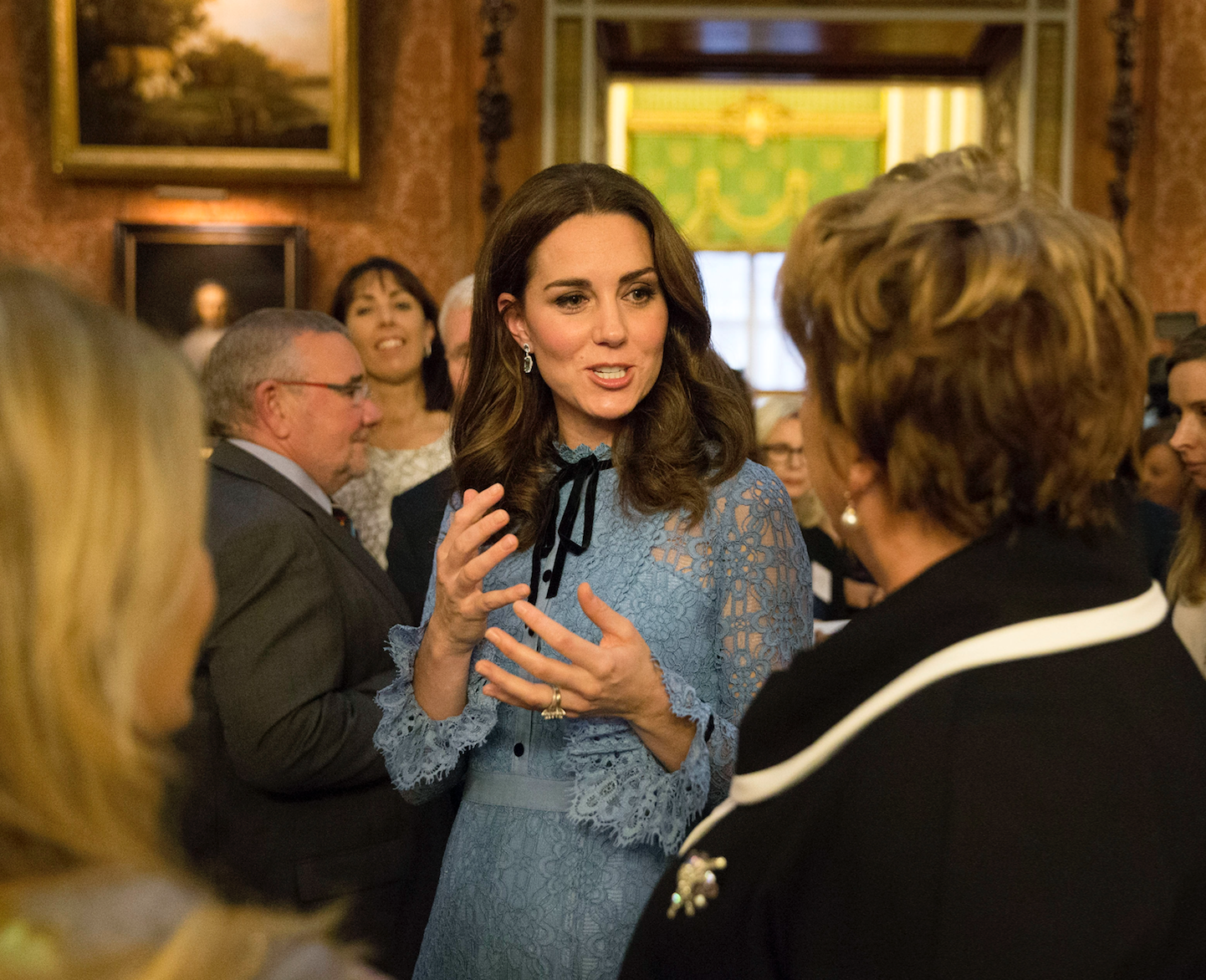 After several well-wishers took to social media to show support and admiration for the royal mom-to-be, some users had the nerve to question why her bump was so small and whether she was, in fact, pregnant at all. Can you imagine?

“She hardly looks preg!” wrote one Instagram user, according to Delish. “I can’t believe she’s prego, she looks too thin,” wrote another, while others made similar commented about her size, criticizing Kate, 35, for looking like a “malnourished anorexic” and describing her as “emaciated.”

Why, oh why, do people feel that a woman’s pregnancy gives them no-holds-barred permission to make comments about her body? For me, this was one of the most upsetting parts about each of my two pregnancies. Like Kate, I also suffered from morning sickness (though not nearly as bad) and like her, I tended to spend as much time as possible out of sight. But that didn’t stop people — friends, neighbors, complete strangers — from commenting on my shape and saying just about anything they felt like saying: I was carrying really low; my bump was small, or my bump was huge; I’d really “popped” (ew); I looked like I was miserable; I must be having a girl because (and I quote) “girls steal their mother’s beauty” (I did not have a girl); and I must be having a boy because my stomach was shaped like a basketball and not a football (riiight). 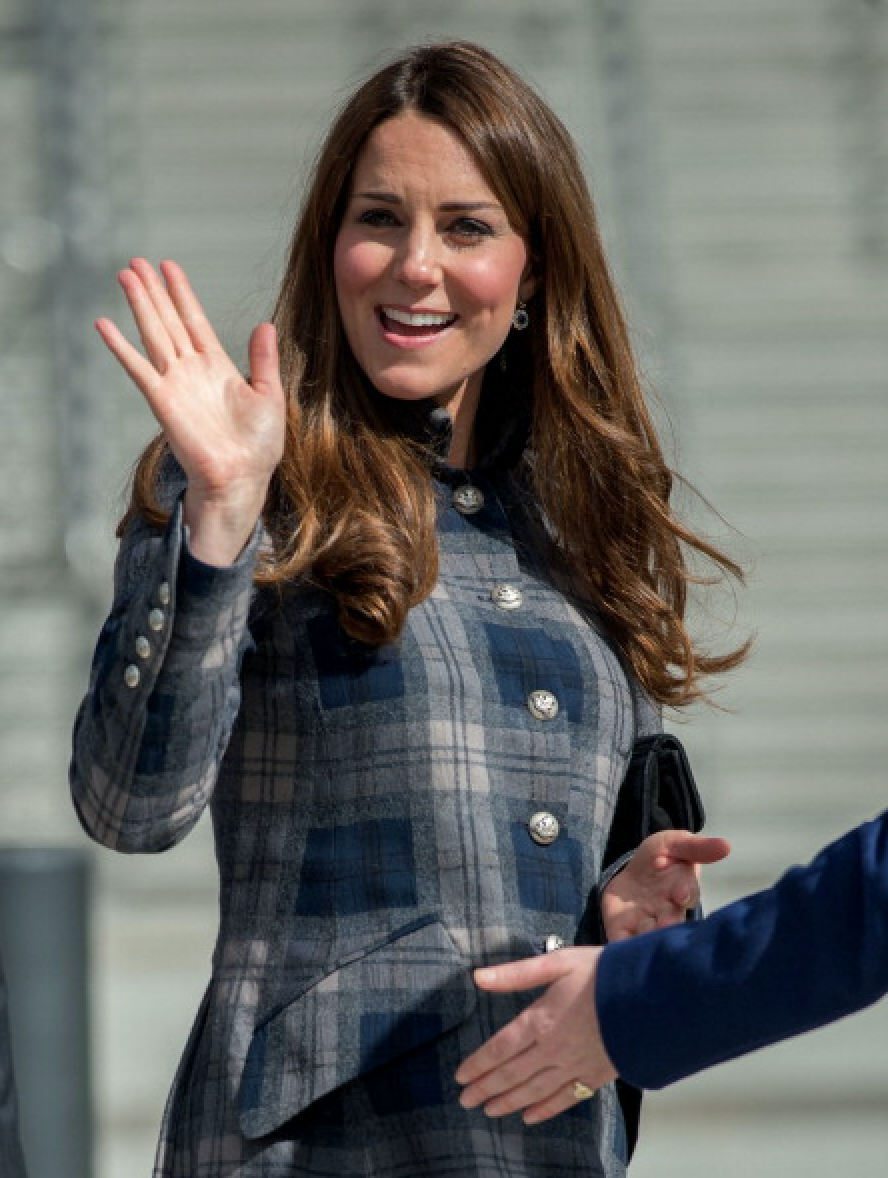 Kate in 2013, while she was pregnant with Prince George. We hope that hand belongs to her husband! (Photo Credit: Getty Images)

Oh, and don’t get me started about people who think a baby bump means it’s open season for touching an expectant woman’s body. My personal fave was the acquaintance who reached out with both hands to firmly grasp my belly when I was about eight months along — and then encouraged his young daughter to do the same. With my mama-bear protective instincts already running on high, it was all I could do not to kick him in a sensitive spot.

Back to Kate: I’d love to ask each of these Kate-bashing commenters a question: Are you a doctor? More importantly, are you Kate’s doctor? And if you’re not, then what gives you the right to pass judgment on her belly?

And then I’d also like to give them the answer: Nothing. Nothing gives you that right. Try and remember that old advice: If you can’t say something nice, don’t say anything at all — and please, pretty please, stop telling a woman how she should look when she’s pregnant. Heads up: It’s not something she can really control, it’s out of line… and it’s truly none of your business.

Watch the video below to see Kate Middleton’s most candid comments about motherhood.