Still the coolest uncle, John Stamos just made a little girl’s dream come true. When the Full House alum saw a viral video of a young fan crying because she wanted to meet Uncle Jesse so badly, he decided to do something about it. “This made my world! I need to FaceTime with this young lady,” he wrote on Instagram. So he did!

When mom Rachel Houston posted the video of her little girl tearily asking to have Uncle Jesse over, it quickly went viral, eventually reaching the Uncle Jesse actor himself. “I want Uncle Jesse,” her toddler, Iris, can be heard saying between her tears. Once the actor saw the sweet video, the very next day, he FaceTimed with her. “Well, I had an illuminating 15-minute, 43-second FaceTime chat with my new friend, Iris,” the 54-year-old wrote on Instagram. “We laughed, we cried, then we laughed again. We covered it all and hopefully she’ll take me up on my invite to visit the #FullerHouse set this summer. Thanks to her sweet mom, @RachLHouston XO.” Sounds like Iris will get to meet Uncle Jesse in real life pretty soon! 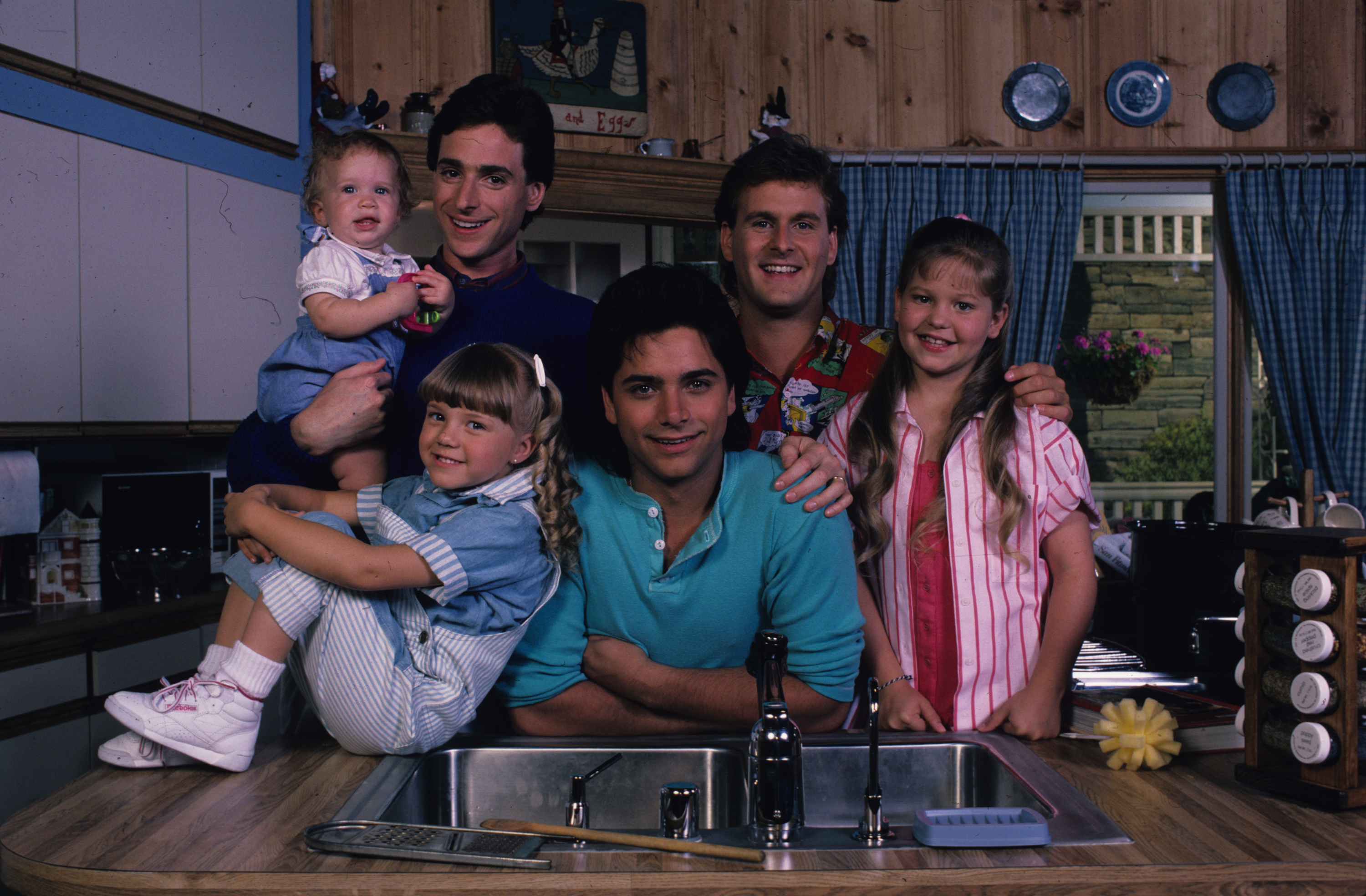 The actor recently tied the knot with his pregnant fiancée, Caitlin McHugh, in a small ceremony back in early February. “They exchanged vows in front of family and close friends. It was a very touching ceremony. There were tears but mostly smiles. John and Caitlin looked very happy,” a source revealed to People. Unfortunately, Aunt Becky couldn’t make it — no one tell little Iris!

“We were all invited. Unfortunately, Candace [Cameron Bure] and I already committed to go to the Super Bowl months and months and months in advance so we couldn’t be there. But we certainly were all invited,” Becky actress Lori Loughlin explained. “All the Hallmark executives were taking us to the Super Bowl. It was so much fun, but we already committed to that. So we, unfortunately, could not be at John’s wedding.” Luckily, some of his other Full House castmates were able to make it, including Dave Coulier (Joey), Jodie Sweetin (Stephanie), and Bob Saget (Danny), according to Lori.

Watch the video of a young Full House fan asking for “Uncle Jesse.”

Everyone Forgets, so We’re Here to Remind You That John Stamos Was Once Married to Rebecca Romijn

Michelle Tanner Is Back in ‘Fuller House’ — Well, with a Little Photoshop Magic