The holidays are a time for indulging, but there’s a hidden danger lurking on your Christmas cookie. The U.S. Food and Drug Administration (FDA) is warning the public about consuming those little silver ball sprinkles on cookies, cupcakes, and desserts galore. If your parents told you they were poisonous, they were right!

Dragée is the actual name for these round decorations, and they’ve been annoying the FDA since it ruled that minerals substances were not allowed as food additives in the Food and Drug Act of 1906. More than 100 years later, dragées can be purchased “for decoration only” in 49 states. California is the only state that has banned the sale of dragées — the result of a 2003 lawsuit.

Why Ingesting Silver Is Bad for You

Right now, you’re probably already ingesting silver without even knowing it. Low levels of silver can be found in food, water, and even the air, according to the Agency for Toxic Substances & Disease Registry (ATSDR). You can even be exposed to silver if your hobbies include photography or silver jewelry-making, or if you use anti-smoking lozenges or medications that contain silver.

But before you get worried, it’s important to know that you won’t experience negative side effects related to ingesting silver unless you happen to be exposed to silver for a long period of time (think months and years, rather than just a few too many hours decorating cookies in the kitchen). And fortunately, most of the silver we consume leaves our bodies within a week.

If, however, you work in a chemical manufacturing facility where you’re exposed to silver, you can develop a condition called argyria. People with argyria have a blue or blue-gray tint to their skin, nails, and mucus membranes. A 2015 case report published in the Indian Journal of Dermatology recorded a man whose gums had even turned blue. The report’s authors wrote that argyria can be detected in the blood and urine, and can eventually cause kidney failure. And get this: the ATSDR says the coloring is permanent. 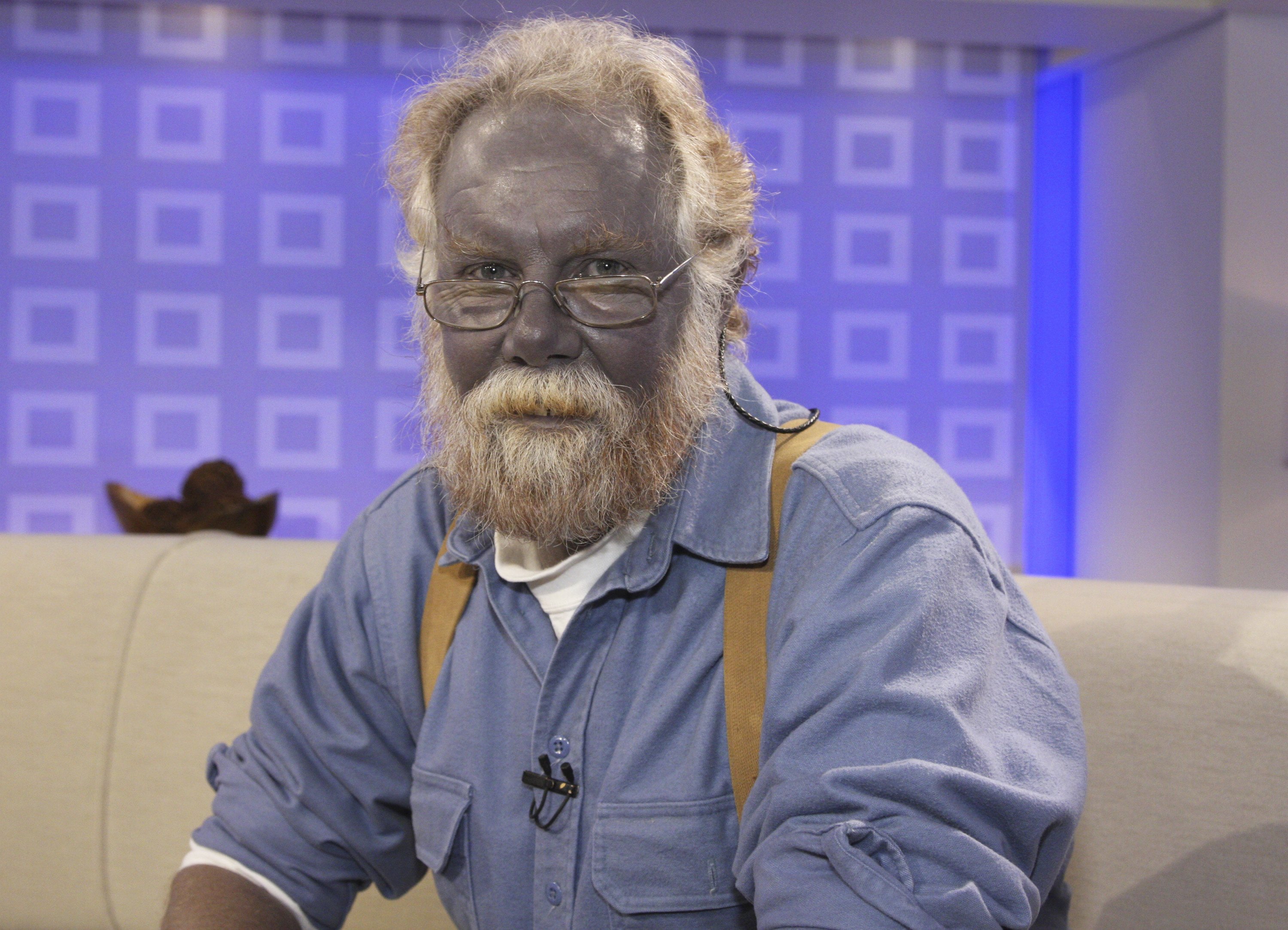 In 2008, Paul Karason went viral after the real-life “blue man” appeared on the TODAY show to talk about his argyria. In the late ’90s, Karason began taking a silver preparation as well as colloidal silver — which is essentially silver particles suspended in liquid — to self-treat his dermatitis. (To be clear, the FDA ruled in 1999 that all over-the-counter drugs containing colloidal silver “are not generally recognized as safe and effective.”) In 2013, Karason was hospitalized for pneumonia and died of a heat attack; his death was not related to his argyria.

Accidentally eating a dragée or two won’t turn you into Violet Beauregarde, but the FDA still considers silver “unsafe” as a food additive. So opt for real, edible sprinkles this year and leave the blue-colored skin to the Smurfs.

19 Christmas Desserts Santa Wants This Year Instead of Cookies