Francis William was born four months earlier than expected, weighing only 1 lb., 9 oz. He was the sickest newborn in the NICU, and doctors put his survival at 15 percent at best. They told his parents, Maureen and Jeffrey Azize of Rhode Island, that they could do “everything or nothing” to save the premature baby. Maureen and Jeffrey, of course, chose to do everything.

RELATED: When Her Baby Was Born Severely Premature, Selfless Mom Made Touching Sacrifice 10 Times a Day

For a while, it the odds weren’t good. The baby wasn’t thriving despite everyone’s best efforts. To keep the parents’ spirits up, one of the nurses gave them markers and suggested they draw something on the whiteboard. Maureen’s sister drew “Finding Nemo.”

Then Maureen’s brother sent them an email with a link to a TED Talk. At first the new parents were baffled, but they finally watched Andrew Stanton, the man who wrote and directed “Finding Nemo” and “Finding Dory” talk about stories. Near the end, Stanton revealed HE was a preemie and how the doctors didn’t think he was going to survive either. The video made the Azizes cry–and feel more hopeful. If Stanton could do it, then so could Francis William. 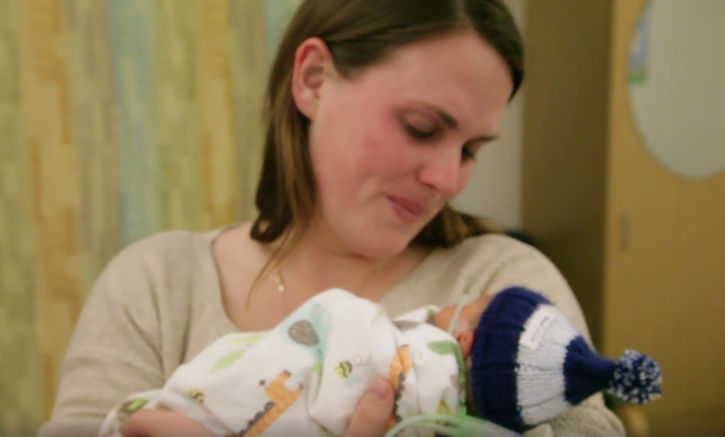 RELATED: They Thought This Premature Twin Wouldn’t Make It, But Then Doctors Tried Something Crazy

About a month later, Maureen’s brother flew back to his home in LA and sat next to no other than Andrew Stanton. He shared the story of his nephew and some photos. Near the end of the flight, Stanton slipped him a piece of paper to give to Francis William with the message, “Keep on swimming.” 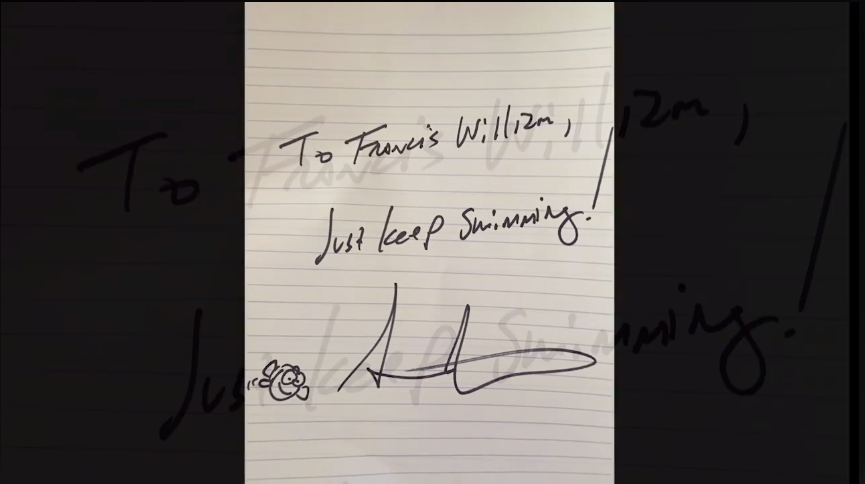 Francis William did. And after spending 118 days in the hospital, he went home. Watch the video to see what the little boy looks like now–you won’t regret spending five minutes on this. As Stanton himself tweeted earlier today, “Can’t stop crying. ‘Profoundly moved’ is an understatement. #GoFrancis”

NEXT: This Baby Is Only MINUTES Old, But Watch Her Smile Every Time She Looks at Her New Family

via For Every Mom