Pregnant actress Eva Longoria recently stepped out with her hubby, José “Pepe” Bastón, to go shopping for maternity clothes in Los Angeles, California. During the outing, the 42-year-old actress flaunted her growing baby bump. Clad in an all-white outfit that included comfortable sneakers, slacks, and a sweater, Eva walked hand-in-hand with Pepe, 49, as she showed off her belly in the new pics.

Interestingly, this isn’t the first time we’ve seen Eva’s bump in public. In early January, the Desperate Housewives star proudly displayed her baby belly on the red carpet at the 2018 Golden Globes. At the annual award show, the actress, wearing black in solidarity with victims of sexual harassment and assault, posed with her close friend Reese Witherspoon to promote the Time’s Up crusade, which is a sexual harassment prevention initiative founded on Monday, January 1, by 300 female actresses, executives, agents, producers, writers, and directors. 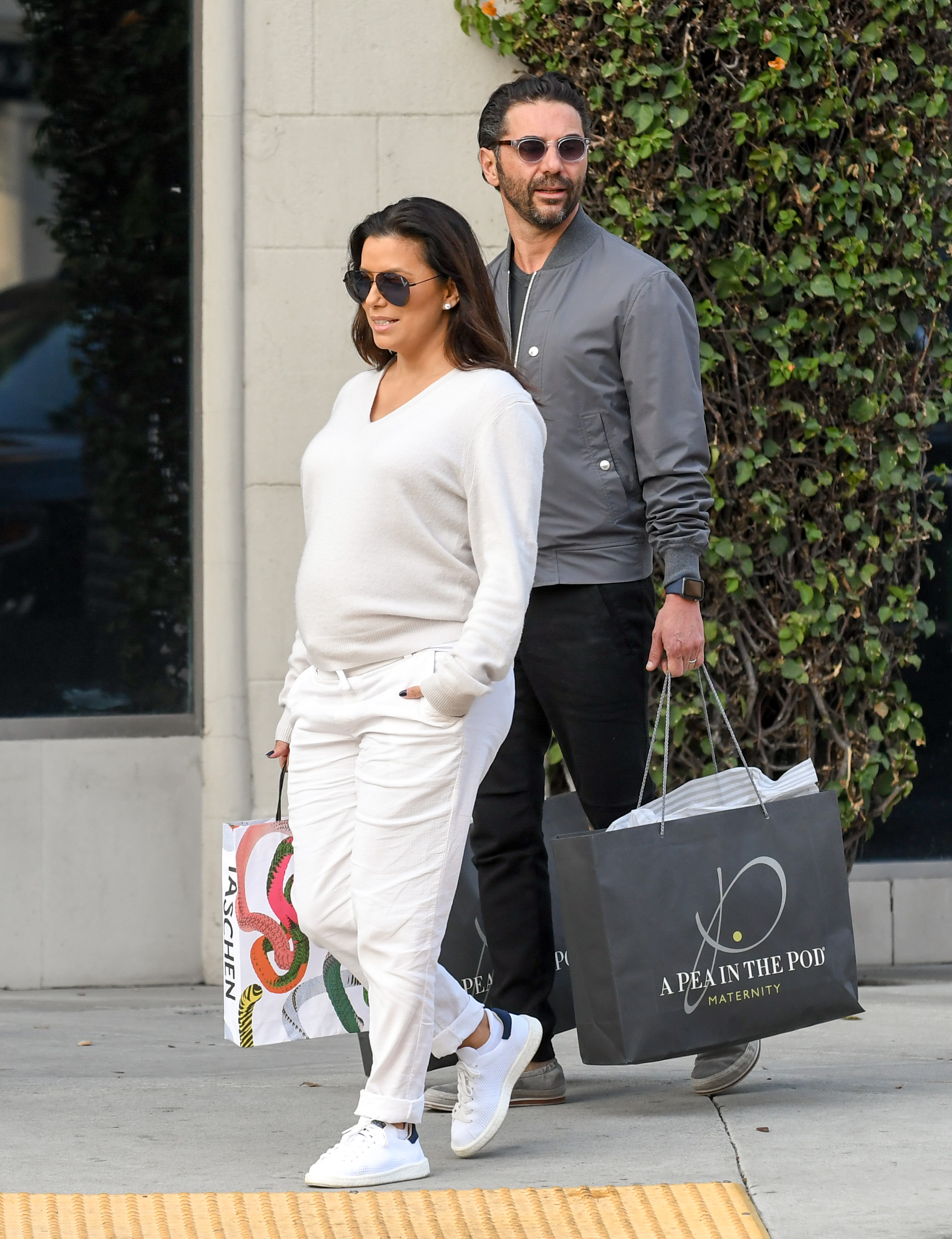 Around the beginning of the new year, Eva also took to Instagram to share a cute photo of her budding belly with the caption, “New year, new adventures! I’m so grateful to my beautiful family for giving this new baby so much love already!” Eva and Pepe previously announced on Tuesday, December 19, that they’re expecting their first child together. At the time, she even shared the unborn baby’s sex with her fans — it’s a boy.

Eva is already a stepmother to Pepe’s three children — Tali, Jose, and Mariana — from his previous marriage to Natalia Esperon. “[My stepchildren] have been such a gift in my life,” she previously told People. “They are amazing children,” she said in another interview. “I am so happy to be part of their lives.”

The TV star has always been open to the thought of having a baby, but in years prior, her stepchildren have completed her family. “It if happens, it happens. If it’s meant to be it would be a blessing,” she told Ocean Drive. Now that she’s having a baby of her own though, she’s super excited!

Eva and Pepe tied the knot back in May 2016, and the two could not be any cuter. “My husband and I were recently playing backgammon on our balcony in Miami,” Eva told Life & Style at the ACE Awards in New York City on August 7, 2017. “We both looked at each other and were like, ‘Are we in heaven? Because this is amazing.’ [He’s] the best human being I have ever known.”

Eva Longoria’s $13.5 Million Mansion Will Make You Desperately Want to Move in With Her!

Eva Longoria Doesn’t Wear Her Ruby Engagement Ring Anymore: “It Was a Bit Too Much!”