While Camilla Parker Bowles’ 70th birthday is a few days off, some schoolchildren helped her commemorate the big day early—with a bus.

The kids, who helped select 70 of the United Kingdom’s favorite children’s books, arrived on the old London bus to Camilla and Prince Charles’ Clarence House, with comedian David Walliams dressed as a conductor at the helm.

The tea party was held to honor the Duchess’ Bookshelves Project, which will see 70 schools, many in disadvantaged areas, gifted the books lucky enough to make the cut. Continuing with the theme of 70, the Duchess of Cornwall was also given a set of the books as an early birthday present. 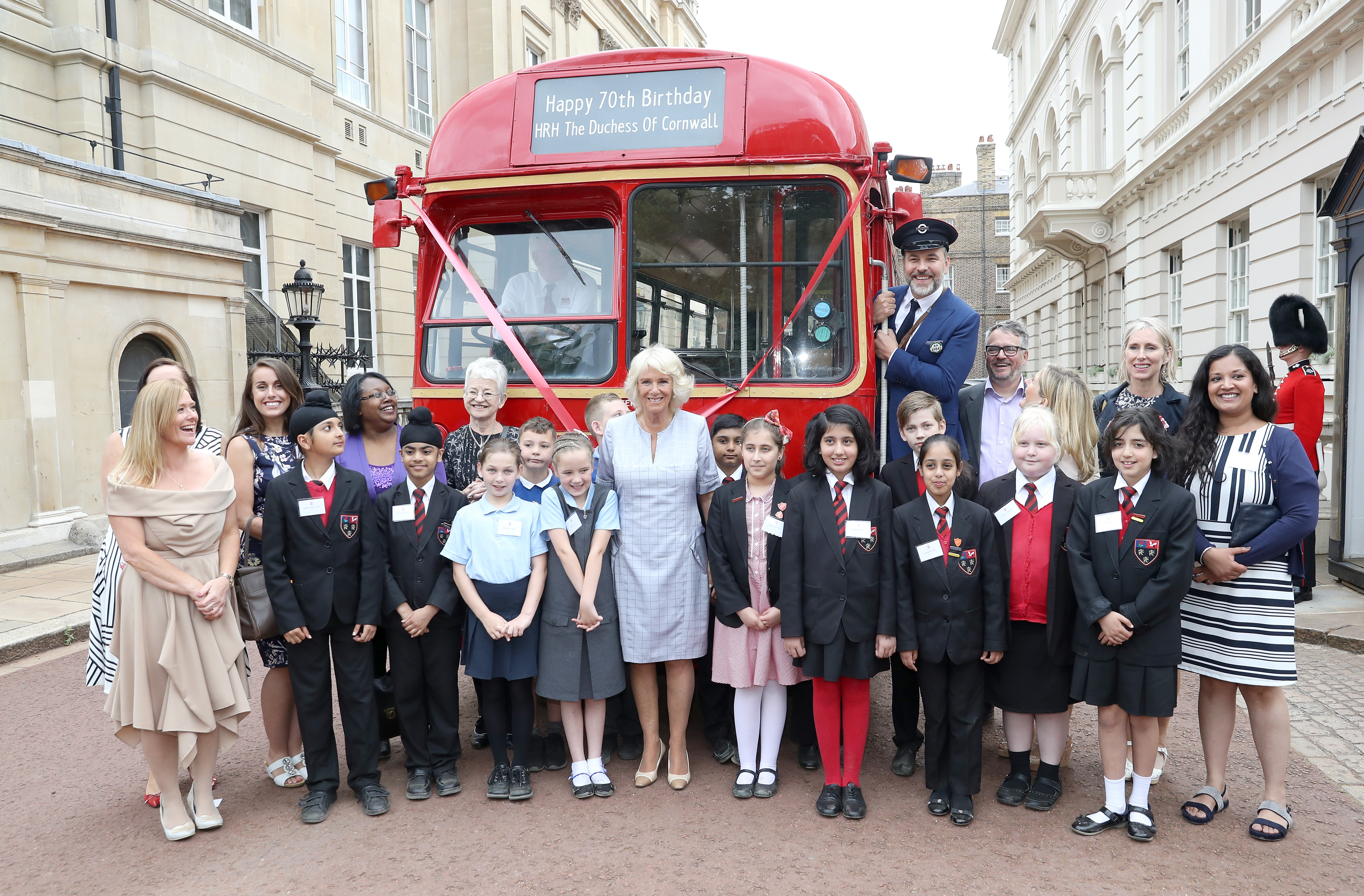 The Duchess makes no secret of her love of literature and is patron of, or associated with, six organizations involved with the project, including the National Literacy Trust, Beanstalk, BookTrust, First Story, Roald Dahl Literary Estate, and the Wicked Young Writer Awards.

At the party, she thanked guests for her early birthday present.

“I’m thrilled to be patron of so many literacy charities. It’s something I love more than anything,” she said. “People always say thank you, but it’s no hardship for me. I love meeting all the children. I know most of the books backwards because I read them to my grandchildren.”

“I will have a terrible time with them fighting over this bookshelf,” she added. “I am going to plonk it somewhere in the middle and let them borrow the books.”

MUST-SEE: Camilla Thought Kate Middleton Was ‘Not Worthy’ of Marrying William, But We Couldn’t Disagree More

The Duchess was quick to stress, with a smile, that it isn’t quite her birthday yet.

“I am hanging onto the last few days!” she said.

All in all, we can’t help but wonder if Prince Charles’ birthday gift will top this one. After all, it was a pretty specular way to ring in 70.

This post was written by Kate Wagner. For more, check out our sister site Now To Love.