Summer days on the lake mean everything to Blake Shelton. He named his new album, Texoma Shore, after a magical week he and girlfriend, Gwen Stefani, spent on his Oklahoma ranch. “We went out on the water every day, went back up to the house every night ,and just had one of the greatest times of my life,” he said, adding that he thought to himself, “Man, this is one of those summers that we’re always going to remember.”

Problem is, he’s always going to remember his ex-wife Miranda Lambert, too, and how their marriage blew apart. Blake, 41, isn’t ready to marry Gwen, 48, Life & Style learned, because he still struggles with the heartbreak of his split from Miranda. “Blake had hoped that time would ease the pain of the divorce and the betrayal he felt, but sadly, it just hasn’t,” reveals an insider. “To this day, Blake believes Miranda cheated on him. It just wounded his soul.” His inner circle has been trying to help him move on from the 2015 split. What happened with Miranda is coming between him and Gwen, delaying their marriage despite the fact they are madly in love. “Blake admits he’s still devastated,” says a source. 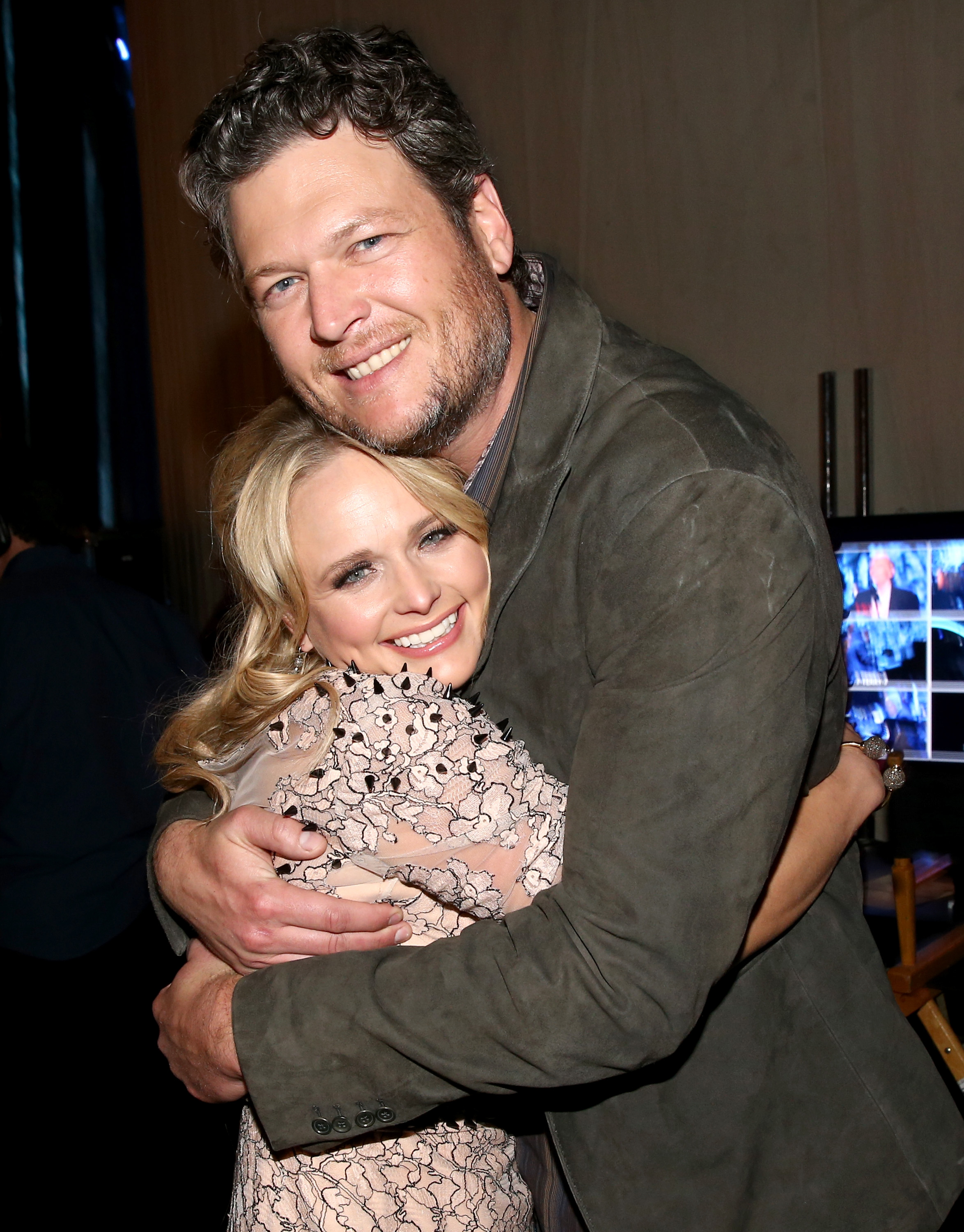 Things are so serious between Blake and Gwen that they’ve been trying to have a baby girl together via IVF, as In Touch has reported. But Blake also thought he had a perfect relationship with Miranda, 33, and that didn’t stop things from imploding after a decade together. Blake suddenly filed for divorce after a series of reports alleged Miranda cheated. It’s left him wary of marriage. Blake is worried about having his trust broken, says the source, even though he knows Gwen and Miranda are totally different people. Although Blake and Gwen had talked about getting married sooner, “Blake has been honest with her lately about not being ready to tie the knot.”

Lucky for him, the No Doubt frontwoman is on the same page. She has trust issues after her 13-year marriage to Gavin Rossdale, 51, was torn apart by his alleged indiscretions, including with their family nanny. “Gavin’s betrayal of their marriage vows nearly destroyed her,” says the insider. “Gwen has also realized over time that she doesn’t need to get married again.”

But the country star and the pop diva aren’t slamming the brakes on their plans to give Gwen’s three sons, Kingston, 11, Zuma, 9, and Apollo, 3, a sibling. “Blake and Gwen are committed to having a baby together,” insists the insider. “They just don’t want to get married.”

Blake is having second thoughts about marrying Gwen right now, says a source. He’s still getting over what happened with Miranda.

‘This Is Us’ Star Chrissy Metz Opens up About 100-Pound Weight Loss!

Rebel Wilson Flaunts Her Weight Loss While Showing off Her New Clothing Line!