Former TODAY star Ann Curry has finally spoken out about her co-anchor Matt Lauer’s surprise firing from NBC following sexual misconduct allegations. “I can tell you that I am not surprised by the allegations,” she said during a Wednesday, January 17, interview on CBS This Morning. When then asked if she believed Matt abused his power on the popular morning show, Ann replied, “Now I’m walking down that road and I’m trying not to hurt people. And I know what it’s like to be publicly humiliated.”

“But I can say that — because you are asking me a very direct question — I can say that I would be surprised if many women did not understand that there was a climate of verbal harassment that existed. I would be surprised if someone said that they didn’t see that. So, it was verbal sexual harassment,” she continued. Earlier this week, Ann also opened up about Matt’s NBC termination in an interview with People. “Most of the men I’ve worked with have been exemplary. I feel real hope that change is coming. That our daughters are not going to have to face what the majority of women in this country who’ve entered the workplace have had to face.” 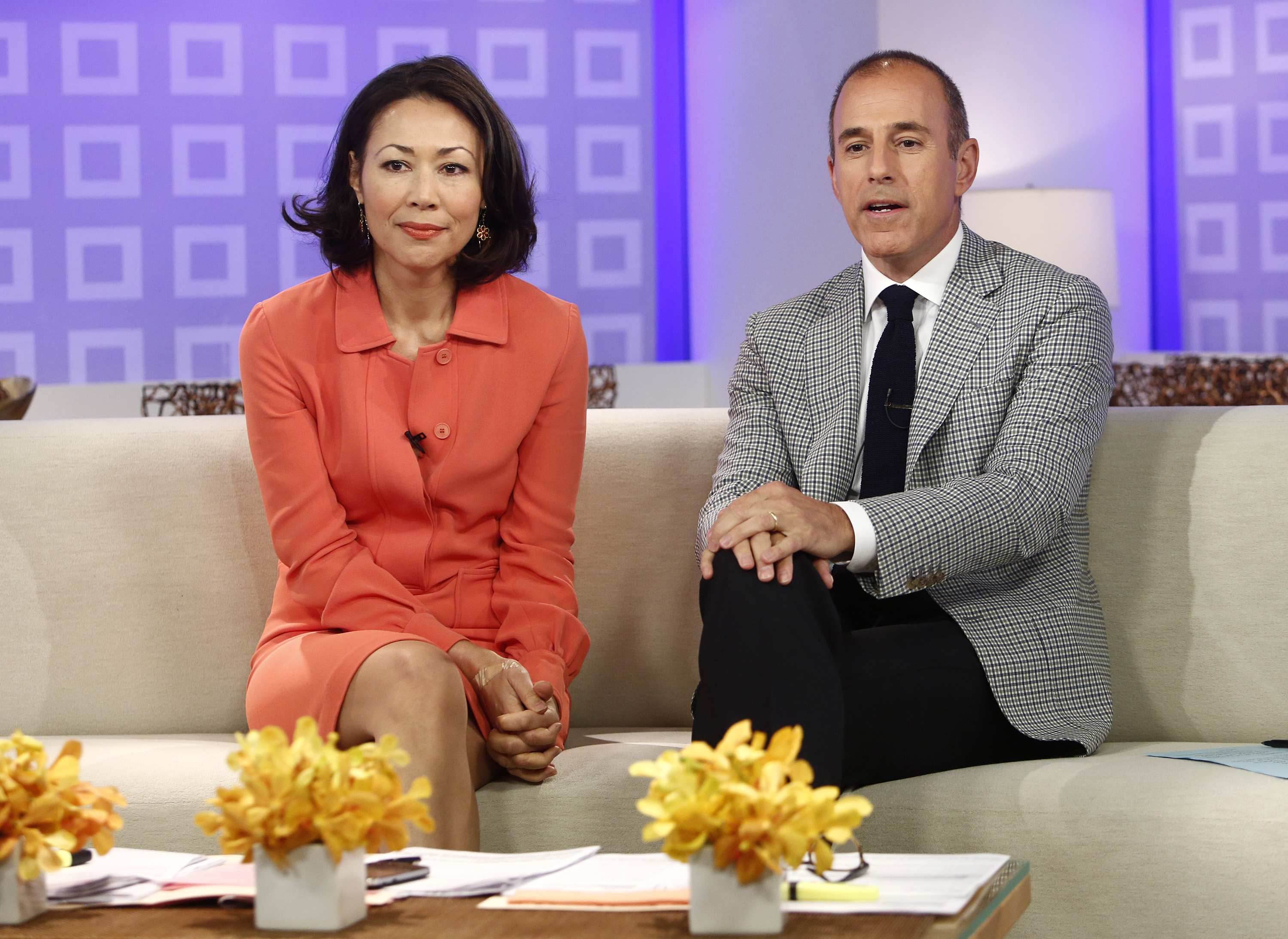 Ann, 61, previously worked alongside Matt, 60, on the TODAY show from 1997 until 2012. After being promoted to the show’s co-anchor in 2011 — to replace star Meredith Vieira — Ann was fired from NBC in 2012 due to a “lack of chemistry” with Matt. “Everybody at NBC, everybody at the TODAY show, everybody understood that Ann was kicked out of her position because Matt didn’t want her there. That’s why it was so personal between Ann and Matt,” a prominent NBC staffer said at the time.

Following the news of Matt’s firing, many TODAY fans assumed Ann must have been thrilled about his dismissal from the network. “I wish I could say that I was celebrating. But actually, I immediately checked myself. Because I knew women had suffered. I’m not a vengeful person. I know what it’s like to be humiliated. I just don’t want to play a part in anyone else’s humiliation,” she told People. She also candidly discussed her prior exit from TODAY — and recalled the experience “hurt so much.” She continued, “It hurt like hell. It hurt so much, but I learned a lot about myself. I can say I’ve done nothing wrong. I’ve been honest and true. I’ve tried to stay pure. I’ve tried to not respond in a knee-jerk manner, and I’ve stayed very close to who I am. So it hurt, but I’m also proud of myself.”

Today, Ann said she doesn’t hold any grudges against NBC. “I’m not going to say it wasn’t hard. But I had to let go. And I learned that when you not only let go but open your arms wide and learn the lessons that an experience — no matter how bad — can teach you, that’s when you rise,” she said. “I can say today I’m stronger now. I’m smarter. I’m happier, as happy as I’ve ever been. And my compassion has only grown. When you go through the pain and learn the lessons, you will be changed for the better.”

Interestingly, Life & Style magazine recently reported that Ann could return to the TODAY show to work with newly appointed co-anchor Hoda Kotb and veteran star Savannah Guthrie. “There is talk now of bringing Ann back,” an insider revealed, adding that roles including special correspondent and co-host fill-in are under consideration. “They’ve always felt Ann was an incredibly likable colleague. They feel there’s a place for her [on the show].” 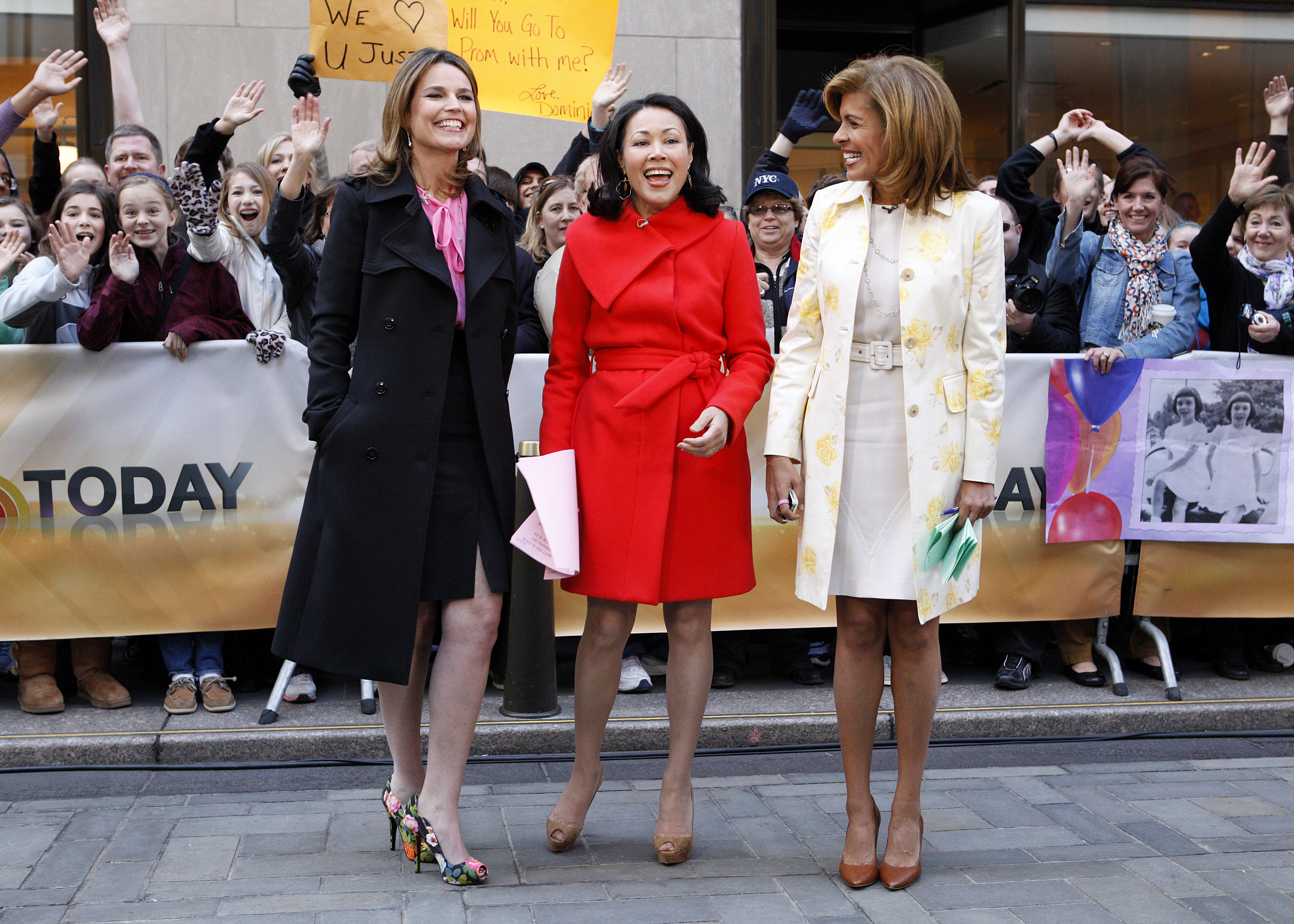