It’s a fair question: Does your nose keep growing as you age? If you’ve ever wondered about the ever-so-slight changes happening right there on your own face, rest assured that you’re not alone. Millions of people have found themselves staring at recent photographs or at their reflections in mirrors, trying to figure out why their faces look just a little bit, well, different than they used to look.

Does your nose really keep growing as you age?

If you’re one of those people (and we’re right there with you) with the sinking suspicion that your nose is getting larger, we have some unsettling news for you: Yes, your nose does keep growing as you get up there in years. We checked in with an expert — Gregory Levitin, MD, an otolaryngologist at New York Eye and Ear Infirmary of Mount Sinai — who explained that the nose doesn’t start or stop growing at any specific time; it just grows slowly and gradually throughout adulthood.

“It’s actually true,” says Dr. Levitin. “Over many, many years — decades and decades, really — the cartilage of your nose continues to grow and shift slowly over time. The nose of your youth is no longer the nose you have as you age.”

If it seems like a cruel joke that your body is playing on you, it’s not: There’s actually a pretty good explanation as to why this happens to our noses as opposed to other parts of our bodies. 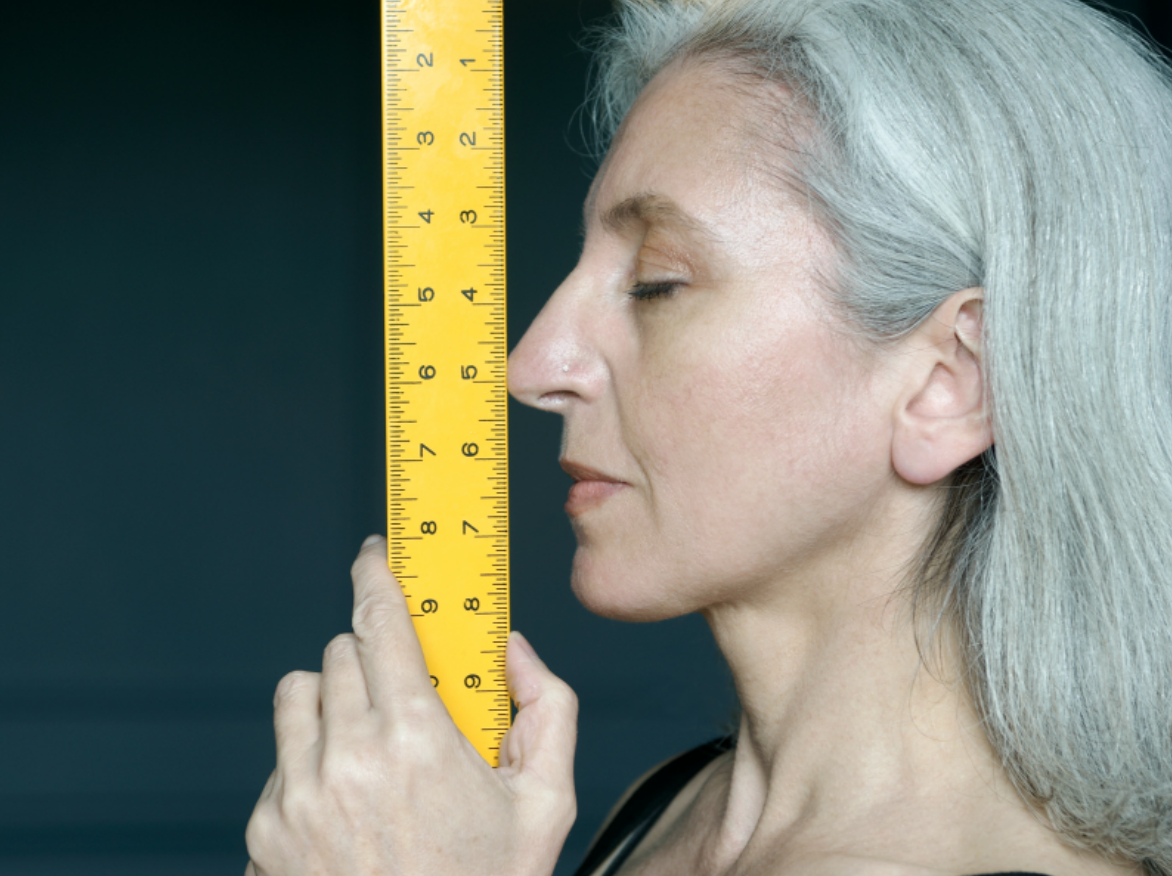 Why does your nose keep growing?

“The nose is made up of skin — the soft tissue — cartilage, and bone,” says Levitin. “Bone grows through puberty and stops. Skin changes as we age; there’s tightness when we’re youthful and then it slowly stretches and falls as we get older. The cartilage is what continues to grow — and when the nose cartilage grows, it projects and it widens and gets longer, and then falls over, which is why you sometimes see very old people with those bigger, bulbous noses,” says Levitin.

Yikes! A little frightening, isn’t it? But before you go worrying that you’re turning into some twisted version of Pinocchio or a scary witch, there are a few reasons why you should relax. One, the change is probably not as noticeable as you think. Two, there’s not much any of us can do about it, short of rhinoplasty.

“It’s a natural part of aging, and it happens to all of us,” says Levitin. “Because it happens slowly, it’s rarely a noticeable process and usually doesn’t result in any significant change until late adulthood — i.e., over age 60. By that time, most people are comfortable in their own skin. But if the nose — or face — has changed one’s appearance in a negative way, then one can always consider medical or surgical options.”

Oh, and if you’ve ever wondered, “Do your nose and ears keep growing?” you’re right on the money there as well — ears are also made of cartilage, and they continue to gradually grow as you age as well, according to Levitin.

What else happens to the nose as we age?

“The tissues inside our nose — known as the mucosal tissues — lose some of their elasticity or resilience, so the nose gets a little stuffier and drippier as we age,” says Levitin, who notes that the problem can get progressively worse as the person gets older. The good news?

“We can treat that! For most older patients, this is a treatable condition in the office setting. There are several new office procedures to functionally improve the nose for those suffering from significant nasal obstruction or post-nasal drip,” he says.

These Are the Facial Features Your Kids Inherited From You

The 3-Step Facelift to Make You Look Thinner and Younger

Is Your Nose to Blame for Weight Gain?