We’re pretty sure a royal proposal could be in Meghan Markle’s near future–given Prince Harry is clearly smitten with his lady–yet we’re dying to know: what EXACTLY will we call Markle once she walks down the aisle?

According to RoyalCentral.co.uk, Markle would take Prince Harry’s title per marital tradition in the UK, making her HRH Princess Henry of Wales. Still, she would not be called Princess Meghan, as that title is reserved for those who are born into the British monarchy. In fact, this is why Kate Middleton is known as Catherine, Duchess of Cambridge–not Princess Kate.

While we hope to see “Princess Henry of Wales” in the headlines soon, there are a few obstacles the couple must overcome before Prince Harry gets down on one knee. 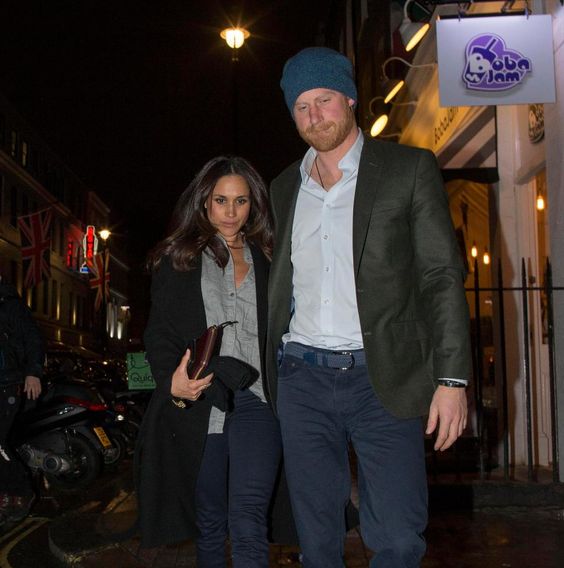 For one, Markle is a divorcée (she split from producer Trevor Engleson in 2013) and historically, royals have not been allowed to marry divorceés. This shouldn’t be too much of an issue, however, as the royal family has modernized their attitudes towards marriage in the last 60 years. If Harry does decide to propose, he will follow the example set by Prince Charles, who married fellow divorcée Camilla Parker Bowles (aka Duchess of Cornwall) in 2005.

MUST-SEE: These New Rumors May Mean Meghan Markle Is In Line to the Throne

Other concerns stem around the fact that Markle, who attended the private Immaculate Heart Convent school in L.A., is Catholic. According to George III’s Royal Marriages Act of 1772, senior members of the royal family are prohibited from marrying Catholics. Fortunately, this ruling was overtuned in 2015 under the Succession to the Crown Act, so that members of the royal family can now marry Catholics. What a relief.

At the end of the day, Prince Harry will need the Queen to sign off on the union. According to the Succesion to the Crown Act, the first six in line to the throne require the Queen’s consent to marry. Without his grandmother’s approval, Prince Harry could lose his place in the line of succession.

If all goes well, Royal Historian Marlene Koenig explains that like William, Harry will likely be made a Duke and Markle will be coined Duchess.

“Sussex is available so [Markle] would be HRH the Duchess of Sussex. Her rank would be a princess by marriage of the United Kingdom, Great Britain, and Northern Ireland,” Koenig said.

So whether we’ll call her Princess Henry of Wales or the Duchess of Sussex, we can’t wait to see how the rest of the couple’s fairytale story plays out!

Next: These photos prove Meghan Markle and Kate Middleton are style twins!