It’s Meghan-mania! Prince Harry and his new fiancée, Meghan Markle, stepped out for their first royal engagement as a couple on Friday, December 1. The adorable duo greeted a cheering crowd outside the National Justice Museum in Nottingham. Though they spent plenty of time saying hello to fans side-by-side, Harry, 33, and Meghan, 36, eventually parted ways to chat with bystanders individually. 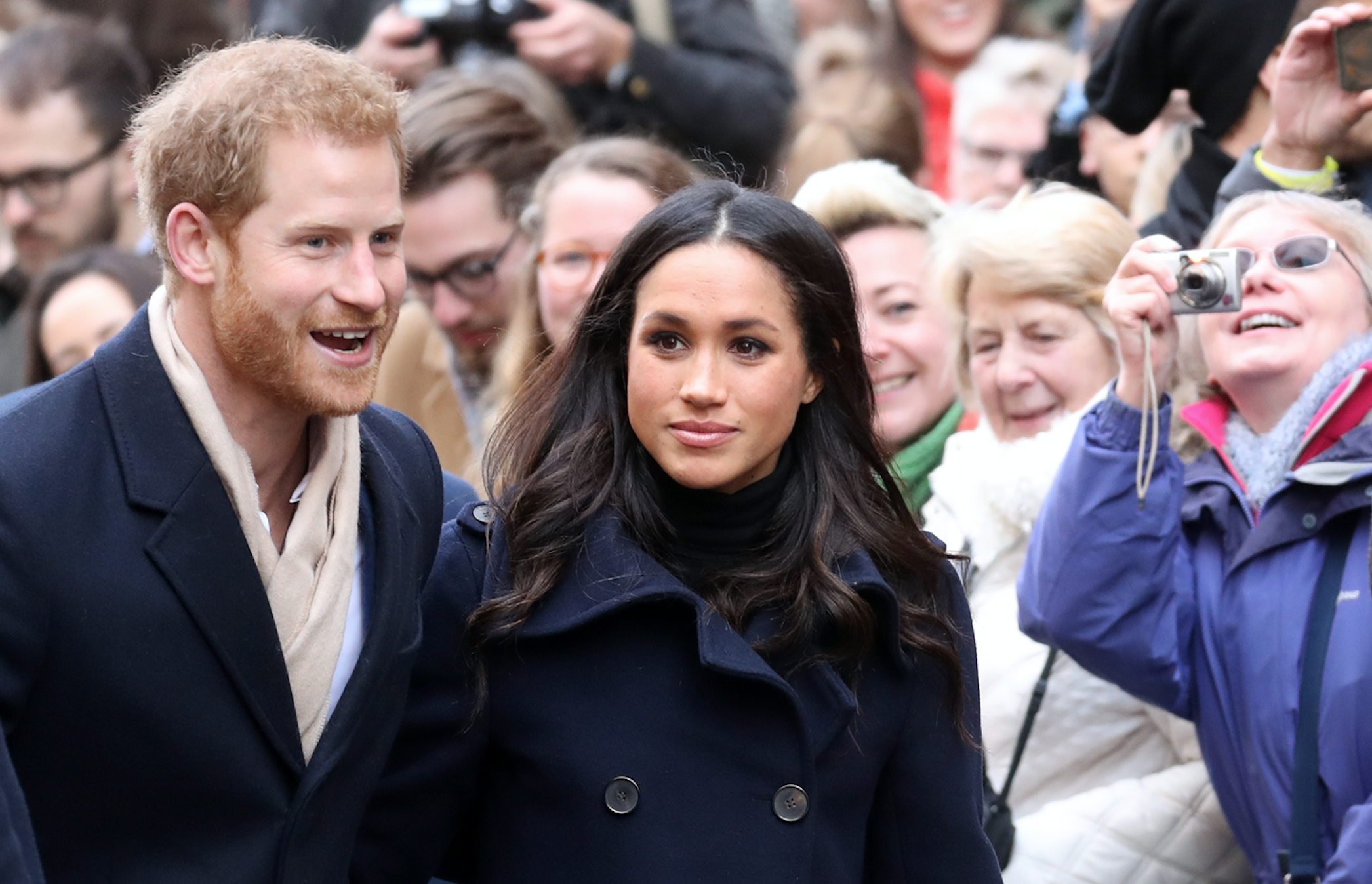 Their outing comes just days after the gorgeous pair announced their engagement on Monday, November 27, one month after Life & Style exclusively revealed that the handsome redhead proposed to the Suits alum last month. Harry dished on his proposal to Meghan earlier this week during an interview with the BBC’s Mishal Husain.

“It happened a few weeks ago, earlier this month, here at our [Kensington Palace] cottage; just a standard typical night for us. Roasting a chicken… trying to roast a chicken,” he said. “She didn’t even let me finish, she said, ‘Can I say yes, can I say yes?’ and then there was hugs and I had the ring in my finger and I was like, ‘Can I give you the ring?’ She goes, ‘Oh yes the ring!’ It was a really nice moment, it was just the two of us and I think managed to catch — catch her by surprise as well.”

With only months to go before they tie the knot in the spring of 2018, Harry and Meghan are wasting no time when it comes to fulfilling their royal duties together.

Keep scrolling to see some of the sweetest moments from their big day in Nottingham!