Best known for his upbeat dance song “Happy,” singer Pharrell Williams is surely feeling that way right about now: He and his wife Helen Lasichanh have just announced the arrival of triplets! The three babies were born earlier this month and are reportedly “happy and healthy.” Such great news!

Williams, who also shares an eight-year-old son with his wife, confirmed the news to Vanity Fair. While the couple has yet to reveal the gender or names of the tots, we’re sure that information will be coming soon. We don’t expect them to go the traditional route, either; after all, their older son’s name is Rocket! (Back in 2014, the singer told Oprah that the unique name meant that the child would “ascend” in life.) 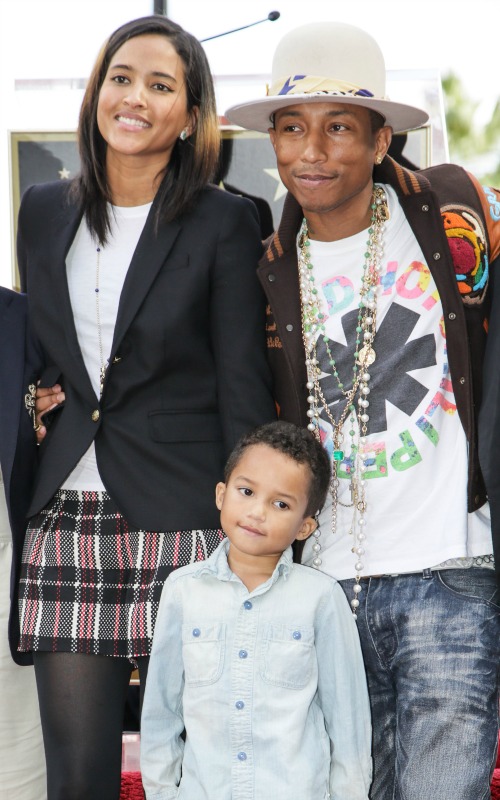 In the meantime, it seems like Lasichanh, a model, has given birth to a whole new backup dance crew for their dad, doesn’t it?

MUST-SEE: See How Much Luke Perry’s 19-Year-Old Son Looks Like Him

While we can think of plenty of celebrities with multiples–Celine Dion, Mariah Carey, Sarah Jessica Parker, J.Lo, and Angelina Jolie are all parents of twins–Williams is one of the only celebs around with triplets.

We’re so thrilled for him and his wife, and glad that they seem to be doing well as a couple. As Williams once told Savannah Guthrie on The Today Show, he and Lasichanh are best pals. “The bestie thing is awesome. Every night is like a sleepover,” he said at the time.

So cute! Congratulations to the whole big brood.

NEXT: Here are 12 photos that prove being a parent is hard, even for a celebrity