Is Prince Harry’s girlfriend Meghan Markle on her way to becoming a royal? According to her Suits co-star Patrick J. Adams, it looks like that’s a real possibility.

In an Ask Me Anything (AMA) thread on Reddit, Adams took part in a Q&A session with his fans. While most questions focused on Adams and Suits, the conversation soon turned to Adams’ co-star, Meghan Markle. He was inevitably asked to comment on her relationship with Prince Harry, 32. 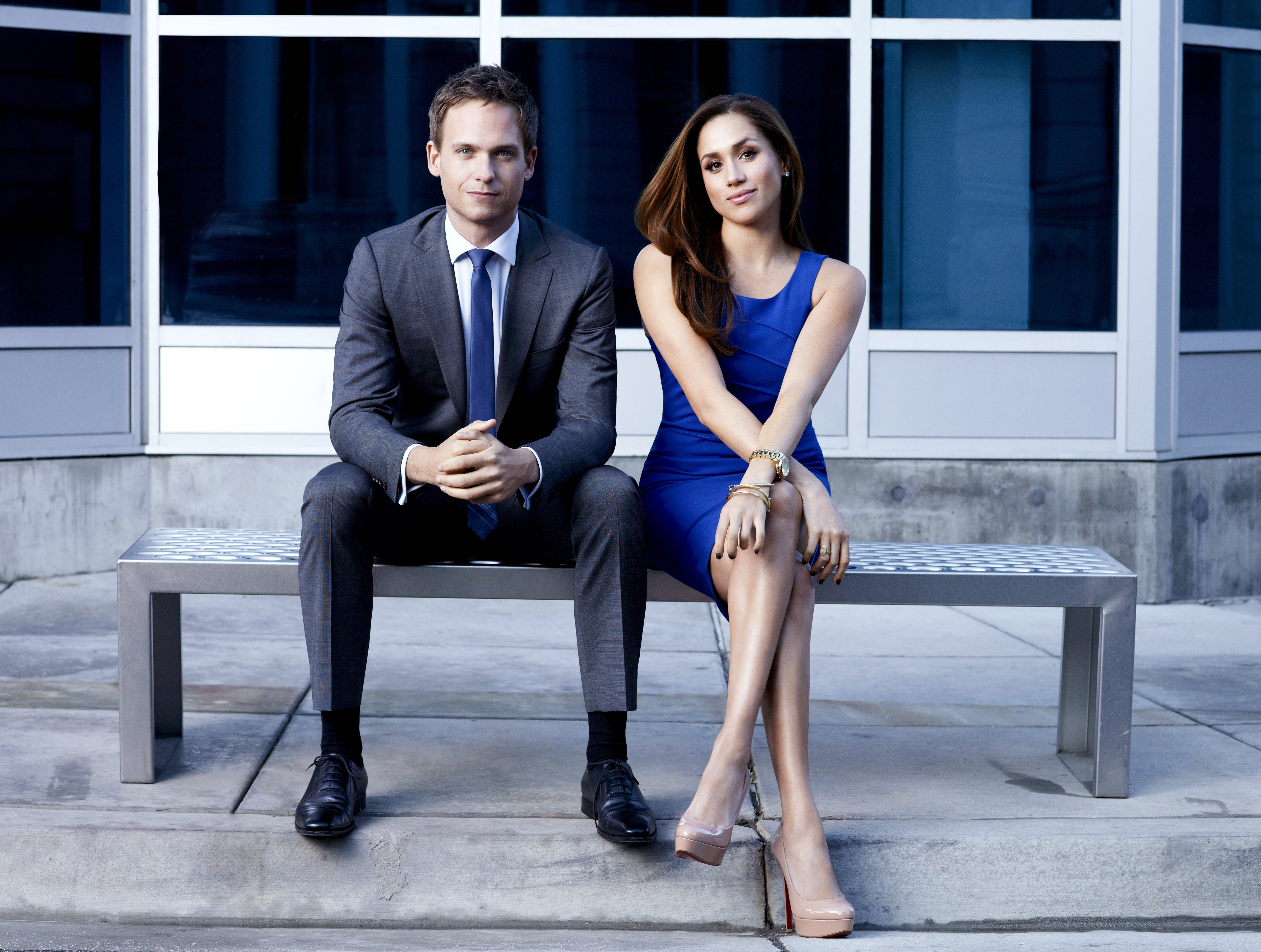 Adams, 35, plays Mike Ross, Rachel Zane, Markle’s on-screen character’s, fiance. Since the show’s beginning in 2011, the two have become close friends, so who better to comment on the royal romance?

“Hey Patrick! What’s it like making out on-screen with the potentially future princess of England?” wrote Reddit user swaminator201.

“The same as it was before she was potentially a future princess of England,” Adams responds.

Sadly, Adams neither confirms nor denies that Meghan Markle and Prince Harry are planning to walk down the aisle any time soon. But we’re getting excited anyway!

After all, considering Markle, 35, has already met Kate Middleton and the encounter apparently went “really well,” another royal wedding really might be in the works. Prince Harry has met Meghan Markle’s father, who approves of his daughter’s relationship. Even Queen Elizabeth is reportedly “fully supportive” of her grandson’s girlfriend.

Since their relationship went public in late 2016, the two have tried to keep their relationship low-key. The pair were photographed together for the first time in December, and since then they have slowly become more open with the press.

Initially, Markle was the target of trolls, facing abuse and scorn in both newspapers and on the Internet. Her boyfriend quickly stepped in defend her, and Kensington Palace sent out a news release about the harassment.

Prince Harry and Meghan Markle are said to have met at the Invictus Games, an event Prince Harry started to honor wounded military veterans. And with approval from both families, and similar interests in humanitarian causes, these lovebirds look like the perfect match!

NEXT: These pictures prove that Kate Middleton and Prince Harry’s new girlfriend are style twins!